Bluezone Australia announces the arrival of the Bluezone® Model 420 in Australia.  "After a number of years in development and successful field trials in cannabis grow houses, Bluezone® Products Inc. has released the new feature packed Bluezone® Model 420," the team with the company explains. 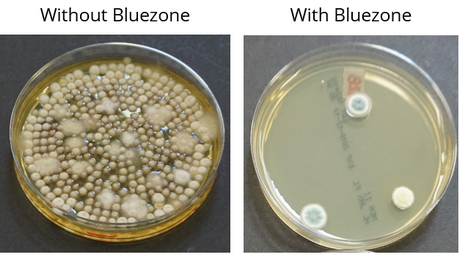 "Designed initially for the United States Army to protect fruit and vegetables in transit and storage, Bluezone® technology is a unique, patented technology that strips bacterial, fungi, ethylene, hydrocarbons, odours and other organic contaminants from the atmosphere," the team further explains. " Bluezone® Technology does not use chemicals, filters or release ozone into the work environment and it has passed the Californian Environmental regulations for environmental and human safety."

Built on the back of other Bluezone® models the new Bluezone® Model 420:

According to the company, trials show when used in the cannabis industry Bluezone® technology:

Keith Maggs, CEO of Bluezone Australia said “we are particularly keen to trial this technology in the veg, flower and trim rooms of growing facilities and wherever botrytis, powdery mildew or odours are a problem”.