AU: One of the world's largest MMJ facilities to be built in Victoria

Plans are underway to shortly begin building the facility on the 178 acres of land bought by Cannatrek (as previously announced). The facility will include a 160,000m2 growing area under a giant high-technology glasshouse. When operating at full production, the Company aims to produce 160 tonnes of medicinal cannabis per year.

In commenting on the facility, Tommy Huppert, CEO of Cannatrek, said the approval was the result of many years of hard work:

“Getting local planning approval has been a huge step for us; with the development assistance that we are getting from the Victorian Government, we are confident that we can be a major low-cost producer of medicinal cannabis for Australian patients, as well as for world markets.

“Our aim is to cultivate, process and manufacture affordable medicinal cannabis as a clean, green, therapeutic product of choice for hundreds of thousands of patients in Australia and overseas.”

Huppert also said the Company chose Shepparton because of its abundant water, long hours of sunlight and passionate people with significant skills in agri-technology:

“We believe that the region will become a major centre for the production of medicinal cannabis. We are delighted that the local council is so enthusiastic about our project.

“We will be a major employer and there will be significant and positive knock-on effects in the region. We are now preparing the development to build a scalable project and we have received planning permission for the entire project.” 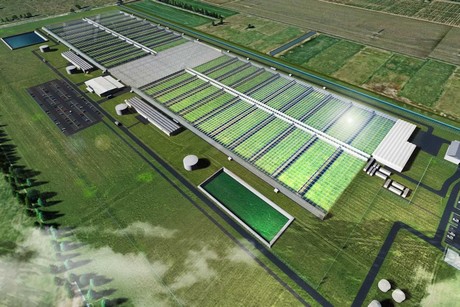 An estimated 300,000 to 500,000 Australians buy cannabis on the black market each year in order to self-medicate. Trials of legal, medicinal cannabis are currently underway in Australia with nearly all medicinal being imported, making it expensive.

As of July 2019, authorities in Australia have granted approximately 11,500 approvals, under the Special Access Scheme, for the legal use of medicinal cannabis, with almost 10,500 of those authorisations being approved in the last 12 months alone. The billion-dollar Australian medicinal cannabis industry is forecasting significant growth to an estimated 20,000+ approvals by the end of 2019.

Cannatrek holds eight licences to commercialise a seed-to-patient business in Australia. It has completed commissioning of its Queensland site, near Brisbane, for full R&D and commercial production to begin shortly, making Cannatrek a first mover, at scale, in this nascent Australian industry.