"We grow vertically, thus using less space through optimizing the height of our facility"

Nature’s Remedy is a vertically integrated cannabis company which produces, processes, extracts, and distributes through its several retail locations, all in the state of Massachusetts. “The situation here is highly competitive, mostly because there is not enough supply to meet consumers’ demand,” says Keenan Mahoney with Nature’s Remedy. “However, there are many large facilities that will be completed in 18 months or so, therefore the overall situation should improve.”

Thriving in Massachusetts
The entry barrier is very high, which might be one of the reasons why the supply is lacking. “We are fully indoors, in a cogen facility,” Keenan explains. “We use a liquid power gas generator. To put it bluntly, we are as closed-loop as we can be. We recapture and refilter all of our runoff. In this way, we have no significant discharge.” However, this is not the only reason why they grow indoors. “The regulations in Massachusetts are very strict, especially when it comes to testing. No biological contaminants are allowed – which is totally fair as we are crafting medicines for patients. Exactly because of this, growing in a greenhouse is a bit too risky, as that is a type of environment which can be too unnecessarily difficult to manage correctly.”

The issue of prioritizing flower canopy
According to Keenan, one of the most common issues he has seen is the tendency of prioritizing flower canopy over other equally important aspects. “They plant to the full extent of the canopy limit, and eventually there is no support space for that production,” he says. “Thus, you can see small locker rooms, or drying rooms that are just inadequate for the final phases of production. The best way to avoid that is to bring everybody into the conversation. As in, the growers need to agree with the design, because there are so many moving parts in these facilities.”

The importance of space optimization
Thus, Keenan further explains that a number of growers tend to overlook space optimization. “That is why we selected Pipp Horticulture and their racking system,” he explains. “This way, we grow vertically, thus using less space through optimizing the height of our facility; our ceiling is 15 feet high, indeed!” Keenan says that initially, he was using any sorts of makeshift racking, which of course was not particularly suitable. “The Pipp Racking system allows us to grow 1,000 plants per rack, and it rolls like a charm. This makes the irrigation extremely easy, and saves a lot of time.” 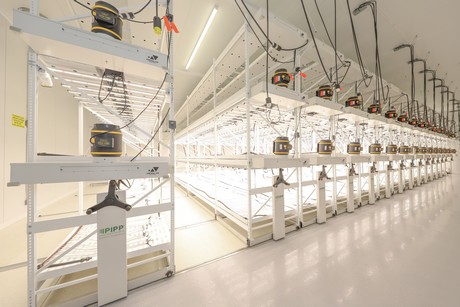 Keenan says that Nature’s Remedy’s irrigation system is a “passive hydro system with rockwool, a drip irrigation system specifically.” According to Keenan, rockwool is more consistent and easier to store than coco. “Coco can be of very different quality – it is hard to find one that is consistent with regards to that. The strict Massachusetts regulations demand testing the product for heavy metals, and so on. Using rockwool solves this problem right away.” 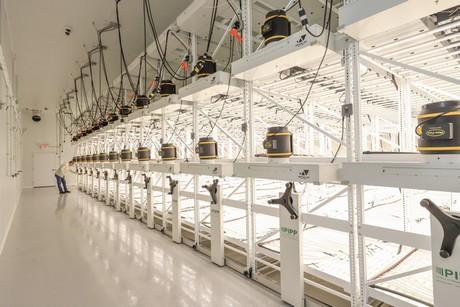 The strict Massachusetts regulations are also the reason why Nature’s Remedy opted for an indoor facility, rather than a greenhouse or an open field. “This is only part of the reason, as the argument is slightly more complex,” he says. “The weather here is not particularly suitable for cannabis greenhouse or outdoor grows. Temperature fluctuations occur on a daily basis, and generally it is always quite humid and wet. In greenhouses or outdoors, it is almost guaranteed to have botrytis or mold issues.”