NL: "If botrytis gets into the crop, the damage can be massive"

In a recent episode of the Dutch TV program De Monitor, host Teun van de Keuken explored the Dutch cannabis industry after a consumer expressed concerns about the quality of the cannabis being sold in Dutch coffeeshops. Because of the construction surrounding the legal sale of cannabis in the Netherlands, there is relatively little quality control in place for the product, according to them.

Kiejan Dam is a consumer, and he explains to De Monitor his worries about fungus and chemical crop protection in his cannabis. He uses a microscope to check the cannabis he uses and has, on multiple occasions, come across impurities such as hair, sand, and even fungus in his cannabis, according to him. Like many others, Kiejan wants better quality control on the product available on the Dutch market.

Because of the strange legal construction in the Dutch law surrounding cannabis consumption, it is illegal for retailers to test the cannabis they sell. Rienus Beintema, former illegal grower and current producer of cannabis oil, does tests on cannabis illegally. “I think it’s ridiculous that for 40 years we have no idea what we have been consuming,” he told De Monitor. “I see this as a shortcoming from the government.” 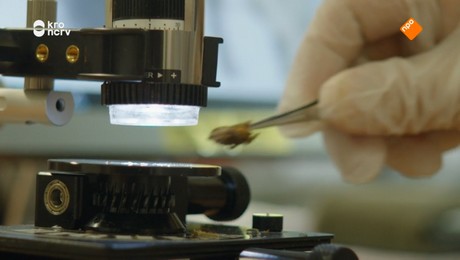 They test multiple different samples of cannabis that the reporter brought along and every single one of them has impurities, whether it be sand, hair, small insects, artificial trichomes, or even residue of chemical crop protection. The person conducting the tests says that it is quite difficult to find good cannabis that is safe for consumption on the Dutch market. "And the government knows this," the reporter points out.

Reports
According to the reporter, a government report shows that 103 municipalities that feature coffeeshops have expressed concerns about the quality of the cannabis that is being sold within their borders. The report speaks of “excesses of tampering with cultivation” through “growth promoters, pesticides,” and even “hair spray to mask a failed harvest.”

Some coffeeshops do some simple testing to check the quality of the product they receive, but most of it is based on a mutual trust, they say. Though a coffeeshop owner that is interviewed does say that if he denies to buy from a particular seller, they would just turn to another retailer. 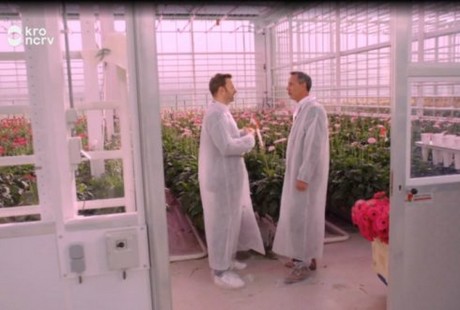 For this type of research, it’s very important to grow the crop in a clean way, but illegal growers do not care about that. “I can imagine they would want to minimize the risks on a failed harvest,” says Eric. “If a fungus like botrytis gets into the produce, which happens at the end stage of cultivation as the flowers begin to bloom, the damage can be massive.” So it’s easier to just spray some chemical crop protection on it.

How unhealthy is it really?
The reporter is left with one lingering question, how unhealthy is it really to have chemical crop protection residue on cannabis? A report by the RIVM, the Dutch National Institute for Public Health and the Environment, states that there is indeed residue of chemical crop protection on most of the cannabis they tested, but that they consider the amounts to be so low that it carries no risks. Both the biochemist Arno Hazenkamp and professor of toxicology Martin van den Berg disagree with this notion. 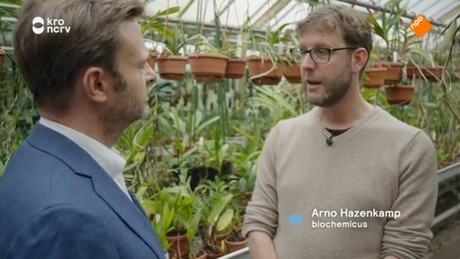 Arno finds the fact that 23 out of the 25 tested samples in the report contained pesticides troubling. He tells the reporter that even though the chemical crop protection we know that is used on food products might not be harmful in small doses when ingested, we cannot know for sure whether smoking these substances carries any risks. Martin agrees that without knowing the actual risks of smoking these substances, they should not be allowed to be on the cannabis that is being sold.

New experiment
De Monitor concludes that both researchers and political parties want the RIVM to carry out another research into the effect of chemical crop protection residue in cannabis, but the Cabinet is stopping it. But there is some hope of improvement: an experiment with closed cultivation and supply of cannabis has been announced. Ten different municipalities will have cannabis produced legally within their borders with quality control.