CAN (BC): Habitat receives organic aquaculture certification for salmon and cannabis production

Habitat Craft Cannabis announced that it has received its Canadian General Standards Board Organic Aquaculture Standard Certification for both coho salmon and cannabis.

Organic certification
Thanks to this certification, all products grown at the company's aquaponics facility, including salmon and cannabis, will be certified organic.

"Organic certification gives the consumer the assurance that the product is produced without potentially harmful inputs: no synthetic crop protection, no synthetic nutrients, no GMOs, no antibiotics, no added hormones," says Justin Henry , Director of Aquaculture at Habitat. "The goal of organic production is to develop operations that are sustainable and are based on living ecological systems. Habitat is the quintessential example of that." 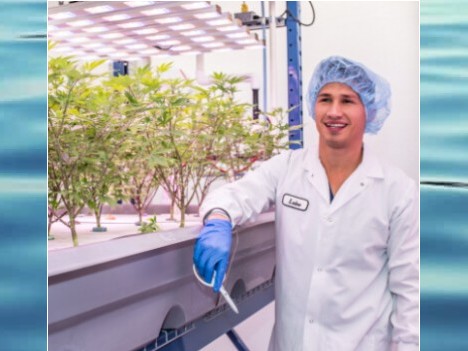 First cannabis planting underway
Habitat is transforming traditional cannabis cultivation with an innovative approach to vertical growing and aquaponics that is environmentally sustainable, while at the same time, allowing the company to cultivate organic cannabis. The company announced it has planted its first commercial crop and expects product to hit shelves as early as March of 2020. The harvest will feature two proprietary strains called Cake and Caviar from the company's genetic library.

"As long-time cultivators, we are excited to announce the official commencement of commercial cannabis operations at our facility in Chase, BC ," says Rudi Schiebel , CEO of Habitat. "In addition to now being certified organic, our team has spent years procuring and breeding proprietary genetics and we collectively believe that these first two strains that we are introducing will be well received by consumers. We have worked tirelessly to bring our high-quality cannabis to the commercial market and we believe this will set a new standard in cannabis produced under The Cannabis Act."