"Suddenly the chef pulled a gun from under his apron"

He raises his hand to just above his head: "Two meters leg height used to be high, but nowadays six meters is already common."

Piet Rensen will be with Peter Dekker Installaties for thirty years next year and will celebrate his 65th birthday on July 18. This brings the retirement age close, although Piet thinks working is still far too pleasant. “I became a part of this family business and I would miss it. I therefore hope to (be allowed to) 'stay around' as long as possible, although I certainly do not want to get in the way.”

Never "no"
Piet is doing this 'staying around' nowadays as organizer of the service and planning department at the Naaldwijk office, where he is now trying to transfer the tricks of the trade to his two successors. Both young men sometimes have trouble with him 'being talkative' and sometimes with his somewhat direct way of communicating, but at the same time they still can learn a lot from the flexible handling of sudden changing circumstances.

"In my view, the current generation sometimes says 'no' too quickly when the planning is already done and then suddenly something else has to be done differently. We never said 'no'. When Peter Dekker senior called me during the weekend with 'just go to Munich' for a breakdown, we went immediately. Not always fun for the family… but you just did it.” 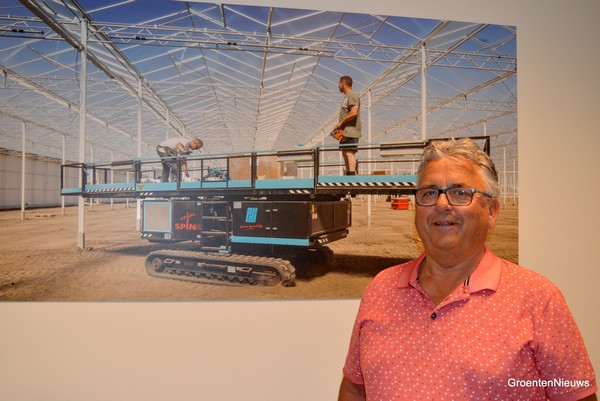 Erysipelas
That said, Piet has gradually come to realize that he has to take it 'a bit more slowly'. “I am certainly not yet finished here, although I have gradually begun to work less. This year four days a week and next year I will get two days a week off and so I will be 'on the job' for three days. And when I officially can retire, exactly 16 months from now, coincidentally just as long as my army duty, I hope to be able to keep working for two days.”

Piet has hardly been ill in all those years, where he started as a subcontractor, became a mechanic, later a contractor and now as an organizer at the office. "I have had erysipelas before, but with a bandage on my leg, I 'just' went to work. I do not think that I have been ill for more than ten days during those thirty years.”

10 by 6
It all started at PDI for Piet when he, together with Peter Dekker senior and Piet van Heuveln, moved into a shed measuring 10 by 6 meters in De Lier. “We did some tinkering there and installed screen installations in really small greenhouses. Later, the greenhouses just became bigger and bigger, although 'my largest greenhouse' has never been much larger than four hectares. That was at the Voskamp Brothers in De Lier, in the late 1990s. Machines were much less used then, it was much more climbing and scrambling.” 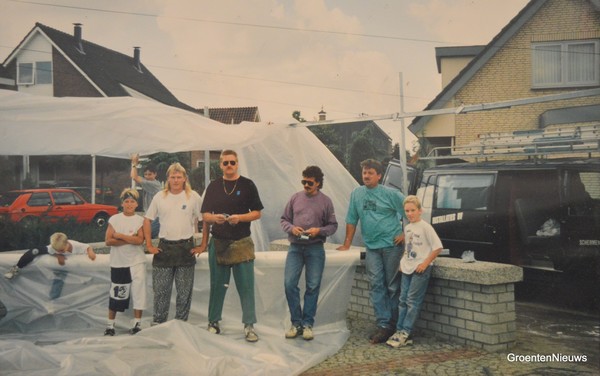 Pistol at the pizza place
Piet's working area as a mechanic and contractor was not limited to the Netherlands. Once he went with Peter Dekker senior to Brazil, to the horticultural area of ​​Holambra, in the late 1990s. “That was impressive to see, especially how the people lived there. I have never been that far away again.”

Over the years, he often went to Belgium, Germany, Switzerland, France and even for a while in southern Italy. Such journeys produced beautiful stories, tall stories as befits horticulture. Stories to tell during a coffee break. “There was a time when we did quite a few projects in Calabria, in southern Italy.

"During the day it was very hard working in the heat, but in the evening there was often time for relaxation. For example, once we were with ten guys in a pizza place and we were a bit noisy. Not uncommon among men. However, the chef could not really appreciate it and at a certain moment he pulled a gun from under his apron. It ended well, but you do not forget such things.”

'World Cup'
Also a breakdown with a Deux Chevaux on a slope in southern Germany on the way to a party - “How we managed to get back, I do not recall” - and Piet can still remember a knocked over 'World Cup' well. “That cup, as I now jokingly call it, was actually a very expensive flower vase that I knocked over on location at the time. The damage, 1500 Deutsche Mark I believe, I have properly settled and I took the cup home. Unfortunately, I just don't remember where the cup is anymore.”

The events outside working hours may have yielded wondrous stories, but they worked hard as well. And sometimes also things went wrong. “I had an accident with welding twice. Once a large piece of bubble wrap caught fire at a grower after I did the welding. In the relatively small greenhouses at the time, that was quite something, but although you did not want it to happen, it sometimes did. Nowadays that might get you into serious problems, back then it was easier to solve. Another fire, again after welding, in a boiler house, fortunately did not have serious consequences.”

Computers
When Piet, after the move to the new PDI office building on the Industriestraat in Naaldwijk about twelve years ago, changed to an office function, he initially feared for 'unrest in his body'. “Of course, because I used to be outside a lot and always busy. Still, it has gone better than expected. During 'moving inside' I learned a lot from my colleague René de Koning. I never developed a liking for computers. I limit myself to what is necessary, but to follow the fast young boys here in this area is not easy. But that does not matter.” 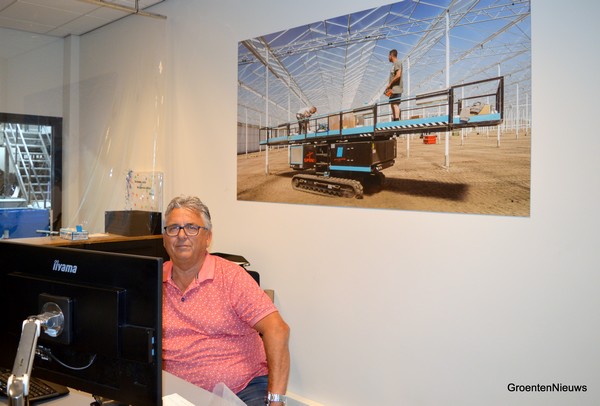 Piet's old workplace right next to the warehouse has now been taken over by one of his two successors. "It is better that he is sitting here now for the issuance of receipts, etc."

Code 95
Every Friday Piet follows the young men, or the young men follow Piet, to the regular snack bar in Naaldwijk. In the center of town they eat a greasy snack. Tradition. Triumphantly Piet makes contactless payments. “Yes, do you see that, I can do that, that modern stuff”, Piet chuckles.

He nowadays also has a handy app on his phone. “This allows me to transfer unknown numbers directly to the company, so that I no longer have to work all the time. Known numbers of regular customers who still have my number and which I have in my phone, I often still answer.”

Catching up with regular customers is always great. For this reason, the annual visit to the large greenhouses in Middenmeer also remains. And who knows, Piet might sometimes be seen on the truck. “I recently renewed my Code 95. With that I can go on for another five years and I hope to take a ride on our trucks every now and then, although I do not intend to become a driver,” Piet hastens to say. "Remember, I was going to slow down."