It does not come as surprising that the most important thing in controlled environment agriculture operations is to control the environment in such a way that plants can thrive optimally. For each of the stages of the life cycle of a plant, there are recommended environmental conditions to maintain, which all include a balance of temperature, humidity and CO2.

Too hot or too cold?
According to Christopher Sloper, author of the book The LED Grow Book, plants have developed mechanisms which allow them to defend themselves from too high temperatures. At the same time, by activating said mechanisms, the plant would divert its energy to support its defense rather than using it for the development of fruits or flowers. On top of that, there are specific chemical reactions happening within the plants that depend on enzymes which might stop functioning if there is not an optimal temperature. 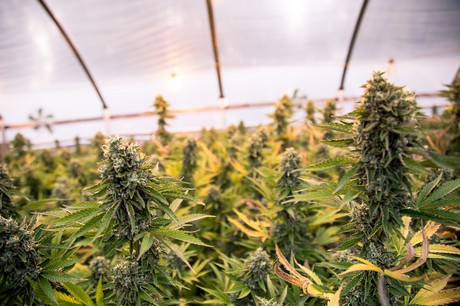 Even though a too hot grow environment is one of the most common challenges, there are instances in which the grow room might be too cold. The reason why the former is more common than the latter has to do with the habit of cannabis growers of using HPS lamps, which produce a lot of heat that needs to be balanced out. At the same time, by using LED lights, it might occur that the environment gets too cold, which ultimately can reduce the harvests. Both the hot and cold issues can be solved with an HVAC system, according to Sloper, which should include both A/C and heating. With regards to this, the author stresses the fact that HVAC systems need to be designed by professional and qualified people, as these are very complex systems.

Humidity
Humidity also plays a crucial role in commercial cannabis grows, because if it gets out of control, the chances of experiencing pathogen outbreaks increase exponentially. Sloper points out how it is always important to plan for the worst-case scenario. “Since plants transpire up to 97% of the water they take in, as a rule of thumb, assume they transpire 100% of the water they are fed,” he explains. Interestingly enough, Sloper remarks how plants grown under LED lights seem to have a higher humidity tolerance, but “more research on the topic is required,” he points out.

At the same time, the optimal level of humidity varies according to the growth stage of the plant. Therefore, in order to understand that, it is crucial to know what the VPD (vapor pressure deficit) is. 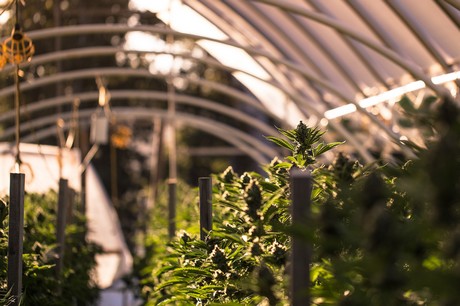 As Sloper states, “VPD is a method of determining optimum humidity and temperature for each stage of plant growth. It considers air and leaf temperatures.” According to him, VPD can also be used as a way to predict “disease threats, condensation potential, and irrigation needs.” However, there are still many things to better understand about the cannabis plant as a whole, and that is the reason why there aren’t VPD values specifically for cannabis, and thus the situation of the grow must be assessed on occasion.

Best practice, anyway, to remove the excess humidity is to use dehumidifiers, and these too should be installed by HVAC professionals, Sloper says. 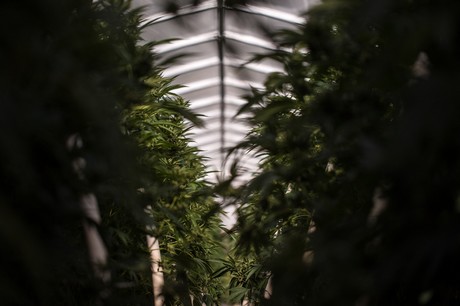 As there could be too much humidity in the grow room, it might also be that there isn’t enough of that, resulting in a too dry growing environment. The danger of such dryness is the slowing down of the plant’s growth, which ultimately has an effect on the profit of an operation. A way to solve this issue, Sloper says, is to use dry fogging systems which spray pressurized water into the air to produce a fine fog that does not get to the surfaces as it evaporates quickly.

CO2
The last thing to keep into account for an optimal growing environment is CO2, which plants feed on during the photosynthetic periods. The leaves of the plant capture the CO2, which they use to grow faster. Thus, a too low CO2 level would inevitably slow down and stop the growth of the plant. A way to fix this is by injecting CO2 inside the growing environment from a pressurized tank, which gets refilled constantly, Sloper concludes.