Giving back to the community: the cannabis industry and the city of Adelanto

“Adelanto was the first city in California to create a licensing program,” Robert Calkin explains. “And unlike other cities in California, Adelanto has always required licensors to follow the state’s guidelines, whereas other cities were more lenient about requirements for start-ups.”

A decades-long story
Robert has been active in the cannabis industry for over three decades. “I started the first branded cannabis delivery service in 1988 called Green Dot, and I delivered medicine to patients. After years of successful business, I wrote a book on how to start a cannabis delivery service, and I started teaching people all over the country how to start a cannabis business with my school Cannabis Career Institute. When legalization of cannabis occurred, I realized that we needed a different approach – you could not do things in the old way: all of a sudden you needed millions of dollars to start off a business, and also a team of experts that could guide you through all the processes. Then, I heard of the city of Adelanto, and how progressive the city was to the cannabis industry. So, I came to Adelanto from Los Angeles, stopped the teaching and the delivery, created a team, built our own facilities, and received 12 vertically integrated cannabis licenses. Bluntly put, I had to leave the old way behind to get to the new way.” 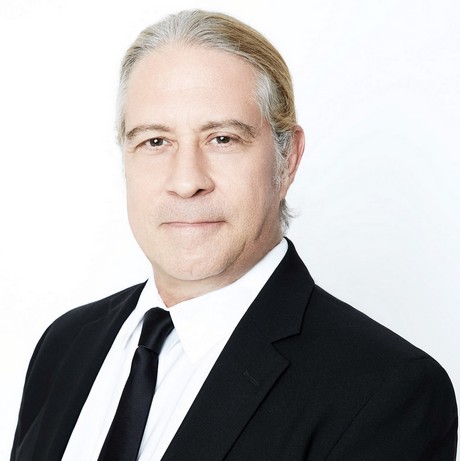 Giving back
Robert has always had very successful businesses and has always been thankful for what the cannabis plant has brought him. “Cannabis was good to me, so I wanted to help people with it too,” he says. “Unfortunately, all those mom and pop shops shut down; I tried to help them as much as possible, but many in the industry didn’t have the funds or didn’t want to deal with the compliance process: they didn’t want to get to the new way.”

Robert was not discouraged by that and kept following his goal of giving back to the community. “That’s why I came here in Adelanto in the first place,” he says. “I was pitching my CCI training initiative in the city of Adelanto to help people with qualifying for licensing. The city officials were impressed by my idea, and they proposed to build a school to bring people to Adelanto, which will be built in the near future. Without wasting time, we started MJRX, and as the vice president of human resources, we are providing jobs and attracting the best and brightest minds in the industry to Adelanto, basically bringing value to this city.”

The cannabis industry and inclusion
Robert has always put inclusion and equality at the top of his priorities. “Last year, I received a $90,000 social equity grant to help train people in Maryland, so that they would be educated on how to fill out their license applications,” he says. “The city council of Adelanto is open to social equity. This is a prison town, there are 3 prisons here, and there are many families of prisoners living here to be close to them. Providing jobs for those people is the number one goal. We have a mandate that we are to hire 60-70% local residents and are doing whatever we can to get people to move here.”

Robert’s story shows how the cannabis industry can have a very special role when it comes to inclusion, social equity, and giving back to the community. “Adelanto can be a proving ground for anyone who wants to get into the cannabis industry,” he explains. “The whole reason I came here is that I wanted to help people to access such an exciting and young industry. This city attracted me especially because they have made part of their mandate to help all of the people that are marginalized, such as veterans, minorities, and prisoners: we are giving them high priority on hiring. That is also why we are working with the city of LA to bring homeless people here to train them and give them a job.”

The next step to take, according to Robert, is to amend the cannabis regulations so that medicines can be given away for free to patients. “It is all about patients and helping people, at the end of the day,” he remarks. “Hopefully, laws are going to change so that people can have free access to the medicines they need.”