"We have now completed our 50th full-scale harvest, making the Stability Cannabis' cultivation team the most experienced legal cannabis growers in Oklahoma," said chief cultivation officer Austin Clay. "Being the largest indoor cultivator in the state allows Stability to produce dozens of varieties," he added. 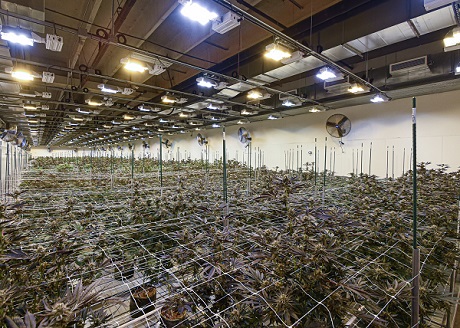 Stability, which was founded in the fourth quarter of 2018, has grown to become one of the preeminent brands in Oklahoma cannabis, having won numerous statewide awards including best cannabis flower, best cannabis store, Oklahoma's top place to work and pharmaceutical company innovator of the year.

Chief executive officer Denver Kitch commented, "Stability has created jobs for more than 100 Oklahomans, supporting hundreds of family members, and we continue to expand our workforce and benefits offerings. We are proud of the hard work of our entire team in reaching this milestone."

"This 50th harvest also marks Stability's successful completion of our multi-million-dollar Phase II expansion to our prized cultivation facilities, increasing our overall production capacity by 125%," remarked David Lewis, chief operating officer. "While there have been some flashy billboard brands enter the market and failed to find traction, we are proud to have built a sustainable operation which is an important contributor to the Oklahoma tax base as well as a significant job creator," Lewis added.