There is a cannabis cultivation facility, based in Southern Oregon, that is growing its plants in an old semi-tire retread warehouse. Many growers in the cannabis industry have decided to select an existing building and retrofit it to make it suitable for cannabis cultivation. When bringing a brand new cannabis facility into a property, growers might have an easier time to set up their operation, as everything is already fine-tuned to make cultivation happen. This is not the case when it comes to an existing building, as that needs to be retrofitted accordingly. Bill Cook, Director of Operations at Kanna-Wise, recounts his experience with the retrofitting of the old tire warehouse. “This warehouse was converted into a grow almost four years ago, and I came here almost two years ago,” he says. “There were many things that needed to be addressed; I was hired to optimize the building, and I had to take care of a number of things to make the whole cultivation run smoothly.” Indeed, Bill further explains that the building was meant for semi-trucks to get inside, and therefore everything was sized according to that. “There are four semi-truck size doors, and cracks and holes in the building. Now, everything looks perfect, and you might think of it as an indoor grow inside a barn.”

Considerations for setting up a large-scale cannabis grow
Kanna-Wise's facility is a tier 2 one; the building is 13,000 sq.ft., with 8,000 sq. ft. used for the current canopy space. “There is a lot of space that we still intend to use,” Bill says. “We also have a large backyard, in which we are probably going to put a light deprivation greenhouse, but we’ll see.” 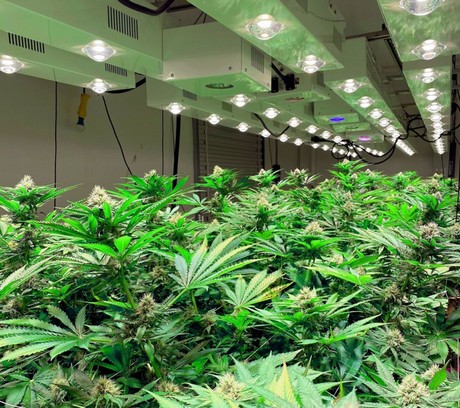 Bill is very much aware of what factors in when it comes to growing cannabis at scale. “The most challenging thing is the environment,” he remarks. “Most guys are going to say pests, but to me it's all about the environment. If I can create an optimal one, which can literally replicate the Mother Natures’ conditions, then you are not going to have as many pest or mold problems, as the plant is going to be healthy and strong enough to fight those pathogens off.”

That is why it is of the utmost importance to design the growing environment perfectly. “For instance, for every light, you need so much A/C, and you need to have a properly sized HVAC,” Bill points out. “But mainly, you need to oversize, because if something fails you, you need to have a backup, as you cannot afford plants to suffer unnecessary stress.” The other crucial aspect of growing cannabis at scale is genetics. “Genetics is key. It is probably even more important than the growing environment. With good genetics and a bad grower, you might be able to harvest some saleable flowers, but you won’t be on the top shelf. However, if you pair great genetics with a great grower, one who is following a proven system, that’s when the real magic happens.” 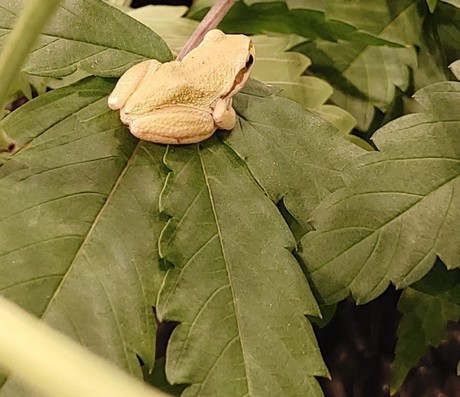 Genetic selection has indeed been critical for Bill, and a careful choice has allowed the whole operation to run 8-week cycles between the 4 different flower rooms of the facility. “We basically harvest every other week,” Bill says. “So, it is extremely important for us to bring genetics that can be harvested in that period of time; we constantly monitor the maturation of the plants also, so that we can harvest not only on a schedule, but also and especially when they are ready. It takes a little trial and error, but when you nail the processes, the results are spectacular.”

"Be like Henry Ford"
Thanks to the great experience that Bill has gathered over the years in the cannabis industry, he knows what the most important thing is when one is in the process of starting off a new cannabis operation. “Know your unknowns,” he says. “I don’t care how good you are, you don’t know everything; I don’t know everything. When you need to do a large scale project, you must call in the greenhouse experts, call in HVAC people that do this kind of stuff for a living, go to the best you can find, because you cannot know everything. It was Henry Ford who once said that he didn’t need to know everything about all the stuff that was happening in his company, because he would just call the right people that knew how to address the issue. You need to have the same kind of people on your speed dial: be like Henry Ford.” 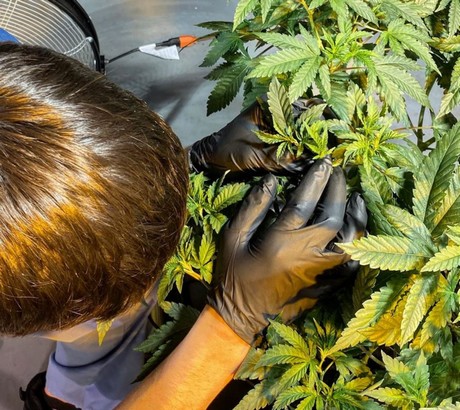 With the cannabis industry progressing at an incredibly fast pace, Bill says that he envisions a world where cannabis is in the hands of the people rather than in the hands of the few. “My company is focused on building a franchise model, so that our brand, with its hyper-efficient growing system, can be found all over the world. By following this strategy, I intend to build leaders, Growers who can run a facility and provide their local area with the exact same cannabis we are growing here in Oregon. Instead of having one corporation with one CEO running everything, you have many CEOs, many good Growers across the world producing quality medicines at competitive and affordable prices.”