Raj Janan “Janan” grew up in Northern Sri Lanka and fled the country when the civil war broke out in 1984. He met business partner John Tastad back in 2001. Over the years, they’ve started three different ventures together, ranging from technology companies to rebuilding houses after the 2004 Sri Lanka tsunami. 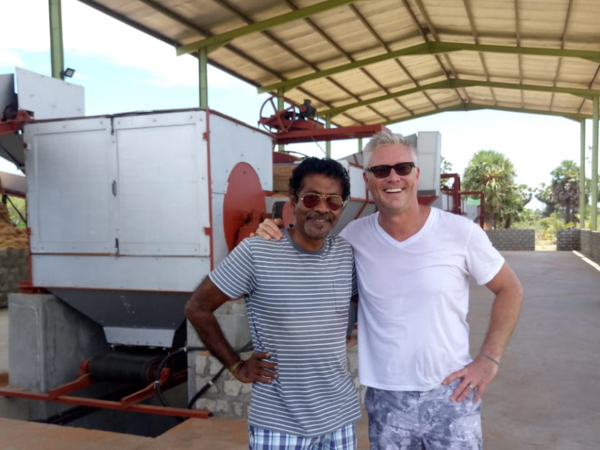 Raj Janan and John Tastad at the Sakti Farm Factory

The Sri Lankan civil war ended in 2009 but it was not safe to return due to the number of active landmines littered throughout the region.

Later in 2010, Janan traveled there to visit his home and the country that he left over 30 years ago. It was a heartbreaking visit as the beautiful Sri Lanka of his youth had transformed into a war zone wasteland riddled with bullets and mortar fire. The resulting destruction, loss and suffering the Sri Lankan Tamils endured was incomprehensible, but now they needed to move forward and rebuild. 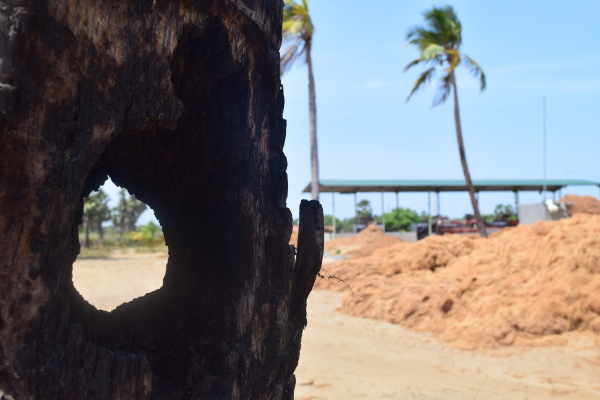 Janan was immediately struck with the overwhelming desire to do something to help. He set out researching potential businesses that could provide jobs and bring economic development to this remote part of the world that was left with little opportunities and the highest unemployment rate in the country. After researching for a few months he identified the need for the development of the coconut industry which was decimated during the war.

The first thing Janan did was to donate part of his family’s land and built a school, community center and women’s clinic. He reached out to his long-time business partner, John Tastad and asked if he would finance and partner with him on this venture.

Simply clearing Janan’s land proved dangerous as live bullets, hand grenades, rocket launchers were lying in wait throughout the property. After the land was cleared, they utilized the local workforce for the construction of a large-scale coconut fiber and coir pith processing facility which has never existed in the northern part of Sri Lanka.

They set out to build a modern facility with the welfare of the workers in mind by providing free meals to all the workers in addition to facilities like a medical room, changing room, and more. Sakti also provides free English tutoring for the workers and provides free tuition fees for any worker who is interested in pursuing higher education. 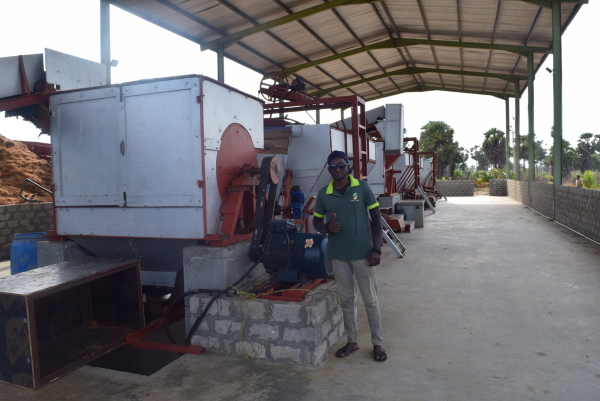 Santhru with the Sakti processing machines

Simultaneous to the construction, Sakti replanted 2000 coconut trees, in addition to banana trees, moringa and started organic cultivation of vegetables to feed the workers. Their commitment is to transform 40 acres into a self-sustaining example of manufacturing, organic farming and cultural development.

Currently, Sakti provides support to nearly 10 schools in the community in addition to community organizations and community festivals.

In 2019, Sakti was selected as the winner of the "Lak Rakiya Harasara” gold award. This is awarded by the Ministry of Manpower and Employment. This National award is an appreciation for local entrepreneurs and the self employers in the country on the basis of effective utilization of human resources and efficiently generating employment opportunities for the Sri Lankan labor force that uplifts living standards.

All of this work has culminated with bringing their premium, Sri Lankan coconut coir and fiber products to market in the United States. Sakti Agro currently has three products available on Amazon.com: a 5kg coconut coir brick, a 3-pack of 650g coconut coir bricks, and a 50L bag of loose coir. All of these products are suitable for gardening, indoor or outdoor potted plants, hydroponics, and composting.

Find their products by following this link: https://www.amazon.com/s?k=Sakti+Agro&ref=bl_dp_s_web_0