From the biggest South African strawberry producer to medical cannabis

When the cannabis industry emerged after years during which the growing of the crop had been mainly deemed as illicit, many growers saw in this new business the opportunity of a lifetime. Even though this industry is part of horticulture in general, the level of expertise and knowledge cannot be compared to the one that you would see in tomatoes or peppers, for instance. Attracted by promises of gold and fortune, a number of growers jumped into this new venture without having a second thought, maybe underestimating the level of knowledge that is required to run a large-scale agricultural operations.

It started with strawberries
Polkadraai Farm is one of the biggest strawberry producers in South Africa. The company has 4 generations worth of agricultural experience, with a strong and proven track record in cultivation. When South Africa legalized and regulated the cannabis industry, the company decided to jump into this new and profitable sector. Thanks to the many years they have been active in agriculture, the company was very much aware of the complexity of large-scale growing, especially with regards to the fact that they needed support from experts in cannabis, this being such an understudied crop. 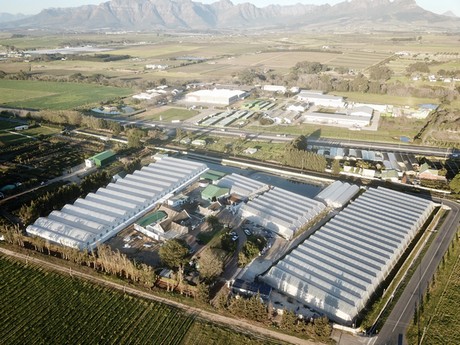 Through a collaboration between VegTech, Alweco, and other horticultural suppliers, the farm is being re-adapted for medical cannabis cultivation, with the name of Felbridge Medical Cannabis. “We have had many different projects in South Africa,” Nico Niepce with Alweco says. “Many years ago, VegTech was one of our competitors; but then, we decided to work together. Especially now that the medical cannabis industry got regulated.”

To medical cannabis
Thus, Felbridge became the first company in ZA to receive a cultivation license. Soon after, Leslie Zettler, co-owner of the company, started working on the project. “We started very early on with this new project,” he says. “We felt that we had enough cultivation knowledge to move on into cannabis.” Part of the greenhouse where strawberries and sweet peppers are grown has been retrofitted for cannabis cultivation, and 6000m2 of the old structures have also been demolished and rebuilt completely again. “Our infrastructure was built 20 years ago,” Leslie says. “But every crop has specifics for the infrastructure: in other words, it was good for hydroponic sweet peppers, but not for cannabis. So, we engaged Neta Isralls with VegTech and Alweco, and we did quite a significant retrofit.”

Neta: “This is a new industry for everyone. Wherever you are, this is relatively new. This project was truly a collaboration: Leslie and his team had a great cultivation experience; on our side, we have a team of engineers, and we can make different assessments on climate, for instance; generally speaking, there are many factors to consider in each decision: from budget, and maintenance, to longevity. We take a technical and engineer focused approach, and together with the client, we come to a conclusion.” On top of the engineer side of the support that Neta offered, his company can already boast quite an experience in large-scale cannabis growing. “We have been doing this for a number of years now with Netafim,” he remarks. “We are then able to bring that aspect to the table as well, to make an informed decision on the route to take.”

Approaching cannabis cultivation with the right mentality
This approach by Neta is particularly similar to the way Leslie and his team approach cultivation in general. “Cannabis is a whole new concept,” Leslie explains. “We were not 100% familiar with it, so we approached it as a crop; and each crop has its own nutritional, climate, and water requirements. We do things very pragmatically: this is what we need to grow this crop, and therefore we went for that.” 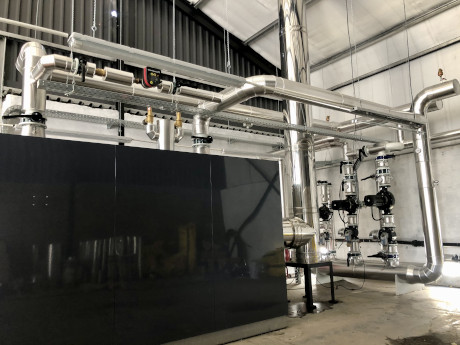 One of the things that Leslie had to take into consideration is the rapidly changing market compared to the strawberry or sweet pepper ones. “When we designed the project, we allowed a lot of flexibility,” Neta points out. “In particular on the irrigation and the fertigation. This is because cannabis is a bit more unknown with regards to the market and the genetics. Thus, needless to say, it was important to allow flexibility, so as not to be restricted in the future. That was admittedly the key consideration.” 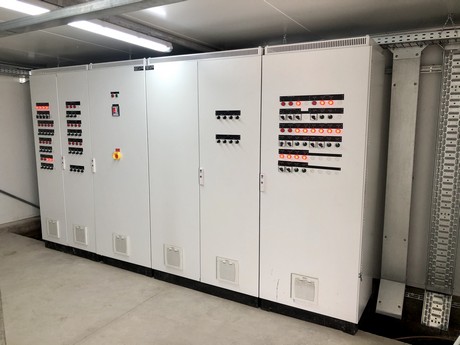 Leslie continues: “Our strategy required those changes to be in the design, so that the structure could handle said changing markets.” The impressive greenhouse that is being built is going to be truly state-of-the-art, which is going to benefit the South African cannabis industry as a whole, and especially his positioning on the global chessboard. “South Africa is the most developed country in the African continent,” Leslie observes. “There is a high availability of materials, there are quality universities for research, as well as source materials and so on. It might take a little time, but I firmly believe that ZA will find its niche, maybe not in flower production, maybe in research or seed production. We are a big agricultural economy, so it only makes sense that we are going to be an important player in the next years.”