One of the world’s most widespread pests, red spider mite - Tetranychus urticae - can be found in all agriculturally important geographical areas. That tells us something about its polyphagous and cosmopolitan nature.

“Commonly known as two-spotted spider mite (TSSM), it characteristically has two large dark spots either side of its back,” explains Biobest’s IPM and Pollination Specialist David Abeijon. “Capable of building up a population very quickly, especially in hot and dry conditions, the female mites can hibernate overwinter. In spring, when temperatures rise, they become active again and give birth to the next population.”

Signs and symptoms
TSSM damage crops through feeding which can lead to fruit and yield reductions.

“The main symptom, observed with the naked eye, is leaf yellowing,” explains David. “Initially pale-yellow spots can develop into a general yellowing – leading to stunted growth and even defoliation,” he warns. 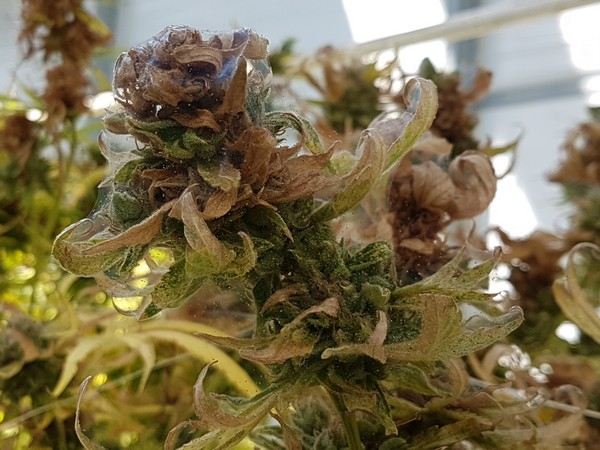 “As leaf symptoms are often easily visible, outbreaks can be confirmed by simply turning over the leaf to check for spider mites – as this is where they are generally found. However, it is advisable to find the pest before it produces any visible damage, so it is good practice to regularly monitor the underside of leaves. 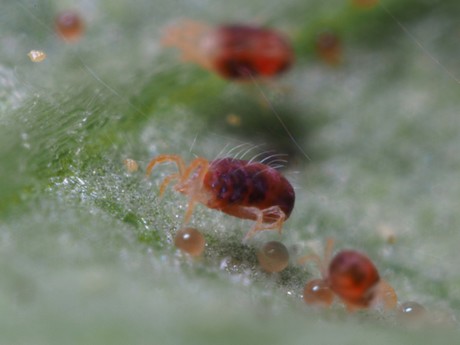 “The pest often appears on older leaf tissue, before migrating upwards - colonizing newer leaves towards the apex of the plant,” explains David. “In high numbers, the spider mites often create webs - conferring some protection from crop protection chemicals and certain natural enemies. Congregating in the head of the plant, they wait for the wind - or mechanical means - to transport them to other hosts."

Pest host range
Benefiting from having a large host range, TSSM can be found on greenhouse vegetables - such as sweet pepper, tomato, cucumber and eggplant - as well as cut flowers including rose and Chrysanthemum. It is also a major pest of most berry crops as well as cannabis and is an important pest of orchards and vineyards. Non-crop plants can also be important hosts, so it advisable to eliminate, or regularly scout, any weeds.

What does it look like
“Even though small, TSSM are generally visible with the naked eye,” says David. “The adults range in colour from pale-yellow to brown, orange, red, or even green.”

He goes on to stress the importance of establishing the pest is TSSM - and not a different species - as the control solutions may differ.

“Telling TSSM apart from other spider mites, such as Lewis Spider Mite (Eotetranychus lewisi) – is usually a job for a specialist,” says David. “Physical differences – such as size, spots and even colour – are sometimes minimal.”

Life cycle
Female TSSM adults generally lay their eggs on the underside of leaves and occasionally on their webs. The larval stage has six legs while the two nymph stages, protonymph and deutonymph, have eight. The overwintering females, which turn orange or red, tend to be harder to control with beneficials or chemicals.

Solutions
Good monitoring is key to control and TSSM can be detected in a crop before they have produced any leaf yellowing.

Biobest offers a number of biological controls for TSSM.

Preventatively, predatory mites in sachets can be introduced providing slow release – such as Californicus-Breeding-System and Andersoni-Breeding-System.

For quick, curative action, we offer predatory mites in loose material, such as the high specific, voracious and mobile Phytoseiulus-System – while Californicus-System and Andersoni-System can also feed on other pests as well as pollen.

There is also the highly mobile, predatory gall midge - Feltiella-System; these adults hatch and fly off in search of TSSM hotspots where they lay their eggs.