The cannabis market is becoming increasingly competitive, with many growers bringing their A-game to grow the highest quality cannabis. Unlike other horticultural crops, the cannabis market demands that those products have a certain quantity of a given cannabinoid. The market has been mainly revolving around two, namely THC and CBD. Indeed, the focus has been on growing cannabis with the highest percentage of THC possible so as to meet the market demand. Yet, the cannabis plant has definitely way more cannabinoids than THC and CBD that could be marketed. At the same time, growers need to be sure that the genetics they are growing are stable enough to allow the end-product to come out with the desired specifications. Since the majority of the research on how to grow the best crop mainly revolved around boosting the THC or CBD content, it is difficult to find stable genetics with a higher concentration of cannabinoids outside THC and CBD.

A promising cannabinoid: CBG
That is why Dutch Passion has been developing genetics for growers that want to grow cannabis, not for THC and CBD. Among their several varieties, CBG-Force is a genetic with a high CBG percentage and an under 0.2 THC percentage. “The medical world already pointed out many potential health benefits from using CBG rich cannabis,” Jouke Piepenbrink with Dutch Passion explains. “Studies have showed that CBG has strong anti-inflammatory and analgesic properties, as well as antidepressant and even anti-carcinogen properties – even though some research is still needed to fully make the latter claim. As the market shows more interest in cannabis products with something else than THC or CBD, CBG is one of the most promising cannabinoids to produce.” 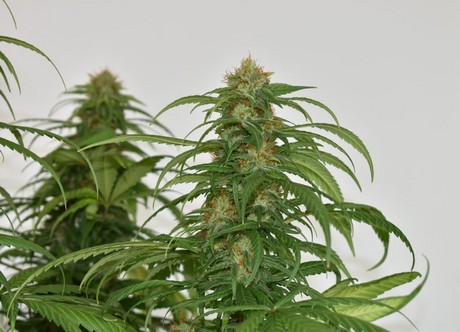 Growing CBG-rich cultivars
But what is CBG exactly? “CBG is the mother compound for other cannabinoids like THC and CBD,” Mahmoud Hanachi, Head of Genetics and New Territories at Dutch Passion, explains. “This implies that ‘early harvest’ can be beneficial as CBG does not have (more) time to convert to THC/CBD, or other cannabinoids.” Thus, the difference in the cannabinoid composition requires growers to slightly tweak their cultivation strategy, as this would greatly facilitate the development of the desired percentage of CBG. “Due to the cannabinoids being isolated in a plant only recently, specific grow tricks for CBG varieties still need to be fine-tuned,” says Kees Schelfhout with Biotabs. “But generally speaking, since it is all about the cannabinoid content, it is important to stimulate the trichome production. The recently improved Bactrex and Mycotrex by Biotabs significantly stimulate the secondary plant metabolism. Concentrating on the first is not really necessary, as a plant would grow healthy anyway. Boosting the flowering in a human consumable responsible way is the art.” 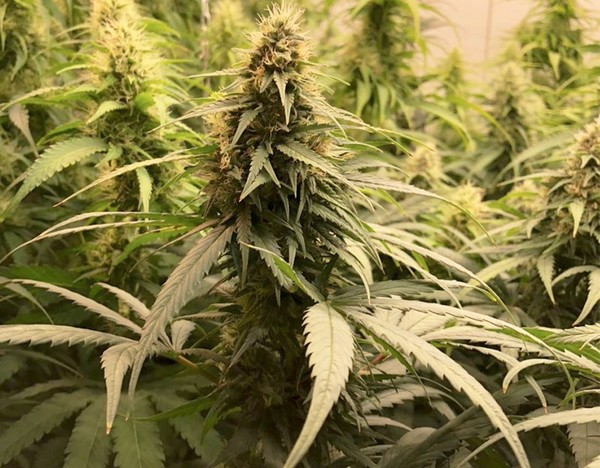 At the same time, there are a few other things that are helpful to consider to get the most out of CBG-Force by Dutch Passion. “Plant stretch is a major concern, particularly for many indoor growers. And one of the key inducing factors is the thermoperiod (day/night temperature variations). In the case of CBG-Force, a low DIF of around 2 degree Celsius would be helpful to have a better control on the plant development, and to ensure that they do not get too tall,” says Mr. Jose’, an independent grower who collaborated with Dutch Passion. “I would also suggest growing such specific and young genetics in well-proven growing systems and conditions.” On top of this, Tony with Dutch Passion also recommends using LED lights rather than HPS. “When aiming to maximize cannabinoid content in general, Dutch Passion always advises to opt for LED grow lights,” he says. “Being able to use different light spectra will help growers to better manipulate the plant growth, and thus achieving the desired CBG content.” 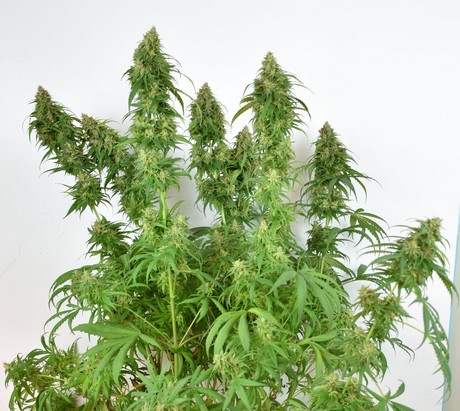 The development of cannabis genetics rich in cannabinoids other than THC and CBD does not only allow growers to be among the first movers in this highly promising cannabis market segment but also pushes the scientific community to look closer at the health benefits of CBG and other cannabinoids, so that patients have access to broader availability of cannabis medicines.