Plantalux, manufacturer of horticulture LED lighting and control systems based in Poland, has been recently implementing its products and services in domestic indoor hemp farms. Most of them are focused on growing quality hemp flowers with high CBD (Cannabidiol) content, but CBG (Cannabigerol) has been keeping the pace. “We see enormous activity in this sector especially in Switzerland but Polish farms have been popping up in first half of 2021” says Jakub Lachowski, co-founder of Plantalux.

One of the domestic projects that is worth mentioning is the one on the north of Poland – Cannabisland. Name of the company points out directly what is their business – cannabis. Cannabisland has been growing indoor hemp for CBD and CBG flowers for some time, testing lamps from various manufacturers. At the end investor decided to go with Plantalux solutions – fully automated lighting with switchboard to control how light works. “We have visited many indoor farms in Europe, US and Canada and I have to admit that Cannabisland facility not only looks excellent but incorporates high tech in cultivation” says Rafal Lachowski, co-founder of Plantalux. To provide high light intensity on the canopy Cannabisland decided to install up and down construction to place lamps on it. Apart form this advantage it makes possible to lower lamp power thus minimize heat output and water evaporation from pots. Result? Lower operating costs. “We can increase light intensity up to 1500 umol/m2/s on the canopy without worry about overheating the plants. We use CO2 which combined with good lighting results in really efficient photosynthesis” comments investor.

New indoor farms open as the market of quality CBD and CBG flowers grows. At first many companies were focused on importing dried flowers from southern European countries and then creating their own brands. Now more and more shops offer both imported and domestically grown hemp flowers so customers have a wide range of choice. 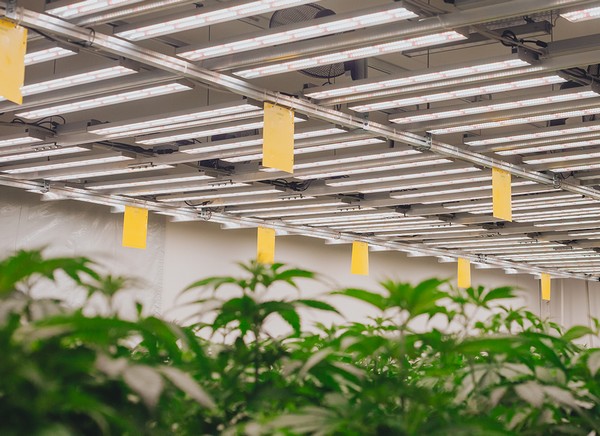 Size of those farms vary from small ones with several dozens up to thousands square meters of cultivation area. “In another project, at the first quarter of this year, we provided LED lighting, switchboards and climate computer for indoor farm in eastern Poland. The first stage that has already started growing hemp for flowers has 100 square meters of cultivation area. Regarding to investor they will be expanding with another 500 square meters only this year” adds Jakub Lachowski.

Plantalux has been active in cannabis industry since its beginning. From that time company delivered its products to Switzerland, Spain, Germany, North Macedonia, Serbia, Israel, US, Canada, Uruguay. “We have a special appetite for US and Canadian markets as our products are on the last stage of ULc certification” says Rafal Lachowski.