The importance of yeast and mold testing in the hemp industry

Producing hemp in the Northeast comes with a unique set of challenges. Irregular weather patterns, large swings in temperature, and the ubiquitous nature of airborne yeast and mold spores coincide to create a perfect storm of microbiological problems for growers working hard all season to cultivate a marketable and safe crop.

While the fruits of many crops may have a waxy rind allowing for yeast and mold spores to be rinsed away, hemp inflorescences (aka flower heads) are prone to mold spores. A water rinse, more often than not, will contribute to compounding growth of the very organisms cultivators are trying to remove. Other approaches to removal of yeasts, molds, and other spoilage organisms may lead to changes in the chemical profile of the product that could result in the crop becoming less marketable. While various remediation companies are working to continuously improve offerings like ozone treatments, gamma irradiation, or microwave remediation, others in the hemp sector push for regulatory changes that would permit them to market crops with higher counts of yeast and mold organisms.

Health risks to the consumer associated with yeasts and molds
Though many of the yeasts and molds found on hemp are relatively harmless to the consumer, management of total yeast and mold counts on a hemp crop still remains critical to maintain a healthy consumer base as well as a healthy hemp labor force. Yeast and mold in abundance on hemp plants and hemp products can be harmful to the immunocompromised as well as laborers who are exposed to chronic airborne mold, and certain more specific strains of yeast and mold can lead to dangerous infections or exposure to hazardous mycotoxins.

Consumers who may be utilizing CBD products to treat any number of medical symptoms are most at risk of opportunistic infections from some species of fungi, like members of the aspergillus genus, and in rare cases even from organisms like trichoderma harzianum, which is found in many commercially available agricultural inoculant products. Hemp material containing large amounts of fungal organisms may also contain hazardous levels of mycotoxins, compounds produced by some yeasts and molds as a defense mechanism, leading to acute toxicities or even carcinogenic effects after chronic exposure. 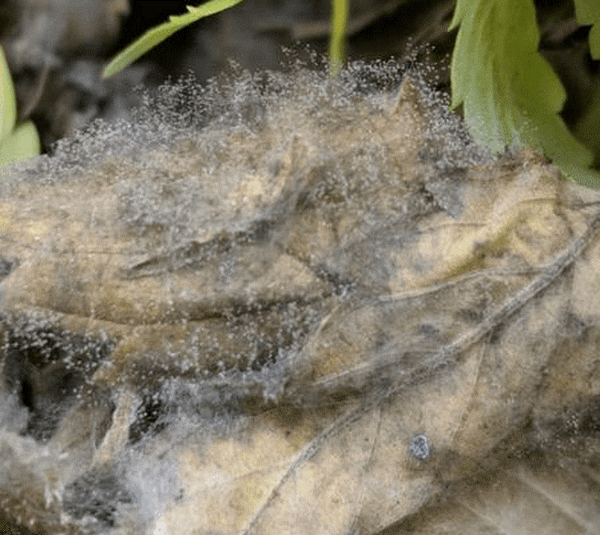 Health risks to the labor force associated with yeasts and molds
Aside from yeast and mold testing as a means of stopping hazardous fungal species and mycotoxins from making their way to the consumer base, yeast and mold testing as a function of “quality indication” plays a crucial role in protecting the labor force that produces and processes hemp plant material. While cultivation of hemp has occurred since ancient times, the legal production of hemp is relatively new, meaning risks associated with cultivation of hemp have not been investigated as thoroughly as risks associated with other crops. It’s known that certain agricultural trades have increased risk levels for hypersensitivity pneumonitis, also known as extrinsic allergic alveolitis, as a result of exposure to various molds. Illnesses with names like “berry sorter’s lung”, “farmer’s lung”, or “wine-grower’s lung” are associated with mold species like botrytis cinerea, commonly known as gray mold. This species of mold is also known as the dominant causal agent of “bud rot” in hemp production, and is commonly found on plants harvested during industrial hemp cultivation.

An investigation of air quality at an outdoor cannabis farm utilizing organic practices sampled airborne organisms and found a wide variety of mold species present in personal air samples collected near employees. Of all the fungal species identified, b. Cinerea was shown to be the most dominant species found in personal and area samples, accounting for 34% of the total fungal DNA sequences assembled.

With this in mind, should hemp cultivators be wary of a “hemp farmer’s lung” making its way into the sector as the industry continues to develop? There is still much discussion to be had about yeast and mold testing in the industry, with valid arguments towards both relaxing and increasing regulation and testing of hemp material. Further investigation is clearly needed for determining yeast and mold standards which are reasonable and acceptable for both indoor and outdoor hemp cultivation and processing areas.