Situated just 60km from South Africa`s Mother City, Paarl is one of the oldest farming towns in the Western Cape and for the first time in a long time, a new kind of farming is coming to the region. Famous for its vineyards and citrus groves and more recently blueberries, cannabis is the newest crop to catch the attention of local farmers and for the Van der Merwe family, it seemed an obvious next choice. The Van der Merwe`s and their holding company Boplaas 1743 have been farming commercially in South Africa for nearly 300 years but have previously focused on apples, pears, and citrus.

In 2019, James Simpson, an entrepreneur from Johannesburg approached the family with his vision for producing world-class, medical grade cannabis on the African continent. His goal was to build a facility of the highest standard to compete in the world market for this plant medicine. One which would be built to European standards with nothing but the best of brands used to populate the facility and peopled by high-level staff to run the operation in order to produce world-class flowers and medicine for the patients who need it.

At the beginning of 2020, the new partners broke ground overlooked by Carl Van Der Merwe and James Simpson for the new ChroniCo medical cannabis facility. Soon after work was completed in 2021, ChroniCo was granted a license to grow and process cannabis flowers by SAHPRA (South African Health Products Regulatory Authority). 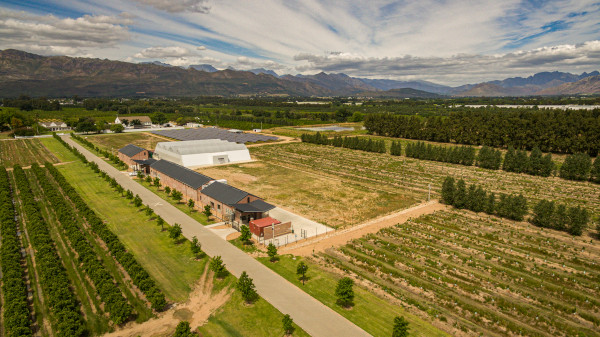 Green/Carbon-neutral footprint
“When designing the new facility, one of the guiding principles was to always be working toward carbon neutrality and to minimize both wastage and pollution,” explains James and Carl. “We have installed a large solar grid in order to harvest the solar potential from South Africa`s sunny skies. In addition to the usual land-based solar panels, we have installed a floating solar array on one of the farm dams. This allows us to operate completely off-grid. Back-up generators are also in place for those rare cloudy days, thus ensuring an uninterrupted power supply on the farm."

So as not to waste precious water, a complex system of pipes and drains was installed below ground at the facility. “Using this system, no water, other than that lost through evaporation goes to waste as well as allowing the facility to harvest rainwater during the wet season,” he continues. “Before being redistributed on the farm, the water undergoes extensive treatment through both ultrafiltration as well as reverse osmosis.”

Environmental responsibility for Boplaas 1743 is also the top priority that guided the choice of a greenhouse at the facility. “Insulated sandwich panels have been used for the walls which helps stabilize temperatures and exclude light in the greenhouse while the translucent roof means that sunlight powers the plants' growth and boosts photosynthesis resulting in healthier, happier plants while also cutting down on electricity usage,” he continues. “Fluence LED lighting is used to supplement the plants' needs when light levels are lower due to environmental factors. Retractable curtains also allow for light and temperature controls in the tunnel, and all of this is controlled by the Priva climate control system.” 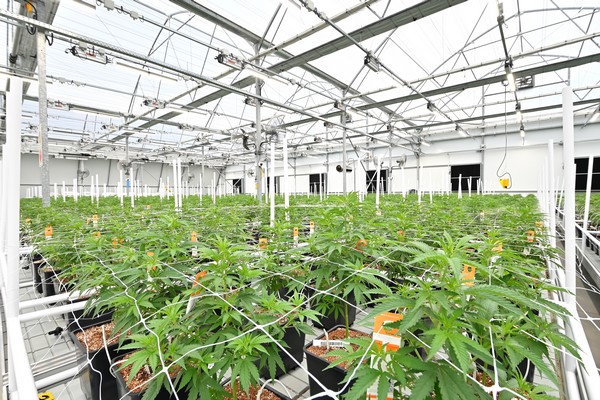 The ChroniCo Team
In order to produce a marketable product from the very first crop, Carl and James were very much aware that the success was dependent on the people in the team. Thus, they put together a very special group. “Head of Quality, Seth Copans, leads the crew, with Head of Production, Saul Abelson and Head of Cultivation, Joshua Kay backing him up and making sure the greenhouse and water production are functioning at the peak of their performance,” James remarks. “Facility manager Brad van den Heever is the man responsible for the nuts and bolts of the operation and for ensuring smooth sailing on site.” To further strengthen the group ChroniCo brought in international cannabis consultant Franz Sima from Austria. He is most well-known for his cannabis cloning nursery, Happy Plant, and the role he played in designing one of Europe`s biggest EU GMP facilities in 2019. “All members of the team have been involved in the cannabis community for many years and their passion for the plant is palpable,” says James. “Their hard work and refusal to accept anything but the best means that the future of ChroniCo in the world of medical grade cannabis is looking so bright you’d need sunglasses to look at it.”

Cultivation and IPM
Pathogens and pests are some of the biggest potential problems that face any cultivation facility.  To address this, ChroniCo has instituted various quarantine procedures for materials brought on-site to mitigate many of these issues. In addition, there is a comprehensive IPM (Integrated Pest Management) program in place. “This focuses on preventing problems before they appear, identifying problems when they do crop up and re-acting quickly and efficiently to irradicate the problem as promptly as possible,” James points out. “No toxic chemicals or pesticides are used, rather beneficial insects and biological compounds are the tools available as well as cultural cultivation practices such as defoliation and humidity control to minimize problems.” 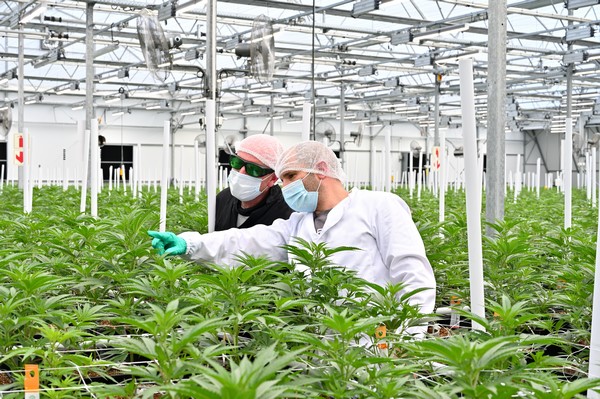 Genetics
When farming, the quality of one's staring material is of the highest importance. As the Cannabis industry is so young in South Africa, finding the correct, licensed genetics is not a simple task. However, after a thorough investigation, ChroniCo was able to source clones and seeds from several reputable suppliers.

For the first cycle of growing, the team chose a wide selection of different cultivars. “By putting numerous strains in the tunnel, our growers can see exactly how the tunnel behaves on its first round and assists with the dialing in process,” James says. “It also allows the growers to see how different varietals respond to the microclimate in the greenhouse as well as how they respond to the local weather conditions. This helps ensure proper selection for future harvests and will allow us to optimize growth and production over the coming years. Currently, a new cloning facility and mother room are being built on-site under the watchful eye of Franz Sima. Once this new addition to the facility is complete, ChroniCo will have complete control of future genetics brought onto site and will be able to produce all the young plants needed for production.”

Future Goals and Aspirations
The goal of ChroniCo is to establish high-grade medical cannabis for international and European cannabis patients, comply with EU GMP standards and follow good work ethics and best practices while caring about the environment and giving back to the community surrounding the company. “The target of highest priority is to offer unmatched high quality of cannabis flowers, referred to as „boutique cannabis“ to the patients in need,” James concludes.