Just before the recent festive period, Atrium Agri published a press release announcing the complete acquisition of VB Group and Havecon. The full acquisition of PB tec was also announced at the same time, including the part owned by investment company Victus Participations. 'With the acquisition of Atrium Agri, we are in fact buying back our own company,' says Koen Brabander of PB tec. 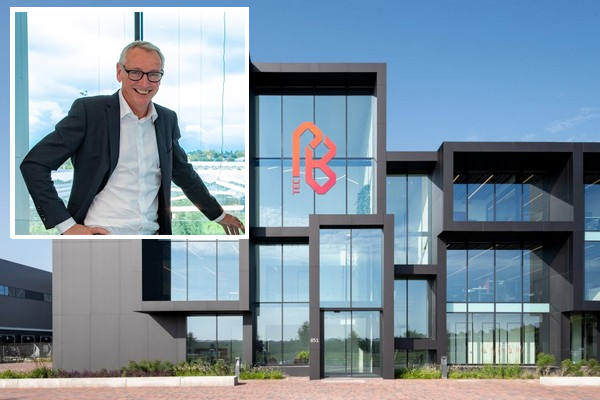 PB tec is a leading installer, specializing in electrical engineering, water engineering, automation, and lighting installations for international horticulture. The company is based in the Westland region of the Netherlands, and has branches in North America and Australia. Recently, PB tec expanded its activities with an internal transport department called PB sys. PB tec has more than 100 employees.

Support results in strong growth
In December 2018, a majority of the shares in PB tec were acquired by Victus Participations. Victus is a private equity firm that specializes in the Food and Agri sector. Various people stayed on at the time, including Koen Brabander as commercial director and shareholder.

Koen Brabander founded Atrium Agri in 2019 with two friends from the business world, namely Edward Verbakel (VB) and Henk Verbakel (Havecon). Victus has followed and supported these developments with interest. The rapid developments at Atrium Agri and consequent upscaling has meant that the partnership falls outside the scope of the companies that Victus Participations specializes in.

A win-win deal
Now, three years later, Atrium Agri is in turn acquiring the PB tec shares from Victus. "The interests of the shareholders within Atrium Agri must be equal in order to move forward together," explains Koen. The choice to buy back PB tec from Victus was therefore not a choice against Victus, but above all a choice for Atrium. "It could certainly be that Atrium will join forces with a private equity party at a later stage, to make the next step. We are very positive about private equity, because of the growth opportunities it offers."

"My partnership with Victus lasted three years, during which we also made two fantastic acquisitions in Canada and Australia," Koen continues. "I’m thankful for their trust, support, and wisdom lessons. I’m proud that we’ve been able to make Victus' first participation so successful together. I respect their vision behind this investment, which has manifested itself again in this transaction. I know better than anyone what an amazing company PB tec is, and it can look forward to a golden future with Atrium Agri."

Patrick Groeneveld of Victus: 'I’m proud to see how far PB tec has grown in just a few years with our support. It’s a success story for PB tec, Victus, and our investors. We endorse the vision behind Atrium Agri, and we’re handing over the baton with confidence. Victus is active in the Food and Agri sector, so we’ll undoubtedly keep on coming across into each other. We believe that this acquisition also represents a good deal for Atrium Agri; it’s a win-win situation.

Atrium Agri is a collaboration of independent companies active in international horticulture. The following are partners in Atrium Agri: Havecon, VB Group, Bom Group, CambridgeHOK, VEK Adviesgroep and JB Hydroponics. All partners are independent, highly profitable companies. They bundle their strengths in terms of market clout, products, services, innovation, and market coverage. A total of 400 employees work at Atrium Agri, which has a turnover of 400 million euros per year.