“After the recent legalization, everybody in Thailand wants to go into this business. While I saw other starting companies reaching out to the US and Canadian companies for knowledge on this challenging crop, I knew that was not the right approach. The knowledge is all from The Netherlands,” says Makorn Chaovanich, CEO of Cannabizta. When he met Nico de Groot of Bosman Van Zaal, Makorn convinced him of the ample opportunities in the new Thai market. That is when the cooperation between Cannabizta, Bosman Van Zaal, Bienestar T&N, Delphy, and Paradise Seeds was born, with the goal of realizing a premium medical cannabis production in Thailand. 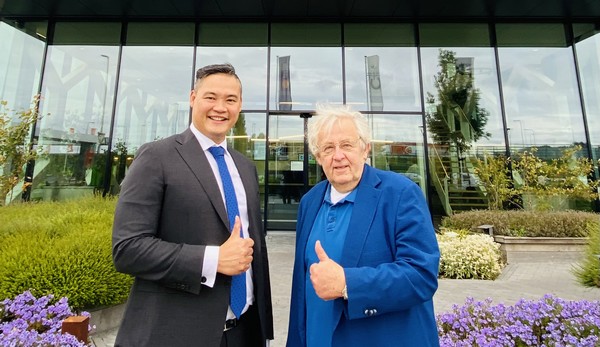 Obtaining the knowledge
Makorn was one of the many people interested in starting cannabis production in Thailand after this possibility was announced. Having lived in The Netherlands for three years, he had an advantage over others. “I knew that this is the country where the knowledge comes from, being one of the first countries to be so open-minded about cannabis. I searched for who I should talk to in order to get this knowledge, but that proved to be very difficult. While cannabis might seem to be everywhere in The Netherlands, no one is actually talking about it. The US and Canada also legalized many years ago and are major cannabis markets now, but they were being taught by the Dutch. Behind the big North American companies are the Dutch companies, such as Bosman Van Zaal and Delphy.” 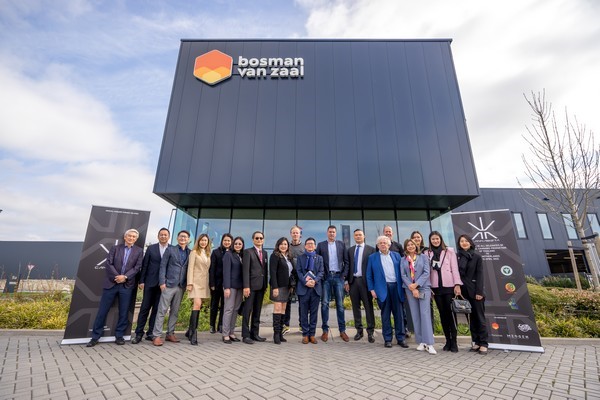 While doing the research, Makorn quickly realized that the cultivation of cannabis is not an easy task, especially when it has to achieve medicinal quality standards. Luckily, that is when he met Nico de Groot of Bosman Van Zaal, who could provide him with the knowledge he was looking for. “In Thailand, everyone is very excited about the newly emerging cannabis industry, as cannabis has played a big part in Thai tradition. While other countries may only see it as a ‘drug,’ the Thai people have been using it as a food ingredient for a long time. Now that we can also use cannabis for its medical benefits, I convinced Nico there is a lot of potential in this market that has already embraced the plant.”

According to Nico, the cooperation is providing a combination of knowledge that is necessary. “Working according to GMP standards is not easy and asks for a lot of knowledge. We want to start the production up with this high level of quality from the beginning and then transfer that knowledge to train the local people. With there being so much opportunity and interest in the Thai market, people can sometimes take for granted how challenging it is to grow high-quality medical cannabis on an industrial scale.” 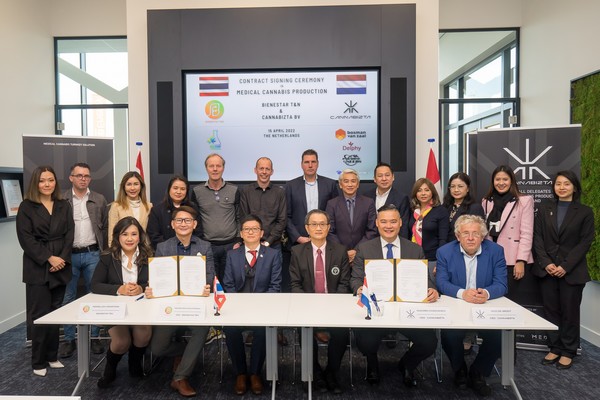 The upcoming production
Makorn explains that the cannabis companies in Thailand can produce based on a quota that the government gives. “The quota is based on the demand given by the Department of Medical Services, which will look at how high the demand is for cannabis treatment for pain relief, cancer treatment, and skin diseases. That demand gets translated into the number of plants a producer can grow. For our project, we are allowed to grow 70,000 plants to start with and are hoping this will increase quickly.”

The project can start soon, as they will be using an existing facility for the first phase of the project. “The site has two hectares of greenhouses, where we expect to have the production up and running within two years,” Nico explains that there is still some work to be done, however. “We are still discussing whether this will be a semi-closed or completely indoor production. There is a nice climate, but the temperature is high, which is why fully indoors would be beneficial. Vertical farming is unnecessary, as land availability is not an issue, and vertical farming might come with the additional challenge of avoiding microclimates. Whatever we decide to design, we will be working closely with Thai companies to compose the whole facility.”