The value of the DLC QPL

A new lighting system is a big investment, so growers understandably want to ensure the luminaires they choose are going to deliver the best possible performance and ROI, both in the immediate- and the long-term. With so many lighting manufacturers—all touting their products as the best performing LED grow lights on the market, how does the grower discern which of those products will actually deliver the quality and performance claimed in the marketing materials and/or sales pitch?

Sometimes it’s easy to spot an inferior product—for example, the manufacturer has no experience in the horticultural space; they use non-horticultural lighting metrics for their data; they don’t have a locally recognized safety certification, or they don’t offer any local service/support. However, many times the claims are presented in a way that seems completely legitimate. And sometimes, those claims are indeed legitimate, but often, they’re based on exaggerated or manipulated data in order to present a sub-standard product in a more favorable light.

So, in addition to having to navigate the biological complexity of transitioning from traditional technologies to LED, growers are faced with the additional challenge of having to navigate through the multitude of competing lighting products. Some growers may be unaware that, with the simple click of their mouse, they can access a database (free of charge) showing third-party accredited performance and safety data to verify the claims of any horticultural lighting manufacturer. 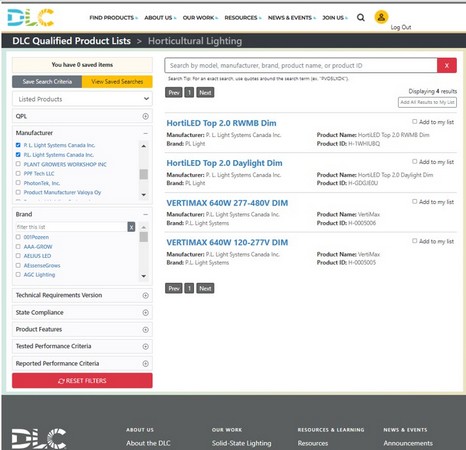 Following two years of robust stakeholder consultations, the Design Lights Consortium (DLC) first introduced its Qualified Products List (QPL) for LED horticultural lighting in 2019. The introduction of this new horticultural QPL provided growers with a much-needed independent source to validate manufacturer performance claims. To access the QPL, anybody can sign up for a free account through the DLC’s website.

Since horticultural lighting represents one of the fastest-growing electric load categories across North America, utilities have been increasingly focused on energy conservation programs designed to accelerate the adoption of new, more efficient horticultural lighting technology. To execute those programs, however, they also require a standard industry benchmark—specific to horticultural lighting. Since the DLC has been recognized as the benchmark for commercial and industrial energy conservation programs for over a decade, most utilities have naturally adopted their Horticultural QPL as an eligibility requirement for state / provincial rebate programs across North America. 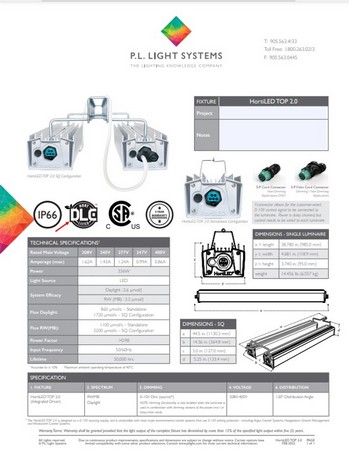 So, for an LED luminaire to be DLC listed really is important. It provides the grower with the assurance that the lighting system they are investing in has undergone rigorous third-party testing to ensure it meets specific efficacy, performance, and safety standards. If a product is not listed on the DLC’s Horti QPL, that’s most likely because it does not meet the strict technical requirements required.

All legitimate horticultural lighting manufacturers, including P.L. Light Systems, list their LED products with the DLC since they know growers should expect any product they’re considering purchasing to be DLC certified. It would still behoove growers, however, to be diligent in checking that the specific model of a luminaire they are purchasing is actually listed in the QPL. 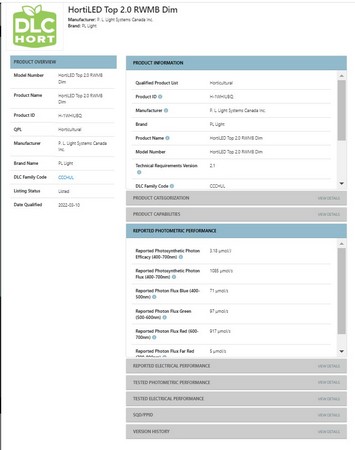 Unfortunately, some less than scrupulous manufacturers do try to take advantage of the system by listing a particular product configuration with the DLC, but they sell other configurations of the same product which are not DLC listed under the pretense that they are. Typically, they’re pretty sneaky about it, for example, by keeping the product/catalog name the same for all versions of the product—with only a single letter to differentiate between the different configurations—banking on the fact that the customer won’t notice such a minor difference when checking the DLC’s QPL. So, the customer assumes the luminaire they have been quoted and sold qualifies for their local rebate program when in fact, the configuration they bought does not qualify, as it’s not DLC listed. Since the utilities usually expect lighting manufacturers who have listed their products with the DLC to act with integrity, they might also fall prey to the subterfuge of an unscrupulous manufacturer in the odd instance, but as loopholes are tightened, and both growers and energy conservation teams become more educated in the horticultural space, the regulation of such underhanded tactics will become more strictly enforced.

Learn more about the DLC’s Testing and Reporting Requirements for LED-based Horticultural Lighting here. Sign up for a free account and see products listed on the horticultural QPL here.