“With 95 hectares of land, we are developing one of the largest cultivation sites in Europe,” says Olaf van Tulder, CEO of Symtomax. With their first greenhouse and outdoor test crop just finished, they are now getting ready for the next phase: construction of their post-harvest EU-GMP facility. Of course, it is not a coincidence that this ambitious cannabis project is being established in Portugal. “Not only is the weather advantageous for the production, the relatively low cost is important as we want to increase patients’ access to medical cannabis.” 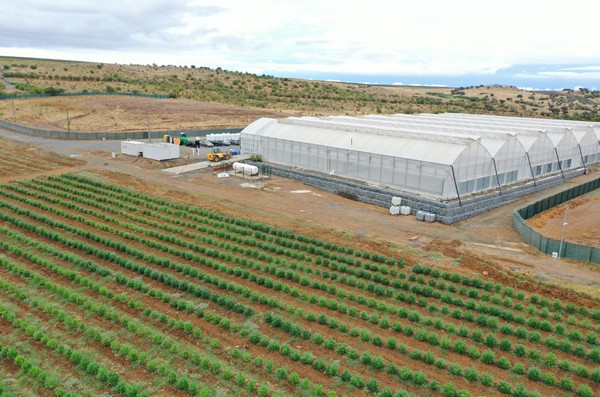 The start of an ambitious project
Symtomax started its initial construction at the beginning of 2020 but had to deal with some unfortunate delays. “Building a facility during the pandemic was a challenge, as the whole supply chain has been slowed down these past 2.5 years. However, we managed to complete the first phase of the construction: the greenhouses and outdoor cultivation site.” After receiving the approval of Infarmed as well as the police, who inspects if the security is in order, Symtomax was officially allowed to cultivate.

Van Tulder explains, however, that the company does not want to rush things. “We want to go in small steps to ensure that we build the proper foundation to be successful. The first step is to make sure that we have the right genetics.” Therefore, the company went pheno-hunting for the best genetics for their local climate. “In August, we did a big test production with 5,500 seeds of different strains. We picked 6-8 varieties that we think will work best for us, chose the mother plants, and did more tests in the greenhouses. This January, we started with the production of the mother plants.”

Next on the agenda is the construction of their post-harvest EU-GMP facility. “We have been wanting to start construction for a while, but the delays and high material costs have slowed us down. We are hoping to finally start in the next two months and have it finished in the next twelve months.” The facility will include drying rooms and state-of-the-art extraction systems. “Moreover, we will be using this next period of time to expand our team and increase our know-how.” 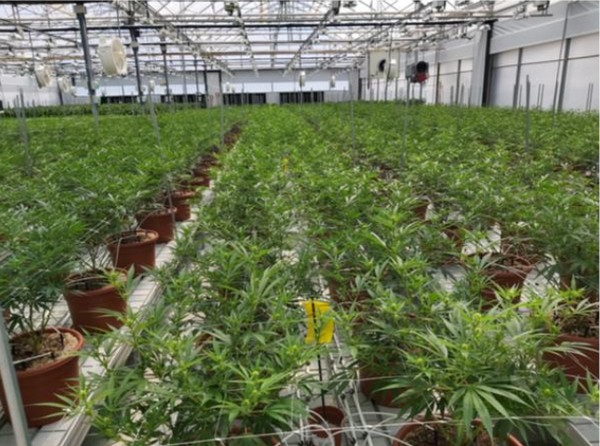 Increasing patient access
2017 is when the Symtomax founders saw a great opportunity in Portugal and applied for a pre-license. “Of course, the weather is very beneficial for cannabis production. The Portuguese climate is similar to California, with long summers of great weather. This means that you don’t have to grow in glasshouses with full environmental control, saving a lot of electricity costs. Not only is the production cost lower, but labor costs are also relatively affordable compared to other countries.”

Van Tulder explains that these low costs will give them an important advantage on the medical cannabis market. “We will be focusing on the German market, where the prices of medical cannabis are high. If you are a patient and have to pay €15-20 per gram without it being compensated through health insurance, then the more affordable black market options are becoming tempting. Some of the patients using medical cannabis have illnesses and pain preventing them from sustaining a job, so the high cannabis prices are an issue. As we can produce for a relatively low cost in Portugal, we will be able to offer our products at a lower price point, and we will thus contribute to making medical cannabis more accessible.”

Market expectations
According to Van Tulder, these coming years will bring about a lot of changes in the European cannabis market. “France and Spain are expressing a lot of interest in medical cannabis, with tests and government talks occurring. We are hoping for medical cannabis to be accepted there within the next two years. Recently, the German Health Minister Karl Lauterbach announced wanting to speed up the adult-use legalization, so we are hoping for some fast developments there as well. It is exciting that there is so much development happening in Europe concerning cannabis. However, in many countries, there is a lot of education left to do. The Portuguese market is a good example of proper education being necessary, as there are not many cannabis patients or doctors prescribing cannabis. Fortunately, the view on cannabis is changing positively, and we need to work on improving that further.”