Carl van Loon looks back on 28 years of Australian horticulture

After 28 years in the Australian horticulture industry, and as of today, Carl van Loon, founder of Powerplants, is taking a well-deserved moment of respite. He has been one of the main drivers behind the rise of high-tech horticulture in Australia, and it all started when he was working with his parents in the nursery. “When we had to get some equipment, we’d have to go to companies specialized in chicken sheds,” he says. “There was hardly anyone growing in greenhouses back then, hence the lack of local suppliers. I saw an opportunity there, went back to the university to study horticulture and engineering, and then started my own company to service the industry.”

The Australian transition to protected cropping began around the same time, as supermarkets were looking for tomatoes that were not grown in the open field. “That’s because those tomatoes used to be of sub-par quality on the one hand,” says he. “On the other hand, they were also unreliable in terms of supply, as oftentimes they got smashed by droughts, floods, or any of the frequent adverse climatic situations we get here.” 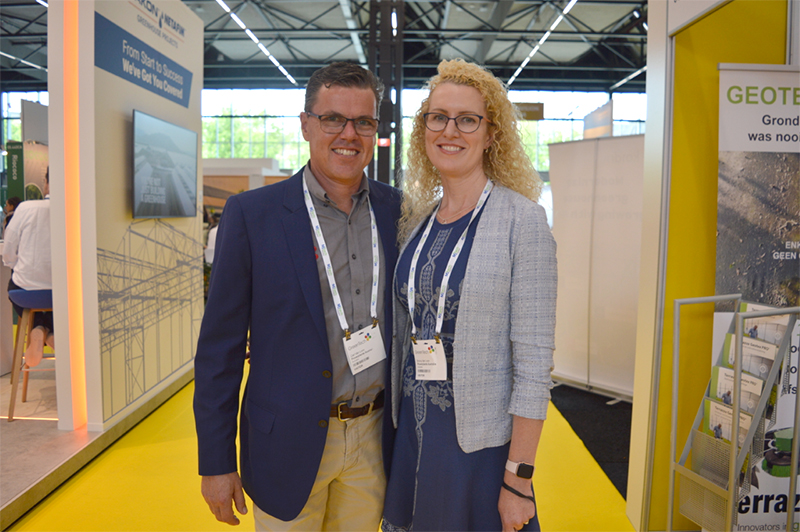 This week on the GreenTech show with Bryony

Growing market
As the market expressed a demand, the industry listened and responded, and a lot of small tomato cultivation facilities sprang up around Australia. As consumers started appreciating the new CEA tomatoes, demand rose. A similar thing has been happening recently with berries, says Carl. “There used to be almost no hydroponic berry cultivation at all. Then, growers have started putting up tunnels and floor-mounted gutter systems to support cocopeat substrate and, most importantly, a Priva fertigation unit. With that tech alone, production and quality have gone through the roof. The benefits were passed to the consumers, with consistently higher quality and taste berries, and the demand absolutely took off. Now, there are so many hectares with berries, and the supply still can’t keep up with the demand.” While berries in CEA proved themselves to be the better alternative, the transition in tomatoes has been a longer and larger process, and a major proportion of tomatoes are now hydroponically grown, edging out field-grown products and growing the segment overall with a more tasty, safer and more reliable supply. The result is always the same: consumers respond positively to higher prices if the product quality justifies that.

Challenges on the road
Although things are going in the right direction, hurdles haven’t been missing, especially with Covid and the recent droughts, floods, and bushfires in Australia. “Berries growers especially were running out of water, and many of their plants died,” Carl remarks. “It was a large number of greenhouses that were on the verge of going out of business. On the other hand, while the majority of tomato growers recycle and recirculate their water, some of them too were running out of water.” Then, bushfires broke out all over the country. “Fortunately, not many growers were affected. Some greenhouse did get burned, but it wasn’t a big group of growers.”

Closely following these recent natural events, Covid 19 arrived and threw another wrench in the works. “At the beginning of the pandemic, we didn’t know whether the local and world economies would go into a deep recession or whether it would be over in months,” Carl continues. “The uncertainty grew to the point that some projects were put on hold. After the initial shock, it took us 3-4 months to realize that the world was not ending. With the severe lockdowns we had here in Australia, people couldn’t travel and instead started to improve their homes, and gardening and home cooking went absolutely crazy. Obviously, the nursery and flower industry went into overdrive. Everyone suddenly wanted to buy new equipment and bring projects forward.” Economically, it was very similar to what normally happens in a recession.

Not only did cities get locked down, but also state and federal borders worsened an ever-present issue in the Australian horticulture industry: labor. “A lot of growers experienced labor shortages, and so they started looking more at automation, like seeding lines, potting machines, conveyors, and despatch systems. While we faced a lot of issues on how we could install all these systems without being able to bring technicians in from Europe or even send our own technicians interstate, we were happy that business kept going on. Better to be in a thriving business that’s complicated and difficult than not be in business at all.” 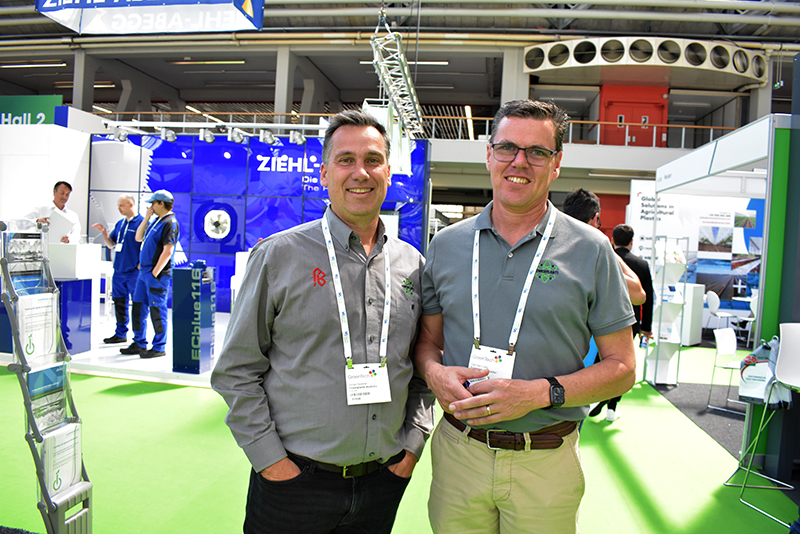 Together with Simon Gomme on the GreenTech. From 1 July this year, Simon Gomme will be the new CEO of the company.

Time for a good break
After 28 years of driving hard to develop the hydroponic and CEA industry in Australia, he is now stepping back for six months to recharge and reinvent his role at Powerplants and in the industry. “I feel like I need a good break,” he chuckles. “When you are focussed for such a long time, you tend to get a kind of tunnel vision. There are so many new opportunities in this industry, and for Powerplants, especially in the South Eastern Asian market. I’m very excited to be part of PB tec, the broader Atrium Group, and all the opportunities that this will give us, and I’m super confident that the Powerplants business is in great hands with Simon Gomme and the motivated team that we have. Now I look forward to the next chapter.”