Pushing through the hurdles to create your craft

It doesn't matter how many times you fall, but how many times you get back up again. Benjamin Padovani, founder of micro-cultivator Treez Botanical, has held onto that principle throughout his journey in the cannabis industry. Now, he can enjoy the sight of his bountiful plants, which happily sit on a 2-tier cultivation system. But no accomplishment feels rewarding if it isn't earned through hard work. For this reason, with his background in construction, Benjamin started looking into commercial cannabis micro-cultivation after having grown at home for many years. One thought guiding him in his search: growing premium craft cannabis, whatever it takes. 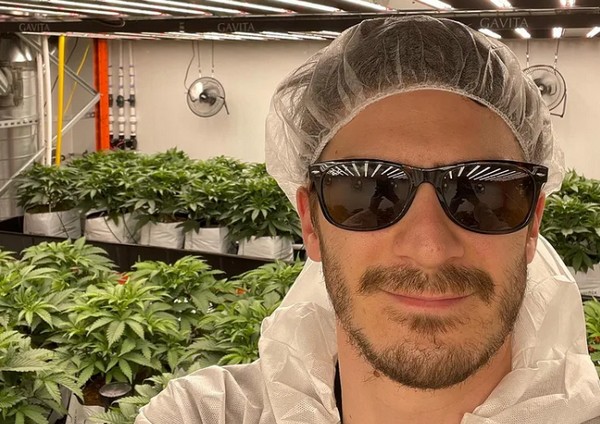 Going LEDs, going vertical
"I have always been interested in vertical farming," he says. "I was looking at different designs and cultivation methods, and initially, I was considering going one layer. Yet, in the end, I went for two-layer because I saw other people going for that as well, but mainly because I wanted to use LEDs." Unlike some cannabis growers, Benjamin was already convinced that LEDs were the way to go. "Operational costs are much lower, and even though they might be rather expensive up front, they are cheaper overall. To me, that was a no-brainer." 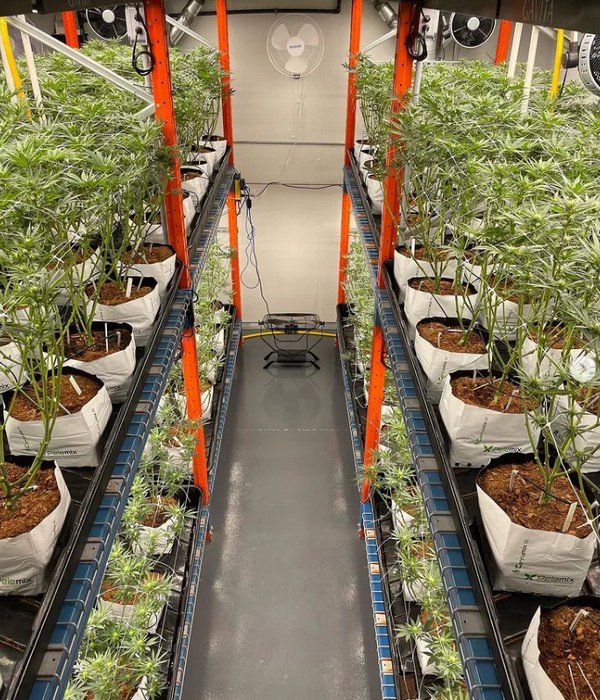 Hop Latent Viroid hit
With his background in construction, Benjamin proceeded to build his own facility. Once that was done, it was time to start growing, and he went to get some seeds and clones. By his own admission, he made the mistake of not being as careful as he should have been. "When we first started here, I pushed to have a big genetic library with different cultivars, so I scored a bunch of seeds and clones from different sources. Little did I know that some clones were tainted with the Hop Latent Viroid." 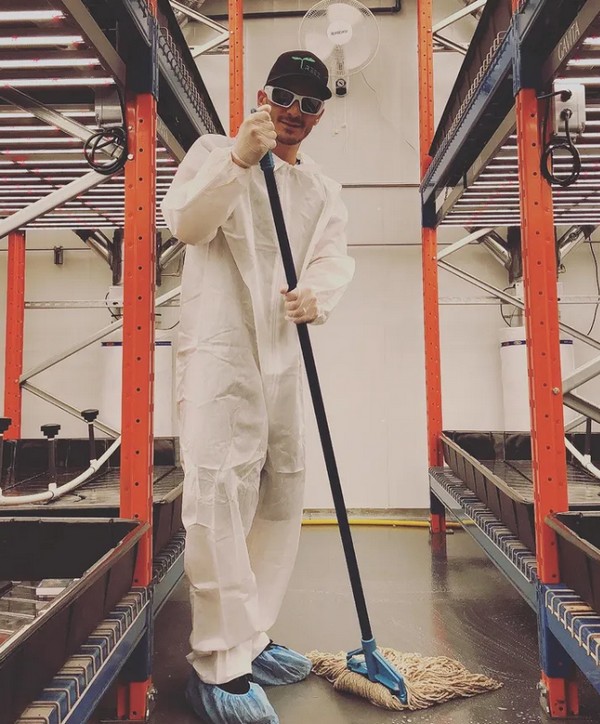 It was only a month later that Benjamin noted something weird going on. "Roughly 30% of the room didn't look good, so I started looking into it. I got some samples, had them tested, and it turned out that my plants were infected with the Hop Latent Viroid. Since there isn't any solution for that yet, I had to trash all my plants, and then I cleaned, disinfected, and sanitized everything," he recounts. From that moment, he realized that getting young plants from nurseries was the best way to go if he wanted to be sure that no nasty surprise would suddenly come up. "This way, not only do I have plants that are already resistant to some diseases and pathogens, on top of being clean and certainly HLvD-free, but I can also ensure that every plant expresses its full genetic potential."

Building a genetic library
But there was another lesson to be learned there. "I had these young plants which we were growing for the first time. Unfortunately, one night we got a power outage, and some plants grew mold. We had to throw everything away again and start over," he says. After all, what matters is to hold yourself accountable for your own mistakes and find ways to improve and avoid them in the future. "But this is just how life works. You learn as you go." 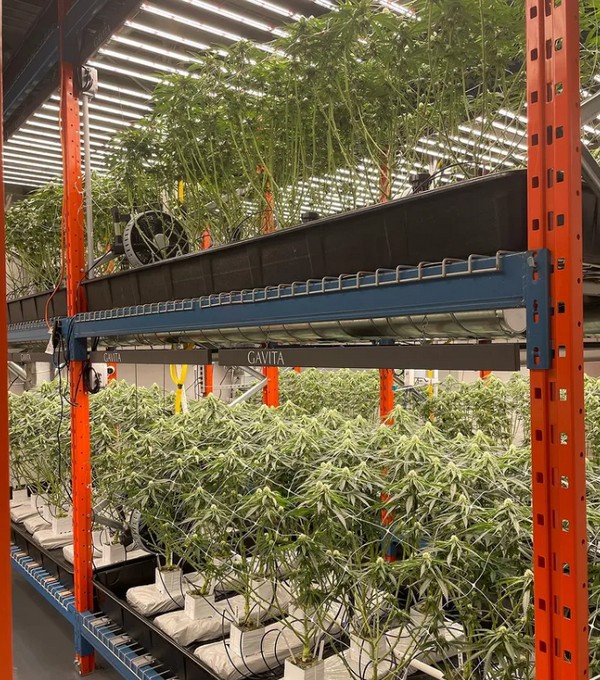 Indeed, Benjamin says that Treez Botanical is now starting with its own genetics and have neatly set up the proper mother plants. "Now, I want all the young plants that get in here to come from tissue culture. As a micro-cultivator, the most important thing to me is to grow that unique craft cannabis. Only if you take precautions, learn from your mistakes, and put that additional craft care to your plants, then the end result is going to definitely be worth it." Each and every plant at Treez Botanical is constantly checked carefully, and they individually go through a defoliation process that is unique to the cultivar in question.

As a micro-cultivator, Benjamin would like as many people as possible to experience his craft. Yet, as a micro-license holder, he can't sell directly to customers but has to sell to LPs in bulk. "Micro-cultivators don't have the same amount of money as LPs," Benjamin remarks. "It would be great if we could sell directly to customers, or if it was easier for micro-cultivators to do farmgate. With regards to that, we craft growers are allowed to do farmgate, but rules and regulations make it particular as you need to get proper licenses and have access to enough capital to support this, which a lot of micro-cultivators don't really have upfront. But the industry is still in a somewhat early stage, and there's still a long way to go." 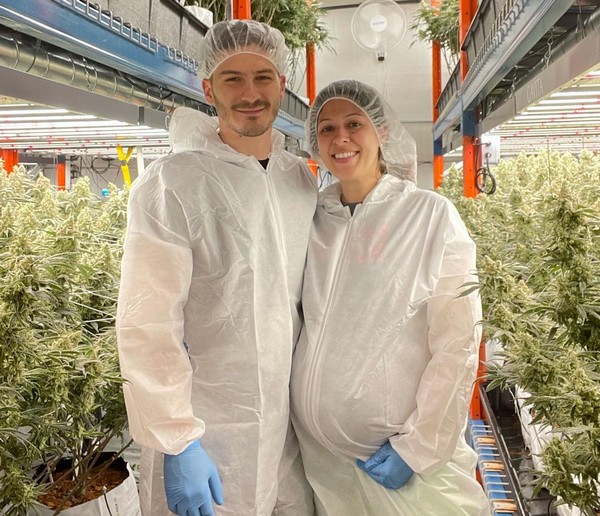 One of the things that Benjamin would like to change is the THC craze. "I love that we have to test everything as a regulated industry. Yet, I believe that we all need to get off the THC bandwagon and get onto the terp, cannabinoid profile bandwagon. For instance, why my cannabis that has a more complete and diverse terp and cannabinoid profile would be less valuable than, say, nasty-looking cannabis but with 25% of THC? I believe this is just way too arbitrary and, overall, doesn't really make sense. Think of wines, for instance: if you go to buy a bottle of wine, you don't look at the alcohol percentage. Mainly, that alcohol percentage does not dictate the price on the market. Making this step is good not only for growers but also and especially for our customers."