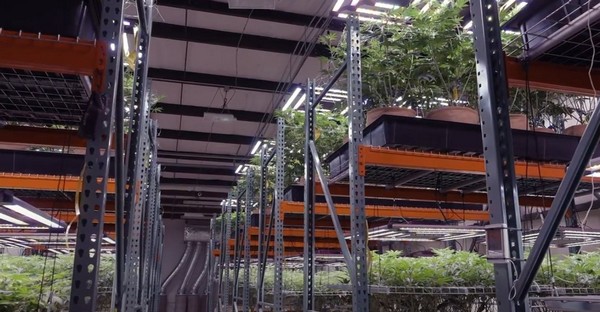 Founded by William Conner and Brian Porter in 2017, Zen Medicine specializes in both growing medical cannabis and selling it in their MT licensed dispensary. After starting their indoor plots with high pressure sodium grow lights, the founders were ready to experiment with LEDs and find the best cannabis grow light once their business expanded.

To meet increased demand for medical cannabis, the founders converted their grow space, layering specialized Kind X2 LED grow lights for cannabis vertical production on top of each other in between shelving to make use of their industrial basement's vertical space.

After running an experiment with Kind LED's X2 and three other lights, the Kind LED won out as the best cannabis LED grow light for commercial growing once the results were in. Plant structural integrity increased under the X2s, according to Porter. "The coverage is by far phenomenal; our stalks are thicker than they've ever been."

Potency of the final product also increased with the change in grow lights. 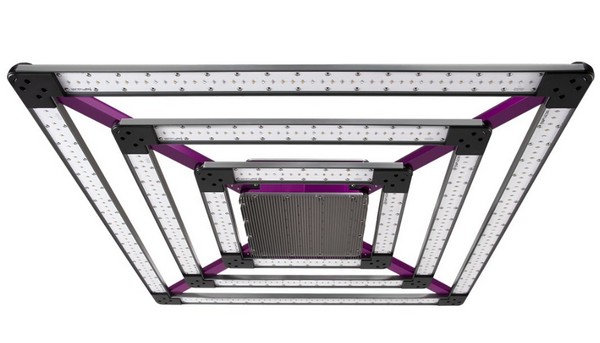 "Half the setup fee, half the HVAC costs, there's savings in all directions," said Porter. "Our power costs are about 60% what they used to be and we're getting about 2+ lbs per light." With 48 lights currently in operation, their yields come in at 96lbs per cannabis flowering period.

Kind LED COO and longtime cannabis grower, Nick Schweitzer said of his brand's contributions "These guys are breeding their own, totally new strains of cannabis and really pushing the medicinal marijuana movement forwards with that kind of development and fine-tuning. We're all proud to be a part of anything that keeps plant medicine and freedom of choice at the forefront."