Everything is crowded at the MJBizCon

Over 1,000 exhibitors, aisles packed with visitors and long queues for the on-site registration. The first day of the MJBizCon 2018 showed the developments in a tumultuous, rapidly expanding market. 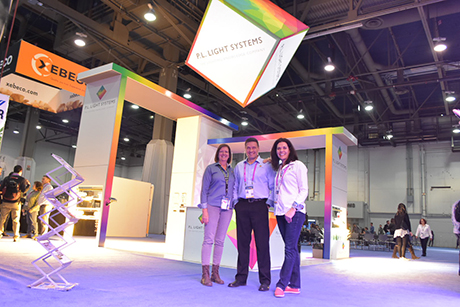 The new PL Light Systems stand could not be overlooked!

Bigger than ever
It's the seventh time the marijuana industry unites during the MJBizCon - and it's a bigger industry and a bigger event than ever before. With expectations of 25,000 visitors and over 1,000 exhibitors, the exhibition has experienced extreme growth and is expected to keep growing: next year an extra hall is to be added. Amongst the current exhibitors a growing stock of horticultural suppliers is to be found as well. With our HortiDaily reports, we will focus on the horticultural side of the cannabis market: how to grow the best crop.

Yesterday, the first day of the show, also showed the downside of the developments: even though several satellite locations were launched to pick up the entrance badges elsewhere and beforehand, the queues for the registration desks in the morning were gigantic and delayed the start of the exhibition. 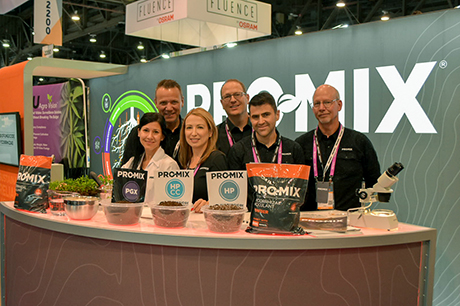 The team of Pro-Mix is to launch a new mycorrhizal inoculant powder early next year. 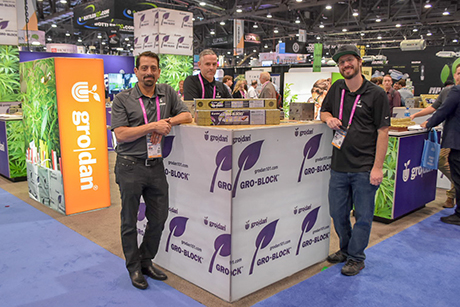 The Grodan team showing the Gro-Blocks

Ongoing investments
Even though many visitors experienced queues of up to two hours, none of the exhibitors found time to be bored. The cannabis market is on a roll and the investments in the industry are ongoing.

Whereas on one hand suppliers notice how the retrofitting of existing greenhouses on the US West Coast seems to slow down and the peak in this market is over, others expect new developments with new licenses being given out. With the legislation ongoing in various states, new markets open up regularly. And then of course there's Canada. Only a month after legislation, it is clear the end of the investments is nowhere in sight. 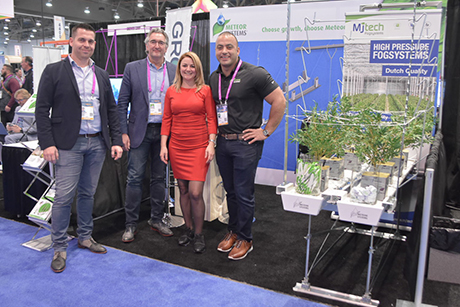 Tomorrow the exhibition is expected to be more crowded so if you are to visit - make sure to pick up your badge in time. We will keep you updated on the show until Monday, when our photo report is to be published.