It can be quite painful for companies when a good employee jumps ship to join a competitor. When someone who was invested in heavily leaves the company just like that, it's understandable that it can create bad blood. Nevertheless, companies in such a situation are wise not to fight the transfer, says Johan Grootscholten of Green Career Consult. "Companies are much better off cooperating, because then you create an ambassador instead of someone who is negative about his previous job." 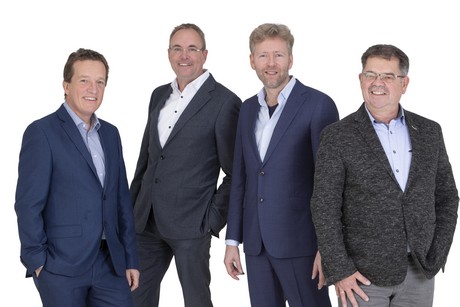 Green Career Consult has been active in several agricultural sectors since 2008, including greenhouse horticulture. Johan himself has facilitated many successful hires over the years. During the past HortiContact, familiar faces appeared again and again at a different stand for a different company. That seemed obvious right then, but in practice such a transfer often was a lot of work. And not everyone is always equally happy with a switch.

Step 1: Expectation management
"When a candidate is interested in a vacancy, the first thing we do together with a candidate is to have a look at their contract. This prevents problems further down the line in the transfer process.

Many contracts currently include a non-compete clause, a non-trading clause or confidentiality rules. Sometimes they are very concise and clearly formulated. In that case, our advice to an employee is that they should stay at their current position.

However, if the stipulation is formulated in more general language, for example along the lines of 'not switching to a company in "our sector"', then the chances are often that an employee will get away with a transfer and that a transfer is possible in a proper manner."

Step 2: How does the employer react
As soon as the new contract is actually signed, the employee will have to inform his current employer. "Many companies respond positively, despite the logical disappointment", Johan says. "That is also wise, because that employee has already moved on in their head. Then it's important to properly coordinate with the competitor as a company and, if necessary, to agree that the switcher will not be involved for a while with the former employer. The former employer may then also have the opportunity to look for new staff. This guarantees a smooth transition.

Unfortunately for job hoppers, not every company reacts positively to a transfer. "Sometimes people are utterly vindictive and they put candidates under pressure to block a transfer, even going to court. That's not recommended as an employer, but it does happen. It happens that a candidate under pressure still succumbs and stays, with undoubtedly a serious drop in their motivation. Usually threats don't work, and a lawsuit often doesn't offer a solution for an angry employer. Nine times out of ten, the employee will win the court case."

Sellers take their business with them
Both positive and negative reactions occur in all sectors, but Johan does see differences between certain groups of companies. "Breeders are generally all open to transfers, just like producers of plant protection products, and although fertilizer manufacturers sometimes respond more negatively, transfers still pose few problems."

Switching between greenhouse vegetable and ornamental growers never causes any problems. "We hardly ever notice any obstacles, and the same is true for technology companies and suppliers."

Most problems are found in commerce. "In the trading business, short-term thinking dominates. Sellers are strongly focused on their customers and build up personal relationships. If such a salesperson then decides to switch, the customers can disappear with them. In the case of large volumes this can have a major impact on the company that the salesperson is leaving. That is why transfers in the trading business are often extra difficult."

Sellers are not only involved in the fruit and vegetable trade, but also in breeding. "Not all sales are the same. Much also depends on the type of product. For example, a breeder also has salespeople, but they sell a more distinctive product. If they make the switch it will be more as 'technical adviser', without taking along the entire seed portfolio. With a tomato, on the other hand, the same tomato can be sold by different traders. Then a transfer is much more sensitive."

The more pressure there is, the greater the risk of problems
In recent years transfers seem to lead to more unrest and upheaval than before. "How precarious a transfer is often depends on how well the industry is doing. In the years before Green Career Consult started in 2008, things went a little bit more automatically in the sector. In greenhouse horticulture this is now also the case, but in the trading business it's become a lot harder to earn money than back then. The margins have decreased compared to ten years ago. That means things can be more stressful. If, at such a time, a salesman takes his trade with him, the impact and damage is also greater. Then the risk of rising emotions also increases considerably."

Vicious circle
Departures or transfers are often inconvenient, but especially when companies are also fully engaged in bringing in professionals. "In 2014 there were more highly qualified candidates than there were vacancies. In 2017, that seesaw tilted and since then candidates have been in the position where they can ask almost anything they want. Money is important, but not the most important.

Candidates also look at other aspects within a company. In addition to being able to work a day less and being able to realize personal goals, things like atmosphere are important to employees. So companies that protest against transfers are doing themselves a disservice. Candidates find out about that.

It's the modern companies that consider sustainability both in production and in workforce, that know how to retain staff and attract new personnel. In practice, these same companies also appear to be more positive about transfers.

So what you see is that businesses that fight transfers will have increasing difficulty keeping and recruiting staff, according to Johan. "The only way to break that vicious circle is to accept your losses with a transfer and maintain a good atmosphere. Only this way will a switcher become an ambassador for their former company."