DK: Finding the way through a 'jungle' of regulations

Despite the global legalization trend, Scandinavian countries are taking more time to jump on this bandwagon, as their marijuana policies have usually been strict and restrictive. However, recently, in Denmark there has been a significant change in the approach to medical marijuana.  On 1st January 2018, Danish parliament unanimously approved a medical marijuana law thus enabling a whole new industry and market to emerge. And with that, other problems arose.

“Just to mention one, the requirements to access licenses are very rigid, and sometimes even confusing. For example, the sealed environments where the operations would be carried out need to meet specific prerequisites to guarantee that the cannabis is suited for medical purposes.”, Hjalmar Van Der Buchwald and Anders Lunden, co-founders of Grolys, explain. Grolys is a Danish company which is making a lot of business in these legalization times in Denmark. It supplies cannabis growers with equipment, but mostly, the company helps them to obtain the permits to start a medical marijuana business. Therefore, what challenges Danish growers face in order to start a cannabis enterprise? As Hjalmar and Anders point out, “We have been working in the medical marijuana industry since it was possible. That is, when it was finally legalized. So, we are very much aware of the difficulties soon-to-be entrepreneurs can encounter.”

A guide through a jungle of regulations
Getting into this novel industry has never been an easy endeavor since the beginning, “There are a lot of regulations and limits that growers need to be aware of. Our mission is precisely to guide them through this jungle of laws and rules.”

Hjalmar and Anders take care to specify immediately that one of the biggest misunderstandings regarding Danish medical marijuana regulation is the greenhouse, “In fact, in Denmark you are not allowed to grow medical marijuana in a greenhouse. Rather, you need a fully closed environment. A lot of big companies literally burnt millions because they did not know this information”. According to Gro-Lys, a closed greenhouse is not suited for this, as “only a little crack in a window could compromise the entire crop. To grow medicinal cannabis, one needs a fully sealed automated closed environment, a climate chamber.”, Hjalmar and Anders explain.

One example of this misunderstanding is Spectrum, a Danish medical cannabis producer that built a facility which now needs to be fixed so that it complies to those strict regulations.

Lack of Knowledge
However, all these issues are just symptoms of a greater problem which has been affecting this newly born industry: a widespread lack of knowledge, especially among growers, “There was a lot of trial and error in the beginning, not only on the growers’ side however. Danish government too did not know how to handle this properly. This eventually resulted in very strict regulations, some of which even changed, over time.” With the opportunity of a whole new market to exploit, a lot of people jumped into it without knowing what to do. Hjalmar and Anders indeed say that, “There were a lot of fortune riders, even school teachers applied for licenses, for instance. However, even though these regulations are very strict, they are necessary so that only professionals can enter into the business. Yet, even some expert growers demonstrated how little they know about this plant, as one of them literally said once ‘It is just like growing cucumbers!’ Well, obviously it is not.”

Better times to come
In any case, as time passes, growers and producers are becoming increasingly educated thus preventing them from taking too poor decisions, “They are becoming more expert thanks to organisations and health agencies helping people spreading knowledge. There are also more clinical trials regarding medical cannabis.”, they explain. 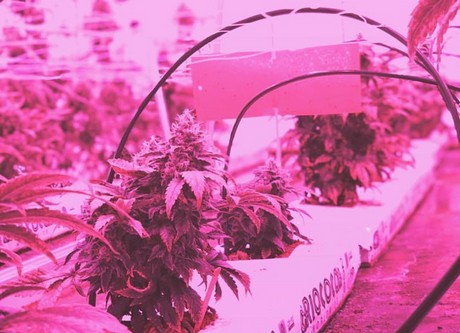 With regards to cultivation, Hjalmar and Anders highlight quite a few times how LED lights are better for this crop, and they have been suggesting them to growers, as “LED lights are more efficient because they do not put out much heat, it is easier to control the climate, and plant penetration is stronger thus helping it to grow healthier. This allows them to have a long-term efficient production. Additionally, we assist growers in making light plans.”

Hjalmar and Anders conclude with a note which sounds like a prediction, “There is an island in Denmark called Fyn, remember this name. It is going to be the European capital of medical marijuana. In that place only, there are 5 producers. It is going to be really big.”