Seed E-Z Seeder has been in business for 36 years. It originated as a need for Tesch's Flowerland. The Flowerland consisted of a floral shop, garden center, landscape service and 16 greenhouses. As labor costs became a big factor, Les came up with ideas to cut costs. He developed the vacuum seeder, a dibble board, plug popper, germination chamber, transplanter and pot inserter. The last two items were computer controlled at a time when computers were new and were dropped from the product line. The first four items are still for sale by the company. 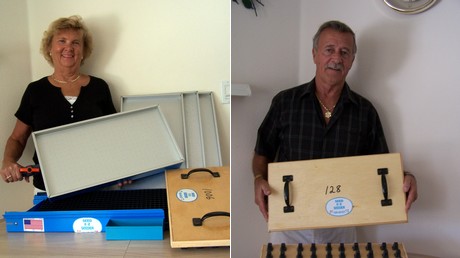 Tesch's started in 1960 and expanded to other locations over the years. They were in Prairie Du Sac, Wi when they started the Seeder Company. They knew there was a need for it because of what it did for them. "It is a great teaching tool and have sold to many colleges and Universities," they say. According to the company, recently a whole new market has opened up for them. "The hemp growers are starting up all over the country. The huge demand for CBD oil has given many growers a new opportunity. Locally in Lone Rock, Mike Bindl has started Driftless Extracts and has purchased two seeders for his seeding. He is extremely happy with the results. After the summer season he plans on growing indoors year round," the company explains. 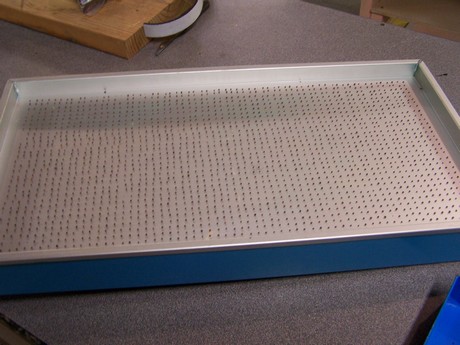 The company points out that the last week of April was the first time in 36 years they ran out of seeders. Marlynn said they had no idea it was going to explode like this. What they have learned from these growers is the seed varies. "There are two different plates for the seeder that will accommodate the seed sizes. Mike Bindl said he came across a company that has a consistent size seed and it works great. Most growers have been ordering both plates so they are ready for whichever size they get and they are more comfortable with this," the company explains. "Along with the seeders, almost all are buying the dibble board as it makes the hole for the seed to fall into and they can cover it. The germination chamber is an added bonus as it cuts the time for the germinating. The plug popper is also in big demand when it comes time to get the rooted plants out for transplanting."