"Europe will be biggest chunk of the medical cannabis market"

Whereas all big things in the medical cannabis industry seem to be happening in the US and Canada, according to several speakers at today's European Cannabis Symposium in Copenhagen, Europe is to develop into the biggest MMJ market. However - as you might have guessed - there are challenges as well. "Within three or four years there will be too much production in Europe." 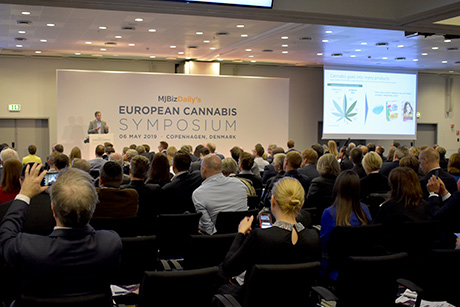 Opportunities
There's no discussion about many opportunities being there in the European cannabis market, but how the industry will evolve is insecure. Regulations are at the centre of this: complying with GMP is a challenge, but also the government-limited sales opportunities, the lack of possibilities to advertise within Europe. This became clear this morning at the European Cannabis Symposium in Copenhagen. The first of its kind event is organised by MJBizCon, known for their events in the US.

Their first European event is being organised in Denmark because it is one of the countries currently developing rapidly when it comes to medical cannabis. In January 2018 a four year trial started in Denmark, legalising medical cannabis growing, processing, importing and exporting. In her speech Ellen Trane Norby, Danish Minister of Health, told about how they want the patient to benefit in the end, and how they believe in the importance of competition to do so and therefore not limit production, import or export numbers - as long as companies comply with the strict governmental rules (currently urging no Danish cannabis currently being sold in the program), expansion of the market is possible. 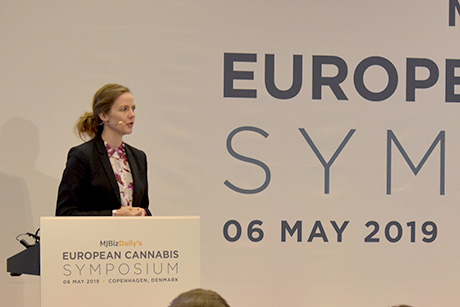 Legislation
Denmark not the only market developing. Greece, Macedonia, Luxembourg, Italy, Germany - everywhere in Europe countries are researching trials or legislation of cannabis growing for the medical market is occurring. Also in Netherlands a tender is expected, opening the MMJ market for more growers able to comply with the rules. And it might be clear: there's companies lining up to give it a go.

Following the talk of Olivier Dufourmantelle, COO with Canopy Rivers, the amount of money being invested from privately raised funds in the industry is only rising. He distinguishes not only the developments in the growing industry, but also in the ancillary market: companies supporting the MMJ business. As shown from his expected market developments, the current market developments show the market just starts its second wave with after the cultivating industry the ancillary companies developing rapidly - and then there's three more waves to come before the mass market is there. Enough to come - you would believe.

Big growth, small numbers
Although there's a positive vibe in the European cannabis market and even though the opportunities are clear if you look at the number of people getting ready to get into business or already in business, the growth is also of concern to the industry. As Alfredo Pascual, market researcher with Marijuana Business Daily, showed, the EU market might have grown extremely if you look at the percentages, but the absolute numbers are still small and the market is still at its infancy. He believes in the future of the EU market. "Eventually, Europe will become a larger market than North America for medical cannabis: the population is bigger and it fits into the healthcare system." But as he shows, challenges are there as well. "Including the varieties of languages and cultures, but mainly the regulations. Even though in 2018 a domino effect of MMJ regulations took place in single countries, there's still no homogenisation in the EU rules."

As the Danish grower Mads Pedersen with Aurora Nordic Cannabis warned in the panel of this morning, the current level of expansion will lead to over production within three or four years and also other speakers warn on the congress for a collapsing price within the next couple of years, when competition will take off. It doesn't seem to worry the industry too much. The over 400 visitors present today are ready to dive in. 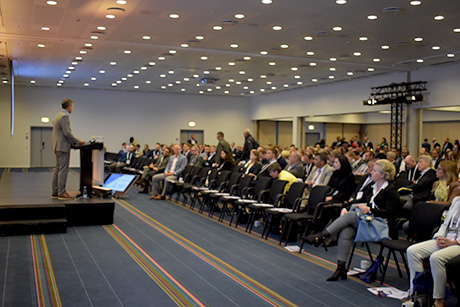 Tomorrow we will update you with a full photo report of the event and more detailed information on the market developments.