New HQ, CEO and Global Director of Sales for LumiGrow

LumiGrow today announced that its Board of Directors has appointed Jay Albere II as Chief Executive Officer and member of the board effective immediately. Jay Albere previously held positions as COO and Vice President of Sales and Marketing at LumiGrow.

“During this time of rapid change in the industry, there is no better person to lead LumiGrow than Jay Albere,” said Devin Whatley, Managing Partner at Ecosystem Integrity Fund and LumiGrow Board Member. “Jay is a proven leader with deep experience in the lighting industry, business vision, and the ability to bring people together. His vision for how smart lighting technologies will be applied for controlled environment agriculture worldwide is exactly what LumiGrow needs as they enter this next chapter of expanded product innovation and growth.” 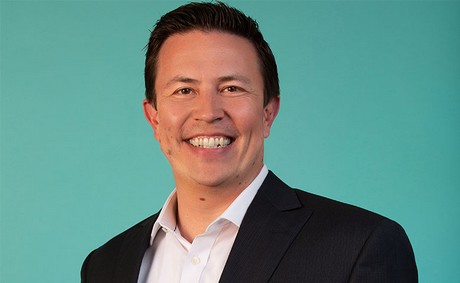 Prior to joining LumiGrow, Jay held executive leadership positions for Eaton Lighting and General Electric. “I am honored to have been elected as LumiGrow’s next CEO and Executive Board Member. It’s a privilege to develop such a talented team of professionals into leaders. We are a company driven by purpose – empowering growth through connected lighting environments. Everything we do is to have a positive and meaningful impact in our growers’ lives,” said Jay.

Jay’s announcement comes at a time of global growth trajectory for LumiGrow.

Global Director of Sales
“I would like to take this opportunity to announce the addition of Richard “Rick” Friedrich as Global Director of Sales,” said Jay. “Rick began his career as a Production Manager and then General Manager for two of the largest ornamental nursery operations in California. Since then he has accumulated over fifteen years of sales and operations experience with horticultural products. Rick will be supporting our growers with advanced lighting strategies and knowledgeable support when bringing our innovative solutions worldwide.”

"The appointment of the new Global Sales Director reminds us that LumiGrow is no stranger to the global stage", they say.

“Founded in 2007, many growers know LumiGrow as the first company to bring smart lighting to the horticultural industry in North America – though we’re already working on profound projects in both Europe and Australia. We’re now looking to expanding our offerings to happily service all of our European and Australian customers,” said the LumiGrow CEO.

To support their expanding global lighting network of smart horticultural environments, LumiGrow also announced that they themselves have grown into a new office near their previous San Francisco Bay Area location.