LumiGrow is launching a new product-line of early disease detection sensors and services. The LumiGrow SporeCam sensors (powered by Scanit Technologies) can capture, inspect, and classify harmful airborne spores for diseases such as Powdery Mildew and Botrytis. The result is growers can optimize pest management practices, minimize yield losses, and monitor the effectiveness of their treatments. 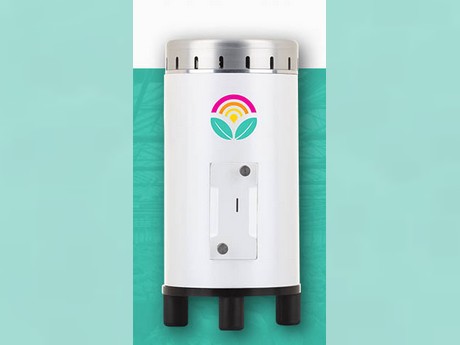 “Our partnership with Scanit Technologies marks a major shift in how crop disease will now be managed,” said LumiGrow CEO, Jay Albere II. “It all starts with empowering growers to take preventative action towards disease management rather than being forced to issue treatment actions when it’s often too late. We’re now calling for growers interested in joining our partnership to develop custom strategies for their cultivation environments.”

But what does disease detection have to do with LED lighting?  LumiGrow VP of Research, Melanie Yelton informs us how smart lighting can also be used as an additional tool for responding to plant disease.

“Scientists have investigated the promise of light to reduce plant pathogen pressure since 1997. Our growers have also long reported a noticeable reduction in the incidence of fungal and fungal-like pathogens in their crops under our smart LED fixtures. Recent publications are now confirming this age-old hypothesis, and LumiGrow is bringing these unique lighting disease suppression strategies to market.”

Some of the publications Dr. Yelton is referring to include research institutions working directly with LumiGrow such as Cornell University.  These research centers are finding that specific light spectrum can inhibit the spread of spores for a large range of crops.

The way the new system works is through the LumiGrow wireless lighting control system named smartPAR. At the first notice of disease from the SporeCam, the wireless control system adjusts the LumiGrow smart LED fixtures automatically to a spectrum targeted for disease suppression. The grower then has the potential to gain time to implement a comprehensive disease management strategy.

The new feature is called smartPAR Rapid Response and has also been made available to order from LumiGrow.

Scanit Technologies has been deploying sensors in the US and Canada for the last three years. Outdoor wine and table grape growers as well as cannabis, floriculture, fruit, and vegetable growers have begun using these sensors as Scanit continues to build their disease libraries.

“Our partnership with LumiGrow really illustrates the next age of agricultural technology,” mentions Glenn. “When you’re on the cutting-edge of new technology, it’s critical that technology companies work in collaboration with growers to address these fundamental problems … together. I couldn’t think of a better partner in the smart horticultural lighting space to bring our technology to market than LumiGrow.”