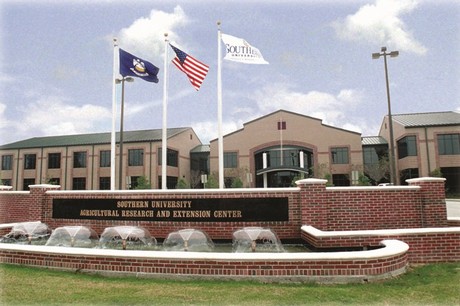 “This has been a historic week for the university,” said Ray L. Belton, Southern University System president-chancellor. “As one of two institutions in the state and the only historically black university in the nation to be actively involved in the medicinal marijuana industry, Southern looks forward to working with our vendor to provide quality medication for the people of this great state. This will not only make yet another mark in how we excel in STEM disciplines but also how we greatly contribute to our communities.”

Southern received final clearance from the Louisiana Department of Agriculture and Forestry on Monday after a final walkthrough of the facility located in Baker. Planting began on Tuesday morning.

“We remain on target with all of our benchmarks,” said Janana Snowden, lead researcher and director of Southern's newly established Institute for Medicinal Plants. “We look forward to having products to the market soon.”

Snowden, also an agriculture professor, said that academic, research and other opportunities across several disciplines at Southern are on the horizon.

Southern is slated to receive more than $6 million over five years per its agreement with its vendor. Another beneficiary of the plan is the north Baton Rouge area, with the facility set to employ more than 40 people who will be responsible for growing, manufacturing and distributing pharmaceutical grade medicines from the cannabis plant.