“We are thrilled to make this announcement and start working together to make Vinzan Colombia a leader in the region.” said CEO Brian Armstrong “We considered many options to grow our Colombian operation, but the strength of the CDM team set them apart.” 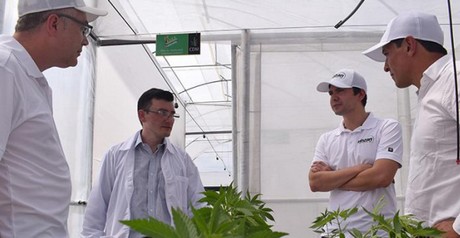 Vinzan’s Colombia operation include two growing locations in Guamo-Tolima and Sierra Nevada de Santa Marta, totalling over 18 hectares. Vinzan Colombia has been granted licenses for non-psychoactive cannabis and sowing of seeds by the Government of Colombia and is in the final stages of approval for manufacturing and psychoactive cannabis licenses. Vinzan Colombia’s operation also includes a seeds and genetics program that will provide inputs for all of Vinzan International’s operations.

“In Vinzan International, we found a team that shared our vision for reaching global markets,” said Vinzan Colombia CEO Jairo Moreno. “There is a lot of competition in Colombia, and in order to separate ourselves, we needed a partner who understands international markets and has a focused global strategy.”

The Vinzan International team is building a global network of operations to service regional demand for THC and CBD isolates, distillates and final form cannabis products. Vinzan Asia will service the growing cannabis market in Asia-Pacific region while Vinzan Colombia will focus primarily on genetics and distribution within the Americas.

“There is real pressure on the cannabis industry today – investors want to see bottom line profitability, sound management and a global strategy that can endure the growing pains the industry is experiencing,” said Armstrong “We are seeing a lot of cannabis companies make decisions that leave investors shaking their heads. At Vinzan International, we are executing on a global plan to service high valued markets from low-cost production regions. Our business model takes best practices from the world’s largest agriculture companies and today’s announcement solidifies another piece to that puzzle.”