Svensson’s American subsidiary celebrated 30 years in operation with the official ribbon cutting ceremony of its newly completed warehouse expansion on Thursday, October 3rd, 2019. Over one hundred customers, partners, industry suppliers and employees from both near and far attended the commencement and anniversary events in Charlotte, North Carolina. 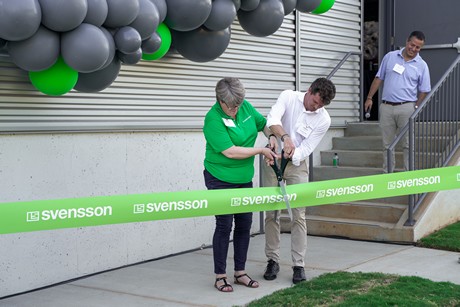 “1989 was the year that changed the world, the Berlin wall collapsed, the World Wide Web was born, we danced to Madonna’s Like a Prayer, and Svensson opened its doors in Charlotte, North Carolina,” said Anne Ludvigson, founder of Svensson’s Charlotte subsidiary, Ludvig Svensson, Inc. “Thirty years later, Charlotte and Svensson have come a long way– we have grown with the horticulture industry here in the Americas, which during the past thirty years has seen an incredible development.”

The event highlighted the companies’ past, which dates back over a century with its longstanding textile traditions beginning in Kinna, Sweden, in 1887. Guests received an inside look at the expanded production and warehouse facility, which significantly elevates Svensson’s service offering, providing both growers and customers with the screens they need when they need them. And in true pioneership, the event included a look at the future and Svensson’s strive to stay ahead of the curve, continuing as a premier leader in climate screens. 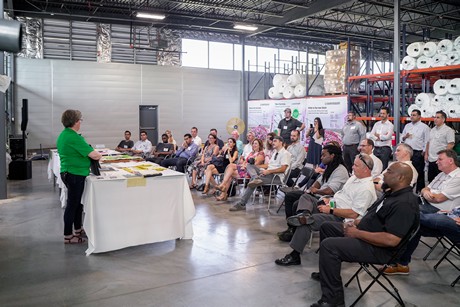 “To provide better climates, you must be where the growing takes place to learn, to see, and to come up with new solutions. We believe business is local and want to be where the growing is. Charlotte is our hub here in America, and with this new addition to our premises, we invest in the ability to serve all our customers, old and new, better. We further our part in developing the horticulture industry to provide better climates,” remarks, Anne Ludvigson.

Alongside the debut of the expanded building footprint, Svensson revealed a 30th anniversary mural spanning alongside its office exterior as a celebratory tribute to the greenhouse industry and the plants and foods which brighten and feed the people of the world. Produced by the internationally recognized mural artist Osiris Rain, the art adds blooming personality to Svensson’s officescape. “The mural is a creative way to tell the story of our company and industry, all while investing in the local arts throughout our community,” says Mauricio Manotas, President of Svensson’s American subsidiary. 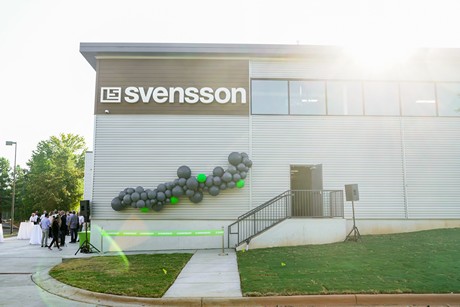 Svensson concluded the celebratory festivities with an anniversary party highlighting the companies’ 30-year milestone serving the horticulture industry from Canada down to Chile. “This is a remarkable milestone for any company. To this day, Svensson remains driven by the entrepreneurial spirit of our founders, which has enabled us to constantly push new boundaries and expand our offering,” says Manotas. “The loyalty and trust our customers have instilled in us, together with the passion and devotion of our employees are what has allowed us to continue to grow and thrive, expanding as an organization. We hope to continue this incredible journey alongside our customers and partners for many years to come in the Americas.”