The Stevie International Business Award is the world’s premier business awards program. The 2019 IBAs received entries from organizations in 74 nations and territories. A record total of more than 4,000 nominations from organizations of all sizes and in virtually every industry were submitted this year for consideration in a wide range of categories. The Steve Awards Ceremony is the most leading and prestigious business award ceremony in the world.

The most striking feature of the ceremony was that the panel comprised of 250 judges. Michael Galliher, the President and the CEO of the organizing committee of the Steve Awards Ceremony, presented the award to Shan Halamba and his company. The judges acknowledged that what they like about Shan, that he isn't just a successful business leader, he is hands on, has had worldwide impact, illustrated by governments around the world seeking him out, and he duplicates his success in ways that ensure others can grow and develop their own success. 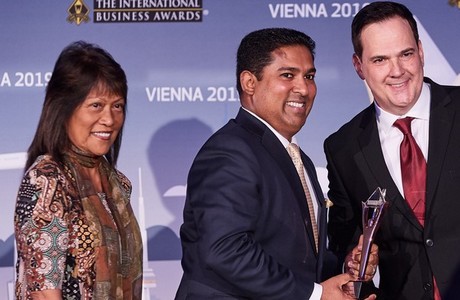 Further they highlighted that the evidence shows that the company is leading industries into a new era. What started as humble beginning 15 years ago, has grown into an industry leader with impressive stats and figures. The Judges praised the team for innovation, tenacity, stamina, and genius planning & execution.

The firm also received the Business of the Year Award at the 23rd Annual Awards Gala of Asian Chamber of Texas recently held in Richardson, Texas. Annual Awards Gala recognizes individuals or companies that have demonstrated excellence in business practices above and beyond the industry standard.