Why water-cooled fixtures are popular in cannabis cultivation:

“What you do not heat, does not need to be cooled”

Oreon's water-cooled LED fixtures are widely used in cannabis cultivation. "Living plants like a stable climate. Not a situation in which you first heat up the room as a result of lighting followed by cooling through HVAC. Ensuring that these spaces do not become warm is a lot more efficient than it is to cool them down”, Jan Mol with Oreon explains. “Then, thanks to the internal cooling system, your lighting becomes independent of your climate, offering more options in both lighting and climate”. 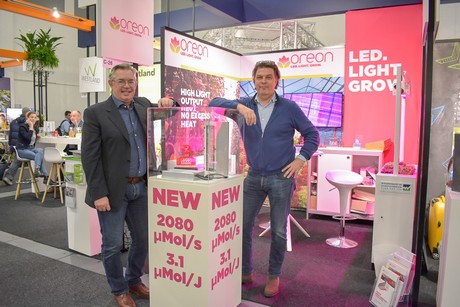 Water-cooled fixtures
Electricity and water may not immediately sound like an ideal option, but it is the combination that makes Oreon's fixtures popular in horticulture. The fixtures are continuously cooled with a closed water circuit. The water cools the fixtures and transports the heat out of the greenhouse or indoor growing facility.

"Despite the fact that LED generates far less heat than SON-T, the fixtures do heat up," says Jan Mol. "Oreon developed a cooling system that is compact, allows the heat from the fixtures to be re-used and is extremely efficient. The efficiency goes for both the energy use of the fixtures as for the general lifespan of the products: the lifespan of water-cooled fixtures exceeds that of SON-T lighting." In addition, the compact fixtures can hang under the trusses and still distribute the light uniformly, which diminishes shade from natural sunlight in a greenhouse.

Thanks to the cooling, higher light intensities (> 1000 mmol) can be used and illuminating in a greenhouse under a screen becomes possible, even in summer: a desirable growing climate for a light-intensive cultivation such as cannabis. 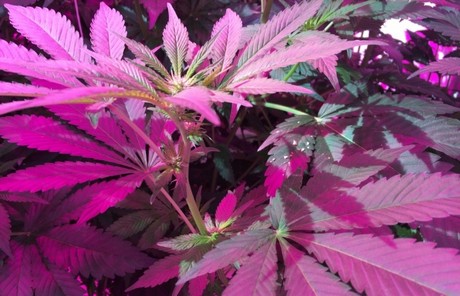 Climate control
"All in all, the climate can be disconnected from the lighting thanks to the cooling system", Jan summarizes. "In the past, these two could not be steered separately because more light automatically equalled more heat. This is no longer the case and it offers many more possibilities and flexibility. We do a lot of research into this: what is the ideal lighting of a plant and what is the ideal climate?"

Research in general is important to the company. Within the company, where it's mainly about the development of the fixtures, and outside with partners, suppliers and research facilities. "Our products were developed in collaboration with many innovative vegetable growers. Entrepreneurs who believed in LED lighting, because of its sustainability and the cultivation possibilities", says Jan. "That helped us enormously."

As an example, he shows how the fixtures are easy to clean. "The shape of the fixture prevents dirt from accumulating. No fins or places where dirt can accumulate, and because the fixture is waterproof, cleaning and disinfection is no problem either. We were familiar with these advantages from vegetable cultivation and we see that it is also very important in cannabis cultivation. Especially since there are hardly any crop protection products that can be used, a clean crop is of the highest importance.”

Legal Cannabis Coalition
Since 2016, Wageningen UR has also been researching the use of light in cannabis on behalf of Oreon. Together with various partners, the Legal Cannabis Coalition was formed, which is used to carry out research into crop optimization with various technical suppliers. "Year round, with several crops per year, on cannabinoids, resilience of the plants, irrigation", Jan sums up. "We want to gain scientific knowledge. That this is possible with so many companies is a unique opportunity.”

For Oreon, it's of course the effect of light that is of great importance. In the study, LED was compared with SON-T. First tests show a higher and constant photosynthetic capacity of the plant under the company's grow lights. Besides that, "when it is hot and the screens close, SON-T requires you to stop illuminating. With water cooled LED fixtures you can continue illuminating the plants. Of course, that makes a big difference. The results are higher yields and shorter cycles. 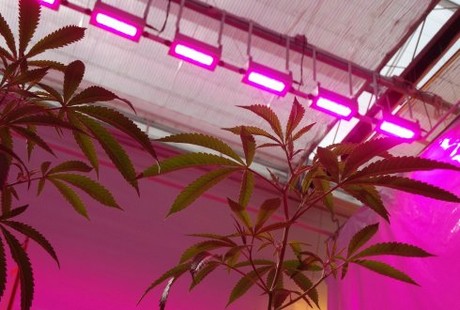 Greenhouse and indoors
Oreon's LED fixtures are more and more wanted for indoor cannabis cultivation. "In the greenhouse, of course, there is a lot of natural sunlight, and it is logical that so many crops are being grown in greenhouses. Yet we see that there is a shift to indoor cultivation of cannabis. This has to do with the safety and uniformity of the product and the extra control options you have, especially when it comes to medicinal production. In indoor facilities our water cooled solution saves cooling capacity and energy consumption. This is certainly an advantage for the supplier of water-cooled lamps.

"Almost nothing is as complicated as cooling rooms, especially if you want to keep the climate stable and have to deal with living plants. Ensuring that these spaces are not heated is a lot more efficient than it is to cool them down.

"In the vegetable sector, entrepreneurs re-use the heat from the LEDs again in their energy set-up, in order to maximize the energy efficiency. This could also be done in cannabis, for example by using underfloor heating to heat roots or spray water. But even by just combining water cooling in indoor cultivation with traditional cooling, you will achieve a much more efficient energy balance."

Meet the Oreon team this week on the MJBizCon Las Vegas in booth C6313.