"Tissue culture is the sure way to get clean, superior plant material"

There are a number of methods to ensure that a commercial cannabis crop is consistent. One of these methods is tissue culture. “The minute you start considering that genetics are part of the story, then we talk about tissue culture,” says Nico van Rooijen, Nic-In Systems CEO and founder. “The easiest way to multiply clones and have the same result each and every time is to do it through tissue culture. This is how you clone clean, superior plant material.”

Broader applications
Initially, Nic-in Systems developed its solution for its own nursery. However, they then found out that it could have broader applications. “By visiting many trade shows, I realized that a number of sectors were interested in more efficient tissue culture, not only horticulture growers and flower growers, but also the forestry industry and the cannabis industry.” 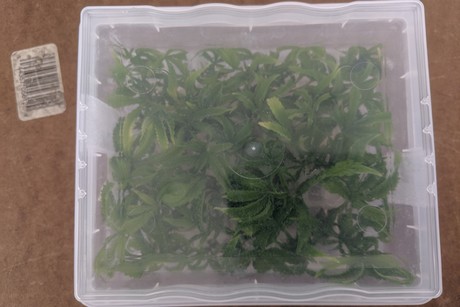 Taking uncertainty out of the equation
Nico takes care to explain what the benefits of tissue culture are. “In such an industry where you cannot afford to make many mistakes, it is of the utmost importance to guarantee that the output of an operation is constant and consistent, both in terms of quality and quantity,” he says. “Tissue culture is the sure way to get plant material. It would allow you to replicate a crop result. You need to be efficient and to be able to predict the percentage of an active ingredient in the crop, plus you need to repeat this crop after crop."

Space optimization
In order to maximize the efficiency, the Nic-in Systems containers are squared. “It is crucial to optimize the laboratory space in which you do tissue culture,” Nico says. “We have seen that a number of growers used round containers but ultimately you are not filling every empty space. The round container that we used to use occupied the same amount of real estate as our rectangle container, but since we had no plants in the corners, there was an air gap.” On top of that, the Nic-In solution is fully automated, allowing to plant up to 15,000 plants every hour. “Additionally, the cultures are transplanted into the nursery with the agar plug still on, which reduces the transplanting shock,” Nico points out. “In this way, the plant can still use the nutrients present in the agar, which dissolves into the peat in a very short period of time.”

Tissue culture: the future of the industry?
The cannabis industry is slowly getting out of its infant stage, and getting to a point of maturity where the reality is more important than the hype. “In the near future, the cannabis industry will only use superior cloning material, where each company knows what they are planting,” Nico says. “And because of their expensive infrastructure, they cannot take the risk of having clone material that’s not clean. Growers need to know that a specific strain produces a certain amount per square meter, so they know what they are going to harvest, not only in terms of quantity, but also in terms of quality.” 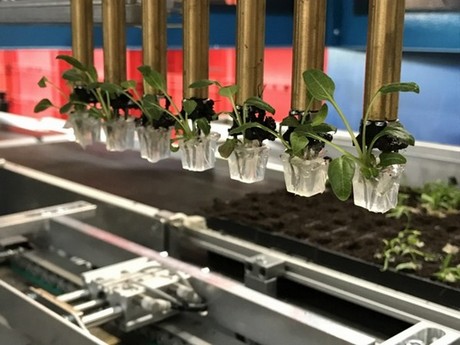 "Thus, I think that the industry will be growing known clones, that are produced by specialist tissue culture and plug producers (either ‘in house’ or external). The laboratories will be automated by having robots doing the cutting in the laboratories, for instance like RoBoCut are building in Germany and the tissue cultures will then be transplanted in the nurseries by automated transplanters. This will give the Cannabis industry superior planting material at affordable prices. This kind of automation like ‘RoBoCut’, ‘Nic-In Systems’ and automated transplanters will become essential in driving efficiencies," Nico concludes.