The job of the master grower

Jason Talmage is a director of cultivation and a consultant, and he has managed three of the largest grows in the US. “This is a tough industry,” he says. “But exactly because of this inherent quality, it is also extremely fascinating.” 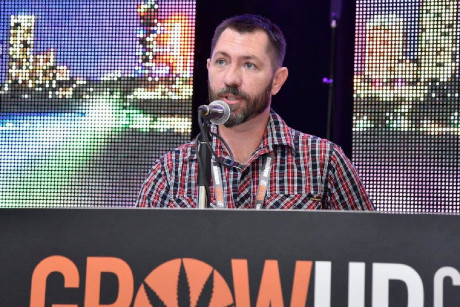 Jason Talmage during the GrowUp Conference

Too much hype
As many master growers have remarked since the inception of the regulated cannabis sector, a substantial number of growers that jumped into this industry were basing their expectations on too much hype. “Shifting from an illegal to a legal space simply means transitioning from a small to a large scale,” he points out. “The main issue that these growers have made is to think that the business model that worked for them on a small scale could just be adapted on a large scale.”

“At the same time, many cannabis companies hired people with degrees in horticulture thinking that would be enough to ensure success. However, these highly educated people tend not to have enough experience in cannabis. Bluntly put, on the one hand there is people with experience in large-scale cultivation, while on the other hand there are people specifically expert in cannabis. There are growers who have both of those, but they are a ‘rare commodity’."

The skills of a master grower
According to Jason, a completely different set of skills is required in order to ensure the success of a cannabis operation. “You need to know how to manage the budget, how to come up with repeatable SOPs,” he explains. “On top of this, you need to create training programs, meet with vendors: the duties of a master grower are vast, and a lot of people think the job is only related to growing.” 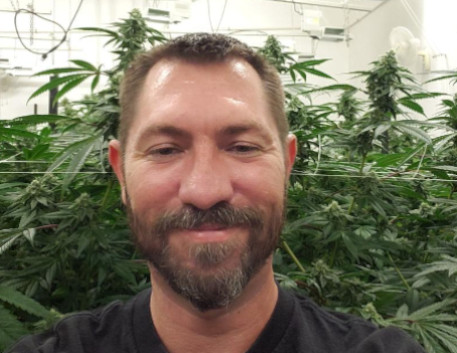 Jason recounts that he was hired to manage three major grows, and he initially found similar problems. “There was one big crew floating around, without any specific aim,” he says. “So, the first I did was to create departments. For instance, I created five departments out of one only, and everything started to run much smoother.”

“In my opinion, it seems to me that a lot of guys thought they could get quick money, as this looked like a not particularly work-intensive sector. Though when I set up everything for them, they were shocked by the amount of work and responsibilities, most of which are in the hands of the master grower. If you want to thrive in such an industry, you need an unbreakable motivation.”

Willingness to learn
Jason mentions motivation because there are many things to learn. “For instance, a lot of growers know that they have to pH the water for fertilizers, but they don’t know why,” he points out. “They can tell you all the micronutrients that are necessary for cannabis growth, but they don’t know what’s their actual role in the plant itself.” That is why Jason thinks that scientific acumen is of the utmost importance. “Really motivated growers dive deep into research: that’s when you become a real master grower.” 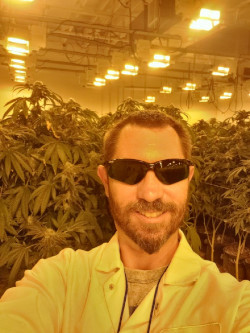 The importance of having a particularly knowledgeable leader is felt even more in an industry where there is a shortage of skilled labor. "This is also another reason why you need a master grower who knows how to set up training programs, in order to get the most out of their employees,” Jason remarks. “Especially when it comes to operating an indoor grow.” Indeed, Jason says that these kinds of operations can be very difficult to manage. “You need to get the right environment and thus the right team to set up the HVAC system. A master grower needs to be able to understand the nuances of running such a cost-intensive operation to make them as much efficient as possible. And this includes also navigating the regulatory systems and be aware of what is and what is not allowed.”

Not only cultivation
It is indeed equally crucial to know how to accommodate one’s business model to the regulation in effect in a given state. “In Washington, for instance, if you need to make an investment for your cannabis operation, maybe because you need a new piece of equipment, or a machine just broke, you need to submit a request to the liquor board,” he explains. “And it takes months for this request to be processed. Which means that, if a machine broke, you can be months without any substitute. A master grower needs to take into consideration everything that factors into running a large-scale cultivation, and on top of that, they need to understand the complexity of this specific endeavor and work around that.”

At the same time, Jason has noticed that many companies in both the US and Canada have adapted business models of other sectors to cannabis. “This is definitely a step ahead compared to other cannabis companies, but it is nonetheless important to gain an understanding of how to structure things from the ground.”

This issue might be solved within the next years, as the research and the industry catch up with regulations. “In the future, there will be way more standards, and these will also be more available for people to research and apply,” he says. “Eventually, also the lack of education will be overcome. Many people with degrees on cannabis are being trained as of now, and these graduates will definitely help the sector as a whole to advance. I think it will take 10, 15 years to truly get everything down. But these need to be very dedicated 10 years.”