"The cannabis plant should be a shareholder"

One of the most pressing issues of the cannabis industry, especially during this trying time, is the labor shortage. Brian Martello Chaplin is founder and Chief Brand Officer of Medicine Box, where they develop "mindful medicine through the wisdom of cannabis," he says. In order to explain where this issue stems from, he provides an example. “Let’s make a restaurant analogy,” he says. “There is this brand new restaurant that hires a talented former chef, who uses his knowledge to wrap up a good menu. Then, this former chef gets fired because the line cooks can take over the menu. The restaurant owner basically stole the knowledge of the chef to cut its cost to have minimum wage laborers. This happens a lot in the cannabis industry.” 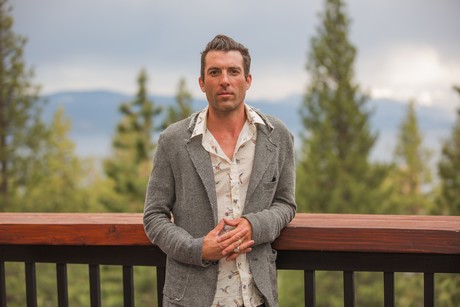 “A number of cannabis companies hire a master grower who develops cultivation plans and so on, to eventually be fired. That's because businessmen are treating cannabis cultivation just like they would a cut flower field where they have seasonal laborers coming in.”

Legacy growers
According to Brian, one of the main reasons for such an issue lies in the fact that many of the growers who used to grow cannabis in the underground market were not granted a seat at the table. “This led to a shortage of the intention of labor you use to grow cannabis,” Brian points out. “But these legacy growers got trapped up in venture capitalism, whose business model doesn’t show any respect to the plant. Thing is, the plant should be a shareholder, and if you don’t understand the plant, if you don’t have any respect, I honestly think you shouldn’t do any business in this industry.”

The sandbox
To further explain his position, Brian gives another metaphor. “You are in a sandbox where everyone used to play similarly. However, at one point a line is drawn and now there are 4 sections. In one section, there are new people coming in (representing the legal, super funded, cannabis industry). In another section, there are people, like me, that come from other sectors and decided to adapt themselves to this new world. In the third corner, there is what I call the purgatory: people that say 'I kind of want to adapt, but 10 years ago I was going good and I want to keep doing that.' These people hold onto the past, and don’t really know where they want to go. In the fourth corner, there are people that don’t want to partake anymore in cannabis endeavors, who don’t care about either the traditional market or the regulated industry. This is exactly what has happened in the last years: the lines in the sand became very defined. In box one, there is the mentality that champions the vertical integration: they are just continuously raising money, which is not a sustainable model at all; such an approach doesn’t pay any attention to the consumer, to the human at the other end of the supply chain. But mostly, it doesn’t pay attention to the plant, it only takes into consideration what’s in the middle. However, this only goes so far: there are a lot of variables and forces that factor into the labor shortage of talent.”

Finding talent
At the same time, Brian believes that there’s real talent out there; however, it is hard to find because of the too strict regulations. “I think that people should be valued more, wages should be higher for growers and master growers; their knowledge should be valued and compensated for what it is worth. In such an over-regulated industry it is of the utmost importance to rely on people that have some sort of experience and know-how to tackle a sophisticated marketplace. The industry is really young, 37 seconds old if you will. The current coronavirus crisis surely is not helping, but it is exactly in these moments that we are not asked to relax: with my team, we are full speed ahead and working cohesively to come out of this, slowly and steadily, and positioning ourselves to scale up. The economy is going to bounce back fairly quickly, and this is our time. As soon as the issues of education, over-regulation, and integration are solved, we are going to find ourselves in one of the most thriving sectors.”