Cheap gas and electricity for the smart grower

When reading about the decreasing oil prices and a surplus of (green) electricity, one knows that these are strange times. Receiving money when purchasing power, because energy suppliers have too much, is not a utopia at the moment. Not for consumers, but certainly not for major users like the greenhouse horticulture. "A negative price for electricity for more than five hours is something we've never seen before", says Hans Sonneveld with Enova who explains how growers can get 'nice returns' out of the purchase of both electricity and gas. 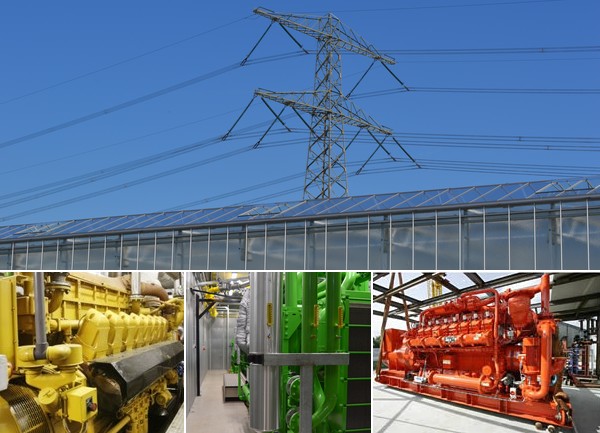 Negative APX-prices electricity for hours
Despite the relative balance on the Dutch grid, there's a lot going on for the trained eye to see. "A negative electricity price for more than five hours at energy trade APX, that has never happened before. What is important, though, is that the APX price runs one day ahead, so you have to anticipate on this, it's not possible to just jump in when it happens."

Closing and making profit
And yet, there's certainly a profit to make for the grower, who, with or without the help of energy specialists from for instance Enova, who buys energy at very low or even negative prices. That doesn't require emergency or regulating capacity. "As a grower you can make your own decision to turn the heat down a little when you're trying to slow your growth down for the current market situation, or to turn the lights on, although that doesn't make very much sense with this sunny weather."

Another option is of a slightly more technical nature. "For quarter 2, our customers have often already sold the electricity that is released when they run their CHP and have sometimes already taken up positions two years ago. If the grower reconciles that position, with the price agreed at the time in an OTC deal, with the current low APX prices for electricity, you can easily calculate the difference. Subsequently, returning to the imbalance market means that trading profits can be made".

Bottom price gas
And the oil prices are low too. What can a grower do with that? "With oil not that much, but there is a correlation with the gas prices and those are very low as well, especially on the daily market. When in the beginning of this century the gas market was liberalised, a cubic meter cost a dime and everyone was saying that we'd never see those prices again. Now the gas price has lowered down to about six euro cents, a real bottom price for which gas producers can apparently barely produce in a profitable way."

Plea for the CHP
Furthermore, the Netherlands probably can't do without fossil fuel for decades, says Hans. "That is because we are so far away from being able to store all the sustainable energy, both technical and economic. Let's be positive about the greenhouse horticulture where CHPs work that have the highest energetic profit of all the known fossil ways of making electricity. Those are the ones you should stop last of all fossil sources."

Every last bit
One way or another, electricity users, gas users and electricity and gas users, can make money off of the current energy developments. "We know we try, as always, to get every last bit out of it for the customer, and that goes very well at this moment", concludes Hans, while calling to growers to keep following the market developments closely. "And yes, in the field of CO2 as well. The large industry is in maintenance for the coming time, so we'll have to wait and see what that is going to do for the supply of CO2."