A research project by Fluence by Osram

How different light spectra impact the metabolism of the cannabis plant

The cannabis industry situation in the US is scattered in terms of regulations. Indeed, each state has different rules in effect, and these might even differ between jurisdictions in the same state. For instance, in the state of Texas, things are not the same as in Washington and California. Recreational cannabis is still illegal, and medical cannabis is only available for certain conditions. This results in a very small number of producers, with Compassionate Cultivation as the main one, which supplies the whole state.

This is also one of the reasons why Fluence by OSRAM, a global provider of horticulture LED lighting solutions, has teamed up with Compassionate Cultivation to conduct research on how different light spectra impact the metabolism of the plant. “There is a need for production research, especially in controlled environment systems, because cannabis chemistry is particularly sensitive to its environment,” Fluence’s Senior Scientist, Dr. David Hawley, explains. “With a plant intended for medical applications, the effects of that plant are dictated by its chemistry, which is itself dictated by its genetics and production environment. Some of the metabolites thought to be involved in medicinal applications can be increased or decreased in concentration by manipulating the production environment.” 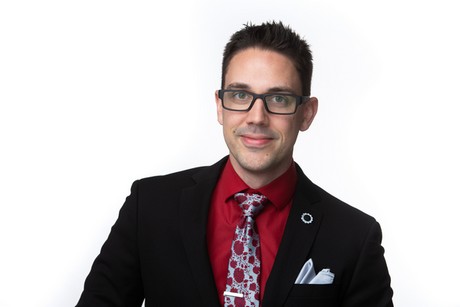 Shedding light on cannabis metabolism
“The industry understanding of how light impacts cannabis secondary metabolism has been mainly based on speculative information. For instance, one of the most referenced studies on the effects of UV-B on cannabis secondary metabolism was conducted by a research group led by Dr. John Lydon in 1987, and there are few, if any studies that have expanded on the matter since then. There some studies now emerging that are exploring different aspects of cannabis lighting, but we’re still in relatively uncharted waters compared to other commercial crops.”

Dr. Hawley continues explaining that the biosynthesis of THCA, the chemical precursor to the psychoactive compound THC is partially regulated by the way chemical precursors preferentially combine. Exactly what drives these preferential combinations one way or another is still widely unknown. “Lots of things in the environment could be impacting this biochemistry; I’m talking not only about light, but about irrigation, nutrition, and all the other environmental parameters that go into shaping a plant,” Dr. Hawley points out. 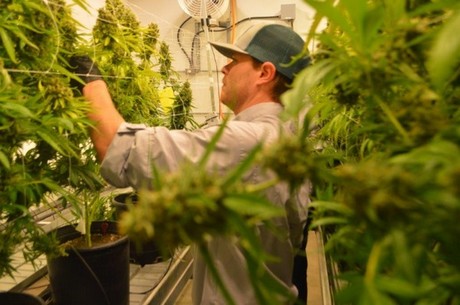 Light quality, intensity, and terpenes
Tweaking light quality and intensity can have a major influence on the development of terpenes. “The understanding of environment and terpenes is much more robust than the understanding of the development of cannabinoids, though they do share some biochemical precursors,” Dr. Hawley remarks. “We can look at the academic literature and glean some insight. For instance, carotenoids are downstream products of tetraterpenes. In the plant, carotenoids play a role in mitigating high-light stress and absorption of mid-range cyan-green light. So, what happens if we give them an abundance of green light? Are the plants going to make more carotenoids to manage that light, taking resources away from the synthesis of cannabinoids, or are they going to drive synthesis of those precursors, making more available for the synthesis of cannabinoids, terpenes, and carotenoids?”

Still unanswered questions
Even though the cannabis industry is maturing and the understanding of the plant is advancing, there are still many things that need to be addressed. “There are some really big questions that the cannabis industry asks when it comes to production,” Dr. Hawley says. “As one of the premiere lighting companies providing solutions for the cannabis industry, we have good insight into the kinds of questions producers are asking. This helps guide our research; we have a few things in mind that we believe could be very impactful on cannabis production, and potentially shake up the market and help people overall. Of all the markets we develop lighting solutions for, cannabis surely is one of the most interesting. Production priorities are different in cannabis than in other commercial crops. For example, it is a higher priority to have a very consistent plant, or to have a specific ratio of THC and CBD to meet certain regulatory requirements, than it is to just achieve the highest possible yields. For instance, we’re currently conducting a study using a high CBD cultivar where, if we use one specific lighting strategy, it increases the concentration of THC above the legal limit for hemp. Conversely, we may have found a way to achieve the opposite effect using a different lighting strategy. If a producer were growing a high CBD cultivar and we could offer them a lighting solution that reliably minimizes THC in that cultivar, the grower would be given huge peace of mind. The research is still underway, but early data are very promising.”