Water scarcity and soil salinisation are major problems in many parts of the world. In many countries, people lack the resources to access new sources or to effectively clean and reuse it.

Today we know working with chemicals is not future proof. The application of sustainable technologies to treat water and soil, however, is. This, in turn, explains that a series of water purification and water improvement techniques, all of which have been discovered more or less recently and are in continuous development, makes progress worldwide.

"The effectiveness of these techniques obviously depends on all kinds of circumstances, but often a combination of different approaches can lead to even better results," Raymond Lescrauwaet explains. As a commercial technical specialist, he works with the Swiss multinational Aqua4D, a company which developed a technique that treats water by means of electromagnetic signals. “In our region these techniques still have a somewhat exclusive character, but for growers elsewhere in the world it is a great help. As far as Aqua4D is concerned, we already have more than 1500 systems running in horticulture and agriculture in North, Central and South America, the Middle East and Africa. There are several examples of growers with many hundreds or even thousands of hectares, who have spectacularly improved their soil thanks to Aqua4D and now save more than ten percent on water consumption (such as, for example, at this apple grower in Turkey and this spinach grower in Spain). And this also without maintenance costs and more than once directly connected to a solar cell.” 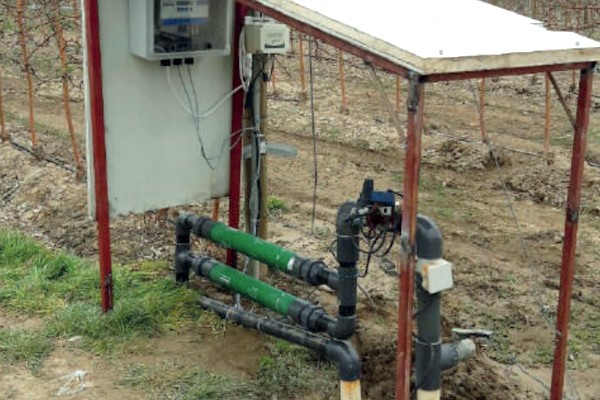 Oxygen addition in combination with electromagnetism
However, the point here is not to promote Aqua4D specifically, nor other techniques. The main point here is that these can often be combined well. “With Aqua4D you treat the water itself, the water molecules. These are restructured by breaking hydrogen bonds (explanation in Dutch), so that nutrients are better absorbed, leaching is better, soil life increases, nematode pressure may decrease and more. But because this technique refines the molecular water structure, it can also increase the effectiveness of complementary techniques.” 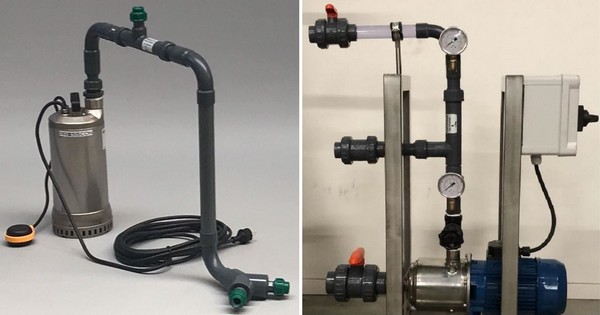 Then, perhaps even in the first place, one could think of enriching water with oxygen. Oxygenated water means healthy, 'living' water, which plants and soil life can use well. That is why it is beneficial to add and research is ongoing for ways to dissolve more oxygen in water, even more than is possible with existing techniques.

A successful example of this is the Vital Oxidizer, a product from manufacturer Presscon. Water under pressure is hereby pushed through a special constricted section in a pipe - for the technicians: cavitation occurs in the water via a venturi effect - and this allows the absorption of more oxygen molecules (and also other positive effects occur, which cannot be fully explained yet). Raymond: “Oxygen in the water is crucial for water quality. Less oxygen means, among other things, fewer (beneficial) bacteria and more germs, which do prefer a low-oxygen environment. In addition, without oxygen organic waste is hardly broken down and pollutes water silos and pipes. Because Aqua4D refines the molecular water structure and very likely more oxygen as 'Nano particles' can be absorbed and these also will remain available longer, both techniques call out, as it were, to be combined. Soon pilot projects will start in, among others, cucumber, bell pepper, tomatoes, chrysanthemums and lisianthus, in cooperation with JVR tecmar.”

CO2 injection by means of venturi
So far so good, but make it even broader and new ideas appear. For example, every grower knows the problem of a too high pH of the drainage water. Water with a pH that is too high, but also with a too low pH, will absorb less nutrients or there will be a shortage of other, naturally occurring raw materials. “The grower therefore adds nitric acid or phosphoric acid to bring that value down. But that has a downside: it concerns many thousands of liters per year and certainly in those quantities it simply is poison. It is corrosive and harmful to the plant”.

These are the words of crop advisor Arno Westhoven, who has recently taken on the task of introducing an alternative to the horticulture sector. "It's simple: add CO2 to water and the pH value goes down," says Arno. “In the world of fish tanks and fish farms, everyone is familiar with that, in a large variety of different industries it has applications, but strangely enough it has not yet become well-known in horticulture. CO2 is good for growth, people are investing hundreds of thousands to pump it into the greenhouse, but the neutralizing effect on irrigation water is surprisingly barely noticed.”

Using CO2 in the water means an improvement of the water quality. Nutrients are better absorbed, so that also less (unnecessary) evaporation takes place. The consequence is also that the need for plant protection products is decreasing, as a result of which, as it were, cultivation automatically becomes more sustainable and more environmentally friendly. In addition, the deposition of algae as well as minerals is greatly reduced.

The addition of CO2 is largely similar to that of the Vital Oxidizer (i.e. through a venturi). The CO2 injection technique SOLVOCARB® was developed by the industrial multinational gas giant Linde, but although this company, for example, is interested in fish farming, it has never really focused on horticulture. Arno therefore came up with the idea of introducing it into this world on their behalf. “That is how I came into contact with Raymond Lescrauwaet and now we try to show growers, not so much what they have to do, but what is still possible to improve the water quality in a sustainable way.”

In agriculture there are now a number CO2 injection venturi system users, and one is also in operation at a golf course and one at a large football club. Soon, at the first greenhouse grower - a large chrysanthemum grower – a system will be installed as a practical trial. 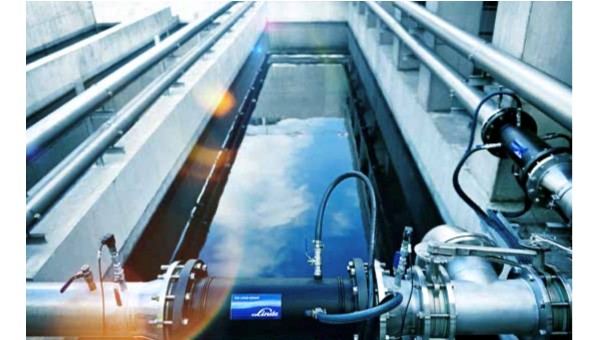 Ultrasonic treatment
“Algae are indeed a major problem for many horticultural businesses,” says Yves Peeters, technical advisor at Maritech. This company applies ultrasonic technologies, in other words, producing specific sound waves to achieve a certain result. “Think of cleaning of equipment or removing biofilm or other deposits. But there is another nice effect: after research - in particular by the Belgian researcher and inventor Thomas Hillaire - it turned out that algae could be killed with low-power (ultrasonic) sound waves.”

This technique, which at first may sound strange to the layman, has now for two decades been making its way into water basins all over the world. The actual device can easily be installed in water pipes using a T-section or be placed on a float on the water surface. The sound waves it emits collide with the weak single-celled algae, which literally receive a blow. This will cause a crack in the cell membrane of the vacuole and they will die.

Yves: “The effect is mild, the waves are so weak that no side effects occur. The big advantage is that no chemistry is involved; you create a stressful environment in which algae and some other micro-organisms cannot grow, and which also prevents the formation of biofilm. Moreover, the ultrasonic signal is composed in such a way that no resistance can be built up.” 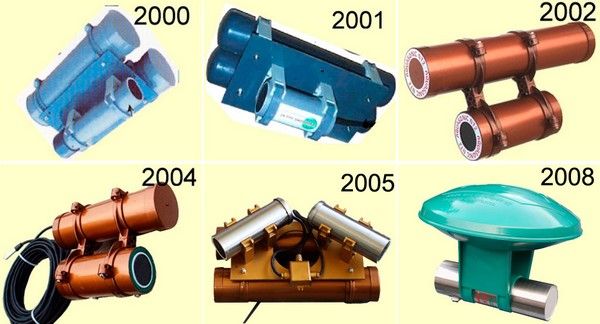 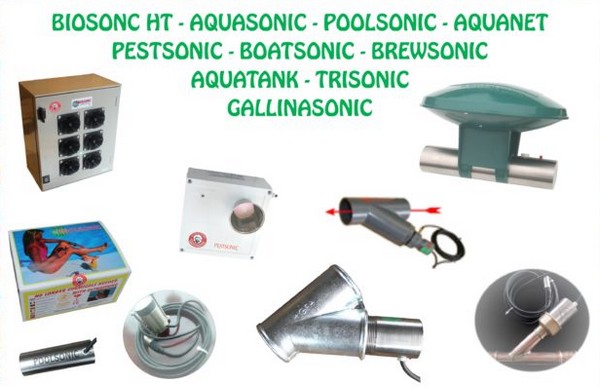 Crops in which the techniques from Thomas Hilaire - baptized Aquasonic and Biosonic - are already widely used are, for example, lettuce and tomato, in which one is often confronted with pathogens such as phytophthora, pythium and fusarium.

It also has applications in (recreational) lakes and fish ponds, in which it attacks the blue-green algae. Finally, a major advantage of the technique is that no movement/circulation is required, which makes it also possible to treat standing water.

Sustainable opportunity, sustainable profit
In conclusion, we can briefly say that examining water quality and acting on it is practically always useful. Improvements can be achieved in almost every crop by optimizing the condition of the available irrigation water and safeguarding it from often unnecessary pollution. In this way, water itself is a sustainable opportunity, with likewise return.