“The pathogen has a wide host range and is known to cause disease on more than 500 plant species in 100 plant families,” Singh said. “Some of the economically important vegetables include tomatoes, potatoes, peppers, eggplants and cucurbits.” 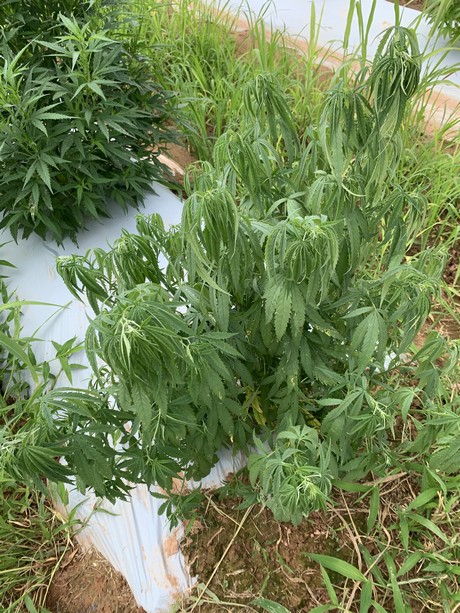 On closer inspection of wilted plants, dead, water-soaked lesions can be observed along with white fungal growth (mycelium) and sclerotia on the base of the plant at the soil line.

“Sclerotia are fungal structures that help the pathogen survive adverse environmental conditions,” he said. “They are tiny, mustard seed-like, tan-colored when young and turn reddish to dark brown as they age.”

They can persist in infested soils for several years in the absence of a host.

Southern blight is favored by hot and humid weather, which is common in Louisiana. The pathogen has the ability to infect industrial hemp plants at any stage of their growth development.

The pathogen may spread by a number of means, including planting of diseased transplants, movement of infested soil, equipment, tools and plant debris. Running irrigation water may also aid in dispersal of sclerotia.

Fields with a history of southern blight must be avoided. And growers should scout hemp fields regularly for symptom development.

Farmers should destroy symptomatic plants immediately and not leave removed infected plants in the row middles or carry them across the field. They should dig out infected plant with a shovel and remove the entire plant with the root ball and soil around it, place it in a trash bag to contain the infested soil and sclerotia, then remove it from the field. 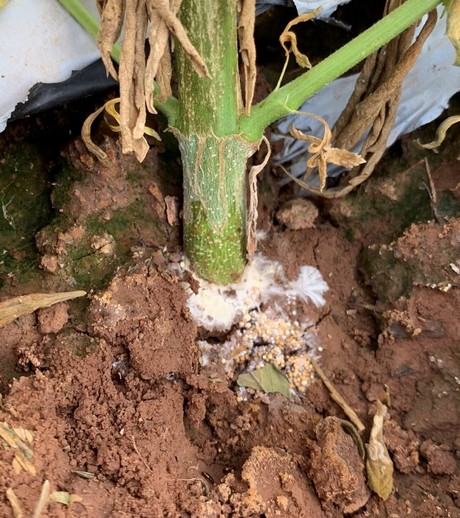 Movement of infested soils should be minimized to prevent pathogen spread, Singh said. He recommends cleaning farm equipment to remove soil and encourages personnel working in fields infested with southern blight to clean their boots.

“Keep weeds in check, as some species may serve as alternate hosts of the pathogen,” Singh said. “Destroy crop debris as soon as possible after harvesting.”

Currently, no fungicides are available for industrial hemp growers to manage southern blight.