Fungal pathogens affecting the production and quality of medical cannabis

As the sales and consumption of medical cannabis increase globally, the industry is working hard to elevate its understanding on the many unknown aspects of cannabis plants. Cannabis crop protection certainly represents one of the fields that needs more light to be shed on, as this has to align with pharma standards of cleanliness and healthiness for the plant and of safety for the patient.

Mainly, there is a lack of knowledge when it comes to the fungi that infect cannabis plants, and effective ways to fight them. This is why a group of Israeli researchers have further explored the types of fungi that affect medical cannabis plants in Israel. According to them,  “Based on reports from medical cannabis farms and from the Israeli Agriculture Ministry reports, crop losses caused by plant diseases are estimated at over 10%.” Therefore, addressing cannabis pathogens and effective ways to counter them is crucial not only for patients, as they have to rely on safe medicines, but also for companies and growers, as crop losses eventually translate into revenue losses.

Interestingly enough, the researchers compared their results with another study that was conducted in Canada, and some differences came out. “[F]ungal pathogens isolated from cannabis inflorescences in Canada [showed that] six main pathogens were recovered: B. cinerea, Fusarium solani, F. oxysporum, F. equiseti, Penicillium copticola, and P. olsonii. In a similar study examining potential soilborne and crown rot cannabis pathogens, four different fungi were reported to cause disease symptoms in MC plants via root inoculations: F. oxysporum, F. brachygibbosum, F. solani, and Pythium aphanidermatum.” According to the scholars, the development of the different pathogens was mainly influenced by the conditions of the location in which those have been collected. 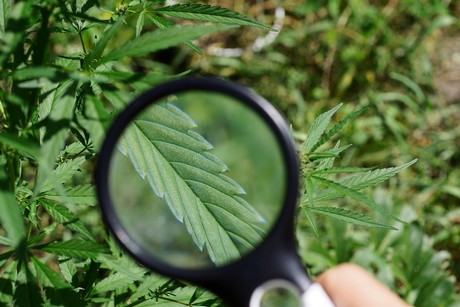 Furthermore, this also highlights the necessity to better explore the reasons why specific pathogens develop in specific locations. The understanding of this aspect is particularly crucial as it will provide the ground upon which strategies to fight said pathogens can be made, thus decreasing crop losses and not posing any risk to the end-consumer.

Fungal pathogens in Israel
The research in Israel was conducted by collecting infected medical cannabis plants and isolating fungal cultures from different commercial cannabis operations. The results showed that Alternaria alternata was the most common fungus, followed by Botrytis cinereal and Fusarium oxysporum. 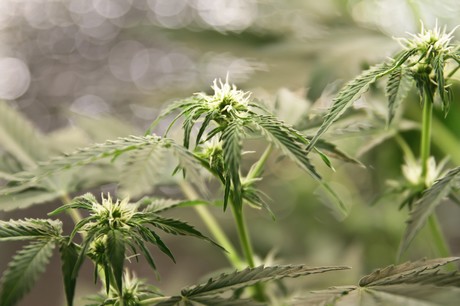 The scholars point out that they have noticed a “pattern of seasonality” of the fungi affecting medical cannabis plants: A. alternata was found to be most common during spring and fall, when mild temperatures and a high level of humidity facilitate the development of this pathogen. According to the researchers, the seasonality of the fungi is another extremely important aspect to better understand, as this would “contribute significantly in managing plant diseases via agrotechnical means, i.e., planning the growth cycle in such a way that all inflorescences are harvested before optimal conditions for the appearance of the major pathogens, thus reducing yield loss and preventing extensive infections.”

Still many things to discover
The different fungi that develop in different locations and the element of seasonality are two of the major elements that, once understood, would ensure growers peace of mind when it comes to fighting such pathogens. As the academics suggest, to advance our knowledge on these, local research and data collection will prove to be fundamental, because, as they remark: “Identifying the common pathogens that affect medical cannabis plants, which plant tissues they infect, and during which seasons they appear, is crucial for medical cannabis disease management, leading to increased yield, better quality, reduced application of fungicides, and a safer healthier product.”