While downgrading Hurricane Marco to a Tropical Storm as it landed Monday night at the mouth of the Mississippi River brought some relief to regional growers, they were hoping for the hurricane by-product: rain.

Laura hit the Dominican Republic as a Tropical Storm and is on its way to the US as a hurricane.

US sweet potato industry looks forward to rain
“There’s no rain yet,” says Matt Garber of Iota, LA-based Garber Farms. “All the rain, wind and bad hurricane things will be Thursday with Hurricane Laura. With the current tract we should be fine and get the rain we need. We can handle the rain and wind. But we just never know about tornados in the rain bands.”

Garber notes that, as a sweet potato producer near the Louisiana coast, Garber Farms is always prepared for big storms. “We desperately need rain right now for the sweet potato crop. But as usual, big floods are not wanted,” he says. “Marco looked mild and we’d hoped for some rain off of it. Laura looks like it will be stronger with more rains and storm surge.”

As for the effects on crops, early harvesting to offset any potential storm damage isn’t much of an option. “My sweet potato crop harvest has not started yet. We won’t start until they’re ready. Harvesting early gives up too much yield,” says Garber, adding that even if it were to be harvested already, it wouldn’t mitigate much potential damage given that it takes a few months to harvest the entire crop. “Safety always determines speed of harvest and that does not change with an approaching storm. We are in Louisiana and figure we always have the threat of a hurricane,” he says.

For the Mississippi sweet potato industry, the hurricanes aren’t looking to have much of an effect. Sylvia Clark of the Mississippi Sweet Potato Commission says: “Marco only gave us a bit of misty rain. Laura will likely bring some rain here but for now it’s still unclear how many inches we can expect. The growers haven’t started their digging in the fields yet, so to have some rainfall soaking the ground could be helpful and put the fields in a better shape. The weather forecast predicts that we’ll miss out on most of the storm besides the rains, so we’re hoping that holds true.”

While the rain was welcome, in the country's banana industry there were a few more negative effects. A statement on the Instagram account of the Ministry of Agriculture said: "Some 49,000 plantain and banana jobs were affected by Storm Laura, according to reports from our technicians in Barahona." 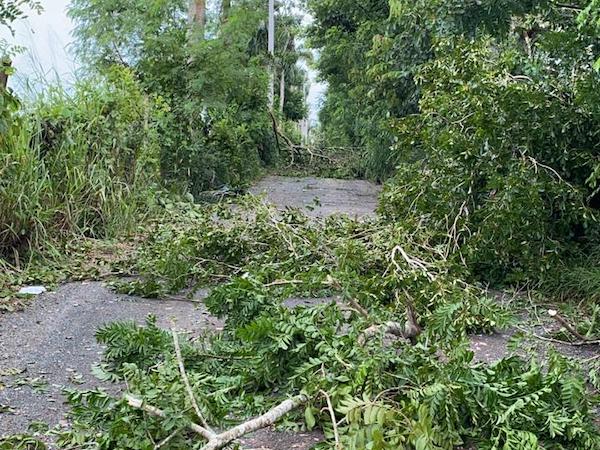 Príamo Molina, of Asopropimopla, a pineapple association in the Dominican Republic shares: “We are in Monte Plata, and we saw many rivers overflowing from the storm, but for the pineapple industry there was no damage. We are fortunate that the farms have good infrastructure which has helped prevent damage.”

In Puerto Rico, the winds from the storm had some damage on the crops. Eileen Rodríguez Scheman of MS Mango says: “When there is a lot of rainfall during the storms, we’re able to prevent damage by controlling where the water runs to. With wind, however, there’s nothing we can do. We had some fallen trees and for our papaya and our plantain crops there was damage to about 15% of the crop. This is the second storm to hit us this summer, we had one less than a month ago and that one also damaged about 15% of the crop. It’s only early in the storm season, so we’ll see what happens in the coming weeks and months.”

Earlier this week, Tropical Storm Laura was upgraded to Hurricane Laura and may land on the upper Texas or southwest Louisiana coasts late today or early Thursday. The storm has already killed at least nine people in the Caribbean.