Optimizing the cultivation environment in your indoor cannabis facility pt. 1

In this new article series, we are going to pick the brain of David Kessler, VP of Horticulture and Customer Success at Agrify. David has extensive experience in horticulture and large-scale cannabis growing.  He has worked on countless projects throughout the US. In this first part, we are going to explore the fascinating world of horticultural lighting systems, and which of these are to be considered the best. In the second part of this series, we are going to discuss environmental control and data collection, to better understand their importance and their interdependencies.

There are three major topics that a cannabis grower should be aware of when setting up their cannabis cultivation: building selection, environment management, and system integration. Each of these hurdles comes together with an array of regulations that establishes the limits within which one can move. “Licensing and heavily regulated environments are the first challenges that every grower will face,” David Kessler explains. “But once those are taken care of, the construction, equipment selection and cultivation commence. This is where Agrify comes into play.” 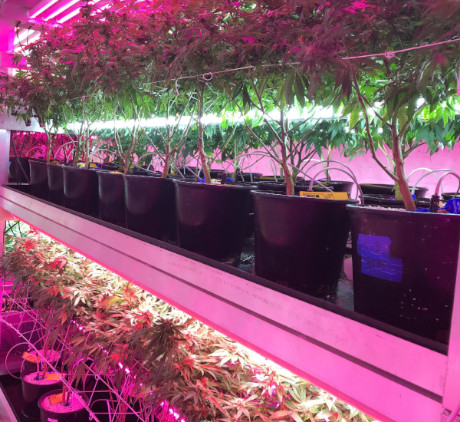 Agrify focuses on setting up optimized cultivation environments and on improving the efficiency of ongoing operations. “When you come into this industry “wet” (without experience), you need to understand own your budget, as that is going to dictate the decisions you make,” he continues. “I have known a number of business people that got into the industry undercapitalized, and invariably they run out of money before the facility is operational, causing huge delays. Those delays compound expenses; as you nonetheless have to take care of permit fees, rent, and  contractors that need to move onto other projects. The understanding of your budget is critical; and with that understanding, you can make good decisions about what kind of equipment you are going to use.”

Be sure on what you can do
This is especially true if there is a tendency of getting in way over one's head. “When I go to a car dealer, I select the car that I can afford,” David says. “I love Ferrari, but that is not within my budget.” This issue often is played-out when growers select their lighting systems. “Once a building has been  solidified, decisions about lighting can be finalized based on the style and methodology of growing selected.  The decision between the “old reliable” DE HID lights and the energy savings of LEDs becomes a critical one for the long term success of a cultivation facility. For instance, the ROI for LEDs is 3 to 4 years, assuming the US national average cost of electricity. These are 3 years of electrical costs which, if saved, reduces the operational cost and proves LEDs to be successful in the long term. Some growers are concerned that LEDs do not provide the same results as HPS, but here’s the thing: LED technology is advancing extremely rapidly and it has already surpassed HPS; on the other hand, HPS lights are stagnant in terms of advancement.”

Lighting and efficiency
To look at the efficacy of lighting, it is crucial to understand it in terms of cost per micromole. David says that he has been doing that for years. “There was a paper by Nelson & Bugbee back in 2014 on the Economic Analysis of Greenhouse Lighting,” he explains. “They were the first independent researchers to look at horticultural lighting from a long term cost/efficiency standpoint, and to discuss the performance of photosynthetically active radiation as it relates to the selection of the lighting system. With LED efficiency now reaching 2.7 to 3.1+ micromoles per watt, we are approaching the theoretical limits of 3.5 to 4.5 µmol/watt for horti diodes, so there is still a lot of room for improvement.  Lighting cost, efficiency, performance and application all need to be taken into consideration when choosing lighting systems, as this is one of the cultivator’s most important decisions.” 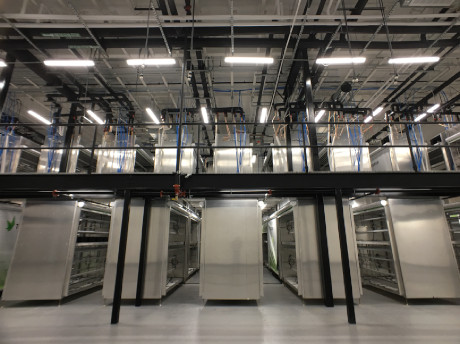 Talking about HPS and LED basically means to talk about different light sources, but also different light intensity and quality. “HPS lights have] specific spectral output leaning more towards yellow and red wavelengths,” David remarks. “On the other hand, with LEDs you can create a wide variety of light spectra; bluntly put, you can even replicate the sun. Energy efficiency and light quality are why I think that LEDs are the only option if you are growing cannabis indoors.”

One of the main arguments that growers use against LEDs is that these do not have much canopy penetration. “For instance, they notice that they have nice flowers at the top, but not further below the canopy. However, I think that this is an apples and orange comparison; HPS are a point-source lights; all of the light they create emanates from a singular point.  This high localized intensity penetrates deeply into the plant canopy but also creates non-uniform PPFD levels on the canopy.  With our distributed, multi-bar style of LEDs, you can get an even distribution of the light from the hundreds of diodes spaced above the canopy.  Additionally, Agrify incorporates cool-to-the-touch LEDs inside of the plant canopy to deliver photons directly to the leaves, ultimately providing greater efficiency and higher yields.  “We aim to maximize photosynthesis without wasting energy.”

Stay tuned for the second part!