The advantages of vertical farming when it's all about canopy size

Oregon was one of the very first states in the US that legalized medical cannabis. Initially, the regulations allowed growers to have only a specific number of plants, thus limiting the size of the operations. “Everything was dictated by the number of plants you could grow,” says Jason McAlister, Director of Cultivation with Tokyo Starfish, a cannabis operation based in Oregon. “This ultimately meant that everyone here became very good at growing large plants and trying to produce the highest quality product possible.” 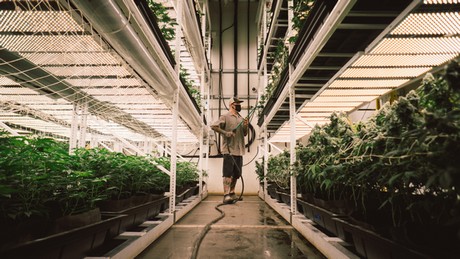 From plant count to canopy size
The situation changed when recreational cannabis was also legalized. “With that change, also new rules came,” Jason further explains. “One of these was that instead of a plant count, we could go for canopy size – literal physical square footage – which allowed us to reconsider how we grew.” Indeed, Jason remarks that Tokyo Starfish was growing with HPS lights, hung 8-10 feet up from floor, and using 15 to 20-gallon pots. When the plants reached a certain size, they were brought to the flower room following the strict medical guidelines. 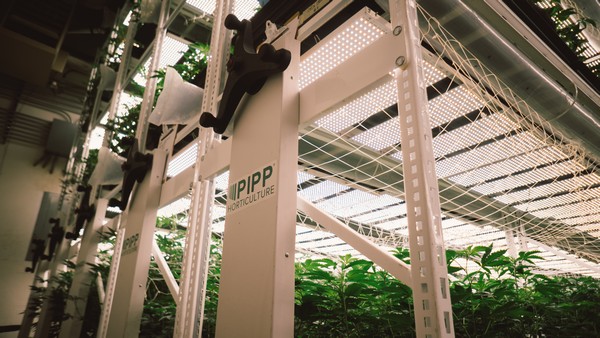 “But then, there was this company here in central Oregon called Smart Grow Systems (SGS) that was pioneering LED lighting powered by Remote DC power- designed specifically for vertical farming,” he says. “So, we met with those guys and started testing their lighting equipment. After one year of testing, we converted the entire facility over to their LED system. This was definitely a turning point, as we wanted to grow vertically, and LED is in our opinion the best type of lighting use in vertical farming. A quick whiteboard session later it was easy to see the benefits of a vertical racking system that would allow us to put multiple canopies in one room.”

G(r)o(w)ing vertical
Thus, Jason and his team started looking for the perfect vertical racking system that could be used together with the LED lights of their choice. “We had to make sure that the quality of the end-product was as good or better than before,” he says. “But obviously, at the end of the day we had to find something that worked optimally with the workflow of the facility, and that’s why we selected Pipp Horticulture’s vertical racks.” 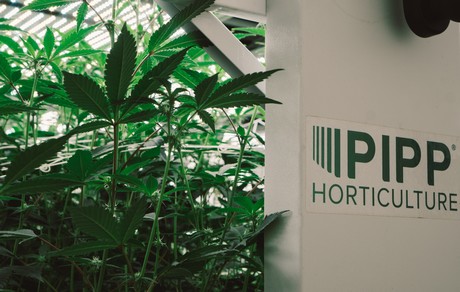 Jason further recounts that Pipp had a relationship with SGS, which made the implementation of their LED a particularly smooth process. “It worked out very well,” he says. “Pipp figured out the light attachments and fans, and how the lights and racks would integrate with each other. It was a win-win to go with the Pipp racks.” Tokyo Starfish then proceeded to install the new vertical racking system themselves, which is their thing as Jason points out; “we build and install everything ourselves. Admittedly, the Pipp system was extremely easy to install, but even easier was the way it operated: the racks are very mobile and have handles that allow you to move the racks to open workspaces, or use the lights more precisely between the plants in the racks.” 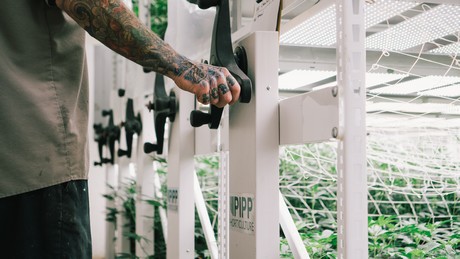 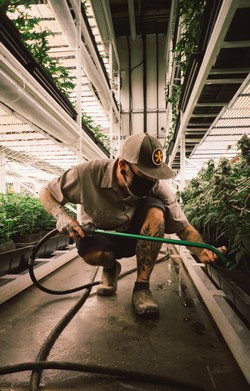 Smaller plants, but many many more of them
“The system has allowed us to re-examine the flow of how we grow. Now we are growing much smaller plants – based on the height of the rack: instead of growing a few hundred large plants, we grow 15,000 small plants.” Jason continues to explain that the implementation of the vertical system not only made them re-evaluate how they grow, but also other aspects of the cultivation. “You have to re-examine how to keep up the mother plants, and how you handle the cloning, for instance,” he says. “But at the end of the day, we have tripled our canopy, thus tripling our yield while reducing energy cost significantly.”

In order to set up everything properly, Pipp Horticulture has worked closely with Tokyo Starfish throughout the process. “Working with Pipp from day one has been on point with our goals,” Jason says. “They came into the facility, took measurements, and basically walked us through the whole process. They have qualified installers who can come to your facility and assemble the rack system. But we like to do things ourselves and the ease of assembling their rack system made quick work for us.” 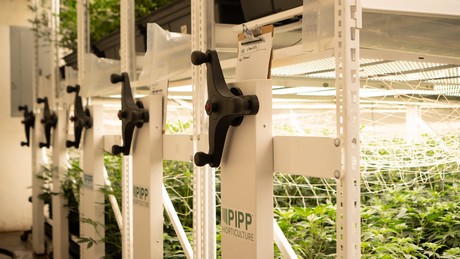 As the industry moves towards consolidation, operational efficiencies will have an even greater role in every cannabis cultivation. “To accomplish that, vertical farming is one of the best options we’ve found,” Jason observes. “The combination of optimized cultivation space, smooth workflow, and LED lighting makes vertical farming a particularly good solution for producers who have the resources and hindsight to adopt the methodology. We believe this will be particularly critical as the most efficient operations should be able to produce a higher quality end product at lower operational and environmental costs, which for Tokyo Starfish, we hope will help attracts more customers and retail partnerships moving forward.”