As of 9 November, Johan van Tuijl will be responsible for all commercial activities of AgrowSer and VDH Foliekassen, both renowned suppliers of foil greenhouses and related products, who have been working together since July of this year from one location in Waddinxveen. The companies together form one of the largest foil greenhouse suppliers in Europe.

In his capacity as sales manager for both companies, he takes over several tasks from CEO Eric van der Klauw, who continues to support sales, but who, with the arrival of Van Tuijl, can focus more on the further development and management of the fast growing organization in the Netherlands and abroad. 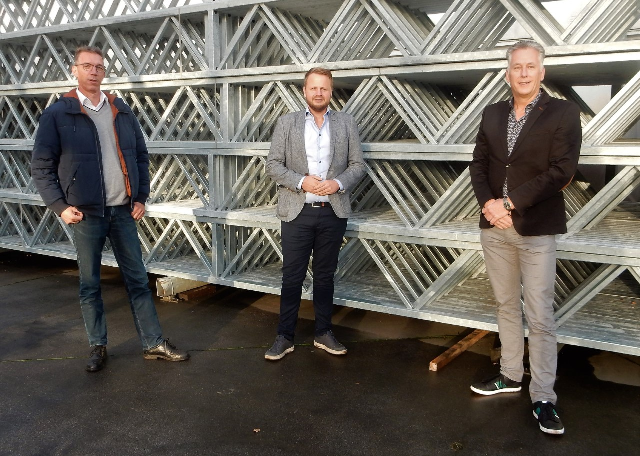 AgrowSer Foil Greenhouses is best known for its multi-span greenhouses with a Gothic curved deck, tunnels, multi-tunnels, fruit canopies and screen halls, while VDH Foliekassen is mainly specialized in foil greenhouses based on Venlo steel constructions with roof systems. Both companies operate independently under their own name with their own product range, but through cooperation they can offer a broader package of foil products, work more efficiently and respond better to the wishes of the clients. Both companies are mainly active in the Netherlands and the German-speaking market, but also in business markets far beyond Europe, such as Japan and Central America.

From now on, Van Tuijl is working from the head office of AgrowSer / VDH Foliekassen in Waddinxveen, where sister company AgrowTec is also located, an organization that specializes in the development and construction of horticultural projects complete with shading, heating, ventilation and other greenhouse installations for vegetable crops, floriculture products. and starting material.