"When you focus on the plant, you are going to succeed"

The variables to take into account in a cannabis growing operation are numerous. Growers and agronomists find themselves dealing with so many things simultaneously, to the point that the chances of making mistakes become particularly high. “Two of the most important things to constantly check are temperature and relative humidity,” Can Külekçioğlu of Timfog explains. “These interact with each other in many ways: for instance, if you increase the temperature in a room, say from 20 to 30 degrees Celsius, but don’t add any water in the room, then the relative humidity decreases.” That’s where Timfog comes into play, applying a concept that the company developed back in 2015-16. “We are a climatization company focused on agriculture,” he says. “I am a mechanical engineer, and the company has three owners, two of whom are mechanical engineers too, and the other one is an agronomist. They combined these two different disciplines and came up with a unique perspective over the agriculture world. That has allowed us to do climatization in 150 hectares of greenhouses every year on average.”

Vapor Pressure Deficit
This unique set of skills and knowledge has allowed the company to come up with a solution that simplifies the control of temperature and humidity. “What we did was we simplified the temperature and relative humidity metrics by utilizing solely VPD: vapor pressure deficit. The vapor pressure deficit measures the vapor in the air and the vapor pressure on the leaves.” To control this, growers have been using fans to move the air in the room, thus allowing plants to more easily transpire. “If the air in a cultivation room is not correct, plants won’t be able to eat,” Can points out. “You can compare this to humans: if you were in a sauna, you wouldn’t be particularly happy to eat; the same goes for plants. The roots of the plants have to extract the water and nutrients from the soil, which then evaporate through the leaves.” As said, growers have been then trying to dehumidify the room by moving the air around the plant. “But this is a mechanical process: for the water to evaporate from the leaves, the outside air has to have less water than the inside of the plant. It is the same thing that happens when we sweat. The thing with plants is that they need nutrients as well, and if they cannot evaporate the water, then the plant cannot take nutrients: it needs to lose water to be able to feed itself.” 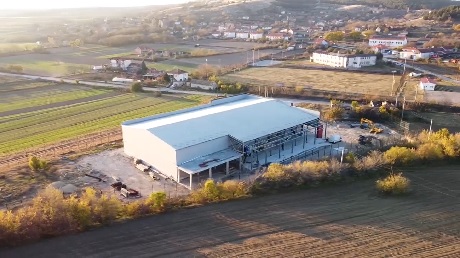 Can notes that the whole company has always been 100% focused on plant comfort, while keeping an eye on sustainability. “I have seen so many ridiculous investments in terms of energy consumption, in terms of sustainability,” he says. “There was so much hype in the cannabis world that allowed people to invest ridiculously. We, as a company, take the economics of the operation into the equation: we would never offer something that is not economically feasible for our customers.”

A project in North Macedonia
This is exactly the mentality that Timfog has brought to the cannabis project they have worked on in North Macedonia. “We had signals from the North Macedonian market already after the GreenTech in 2019,” Can says. “Then, a project started there last year in September-October. Investors asked us to go there to see the facility, and when we did, our idea started to crystallize. The facility was actually there, the structure was there, but it was designed to be for agricultural production, but not for cannabis: technically speaking, the building was good, but climate conditions and material flow, for instance, were not suitable for cannabis.” 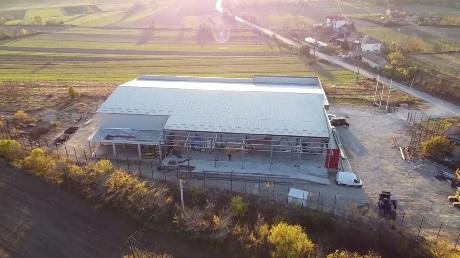 The project is a facility by the company Endo Kanna; and now, this has been completed. “We handled the growing rooms, all the ventilation and so on,” Can continues. “The company is utilizing a very sophisticated aeroponics system by AEssenseGrows, but we have never worked with such a thing before. So, we flew to Denmark to the company, and gathered all the information we needed and beyond. This because the most difficult thing to get right was the irrigation, since we are talking aeroponics.”

With this project, Timfog wanted to demonstrate how easy it is to handle a cannabis grow if the two variables of temperature and relative humidity are reduced to just the VPD one. “The machine we have installed uses an algorithm so that the grower can forget about complex matters and focus on one parameter only. All the info that the machine collects can also be accessed later on, so that the grower can check out what he did in terms of nutrition and climate control, thus coming up with decisions for future cycles to have a more targeted focus.” This last part, focus, is probably the most critical thing to have when it comes to running a cannabis cultivation. “When you focus on the plant, on the cultivation, as an investor, then you are probably going to succeed,” he says. “The majority of cannabis investors are not interested in the plant, they don’t care about it; they are just focused on the end result. Endo Kanna is focused on the plant instead, on the genetics, on the quality of terpenes. I think they are bringing something new to the table.”

“The industry is still very young, there is a lot of trial and error still. Yet, I think that in a couple of years or so, Endo Kanna has the capability to further excel, they will. The master grower has to orchestrate all the machines and processes, but after a couple of cycles, they will have a huge know-how, and that will be truly game-changing.”