Although the cannabis industry is one of the fastest-growing sectors of horticulture. Yet, there are still many things to understand about the cannabis plant. Research on it has been slowly catching up, after years that were hampered by the illicit status of cannabis. Now, we are in the process of constructing a specialized knowledge, that knowledge that horticulturist could always rely on when they had to grow their vegetables. In a recent study authored by Ayelign M. Adal, Ketan Doshi, Larry Holbrook, Soheil S. Mahmoud, it was explored the genes involved in the development of male flowers from female plants.

Usually, female cannabis plants produce a female flower. At the same time, it is widely known that there are environmental and developmental factors that might induce the female plant to produce male flowers. Other than genetic makeup, growth conditions, photoperiod, plant hormones, and certain chemicals can influence the sex of the cannabis flower. Because of these, the authors point out that growers could face challenges as male flowers have limited amounts of cannabinoids, compared to female ones. On top of that, there is the risk that male flowers might fertilize female flowers, thus eventually lowering the yield of the crop. 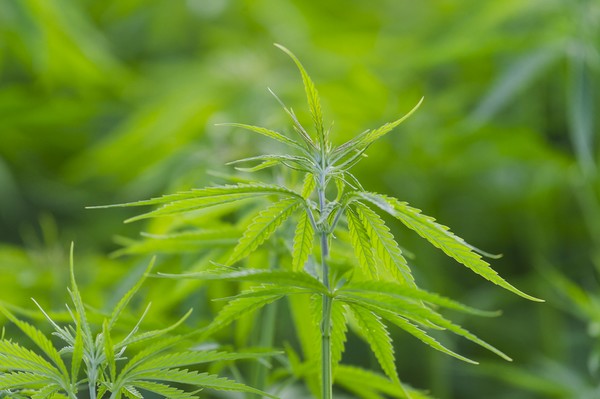 To further understand the underlying processes that lead to that, the authors have applied silver thiosulfate to induce male floral organs, and then they conducted a comparative analysis to identify the genes involved in the sex modification and flower development.

The study showed that among those genes, there are some “homologous to those involved in flower development, and plant hormone signaling. The results suggest that silver thiosulfate-induced stamen development in female cannabis plants can be associated with the complex networking of diverse genes involved in floral development, phytohormone signaling, sugar/lipid metabolism, and other sex-related pathways.” The research concludes that it is necessary to further understand the exact role of these genes. Complete comprehension of these underlying processes would be useful to understand a plant’s predisposition to produce opposite sex flowers, thus helping growers to regulate such a trait according to the final product they want to get out of said plant.